How This Father-Daughter Duo Lost 60 Pounds* Together

*People following the WW program can expect to lose 1-2 pounds/week. Cassie, WW Guide, and Peter, lost weight on a prior program and is continuing on WeightWatchers.

Although Cassie and her father, Peter, have always been close, their relationship is better than ever now that they’ve both joined WW: After losing a collective 60 pounds*, they golf and run races together, share recipes, and text each other daily. To find out how the dad-daughter duo became an unstoppable team, WW caught up with Cassie and Peter to discuss their journeys:

WW: So who joined WW first?

Cassie: That would be me! My weight had always been an issue, but growing up, I distracted myself from my insecurities with activities like piano, musical theater, and cheerleading.

It wasn’t until November 2017 that I decided to make a change: I’d started teaching in a new school district that fall, and while I was excited to dress up for Halloween, the only costume that fit me was a size XL men’s Jersey Devils hoodie.

When I saw a photo of me in the outfit, I was mortified. I didn’t recognize the person I’d become. I knew I had to do something, so I joined WW a few days later in early November 2017.

Peter: I’d also dealt with weight issues all my life: I started feeling bigger than other kids around age 10 and remember my college friends teasing me about my size. I hated how self-conscious I felt. Over the years, I tried losing weight on my own, but nothing stuck: I always went back to fast food, fried chicken, burgers, large sandwiches, and cheese on everything.

In 2017, I was diagnosed with type 2 diabetes and prescribed medication, but when I went back for a check-up in early 2018, my blood glucose numbers were off the charts. My weight was affecting my health, and it was scary. When my doctor told me that weight loss could help my numbers, I thought of Cassie and my wife, who’d both been very successful on WW. I decided to try the program, too.

WW: But you didn't tell Cassie when you joined, did you?

P: I was nervous about it! I didn’t want her to see me fail at something that she believed in so strongly.

C: When my mom told me, I was so excited! I knew my dad was on the right path.

RELATED: Invite a Friend to WW! You’ll Both Get a Free Month

C: When I walked into the WW Studio, I recognized the WW Guide—she was a teacher from my school district. She quickly turned into an ally on my journey—someone who never judged me, but egged me on with excitement every step of the way.

After my first Workshop, the WW Coach who’d led the session asked about my “why,” or motivation to join WW. At first, I said, “To have a healthy relationship with food,” but she pushed me to go deeper. Our conversation helped me realize that I had been eating to mask feelings of loneliness and fear that stemmed from my new job and living alone in a new city. I left feeling motivated to make changes right away and stay accountable.

P: At my first WW Workshop, I heard the WW Coach and members talk about eating more whole foods. When I left the Studio, I decided to jump right into the program. It wasn’t long after that I was following Cassie’s lead by reporting on my weekly weight loss in our family group text!

WW: That’s awesome—what kind of lifestyle changes did you make that first week?

P: Before joining WW, cheese had been the main ingredient in all of my meals. The first change I made was to switch to fat-free mozzarella and start measuring out my portions. I also started incorporating more fruits and vegetables into my day—it helped me stay fuller for longer. If I was hungry, I grabbed green and red pepper strips instead of potato chips.

What Peter ate then vs. now

WW: And what changes did you make during your first week, Cassie?

C: I started thinking about how I could still fit in foods I loved! I found a recipe for brownies made with Greek yogurt, which were delicious, and started drinking wine with fewer WeightWatchers values.

To combat my emotional eating, I’d sit at my piano instead of heading to the pantry. There's something so therapeutic about playing through a Beethoven sonata and killing it!

WW: What are the best WW tips you’ve gotten from one another?

P: Cassie got me into Greek yogurt. She kept talking about how it’s a great substitute and has great flavor, so I thought, “Let me give this a try.”

C: I’m practically an ambassador for it! I even put it in my omelettes: it takes on the texture of ricotta as it cooks.

P: We both have a killer sweet tooth, so now we use Greek yogurt as a base for dessert. Cassie loves to mix Greek yogurt with pudding mix and top it with a chopped up WW Mint Cookie Crunch Mini Bar, and I like to mix in fruit preserves. It’s so tasty.

WW: And Cassie—has your dad shared any good hacks?

WW: Yum! So we’ve heard you’re both very active. At what point in your journeys did you begin working out?

C: I’ve always been competitive, so when I heard a member in one of my first Workshops talking about running a 5K, I wanted to do it, too! A few weeks after joining WW, I started walking and running, slowly building up to running 3 miles straight. In 2018, I resolved to run a 5K every month of the year and shared the goal in a Workshop for accountability. 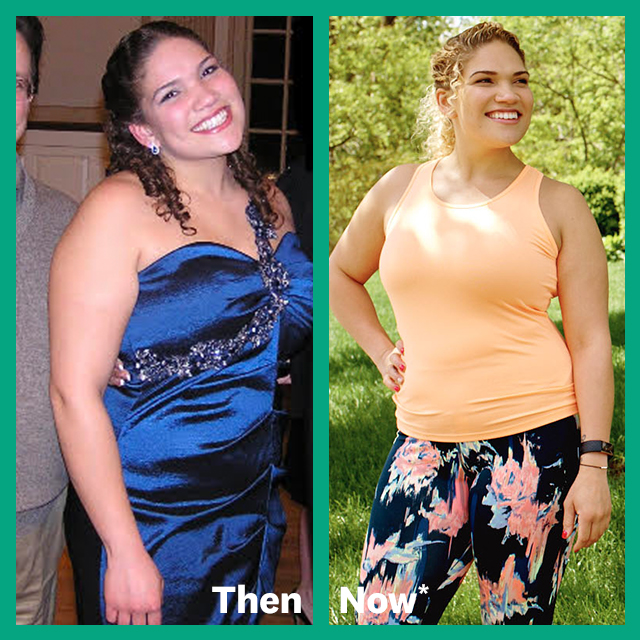 P: My wife and I would cheer her on at every race. When I joined WW, I thought, “Eventually, I can do that, too,” and sure enough, at 60 years old, I started running for the first time. In four months, I went from being sedentary to running for an hour without stopping. It’s unbelievable. And I thank Cassie for the inspiration: I saw her success and commitment to WW. Cassie is still faster than me, but we recently ran our first 4-mile race together.

C: Crossing the finish line together was a wild experience. We ran in tandem and achieved the goal together.

P: It was great! We also play golf together; my goal is to walk the course every time we play. Already, I’m no longer trying to swing around my stomach. It’s much more fun now!

C: I agree. Losing weight has helped me to feel where my strength is coming from. I love that feeling even though I’m going to miss the golf cart! 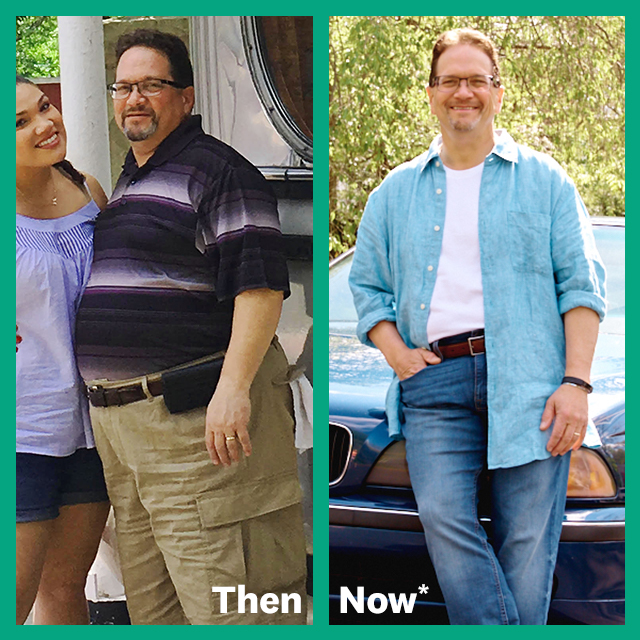 WW: You’ve both made such great strides!

C: Watching my dad completely turn his life around has been so motivating. I’m proud of and excited for him. We want to keep you around for a long time, Dad.

P: At 61, a lot of people look at life as downhill from here. I’m looking at it differently: I’m getting younger every week. I look better, I feel better, and I can do more things than ever before.

C: And you beat type 2 diabetes!

P: I’m off my medication, and my doctor said I’m diabetes-free.

WW: And Peter, how was it felt to see your daughter work toward her goals?

P: From a young age, Cassie has always shown so much strength. Anything she sets her mind to, she does it.

C: Thanks, Dad. But it feels different now. Before, my weight was like a dark shadow. I always felt like there was something wrong with me. Now I feel strong, pretty, proud, and confident. A lot of people say, “WW gave me my life back.” But I say, “WW gave me a whole new life.” 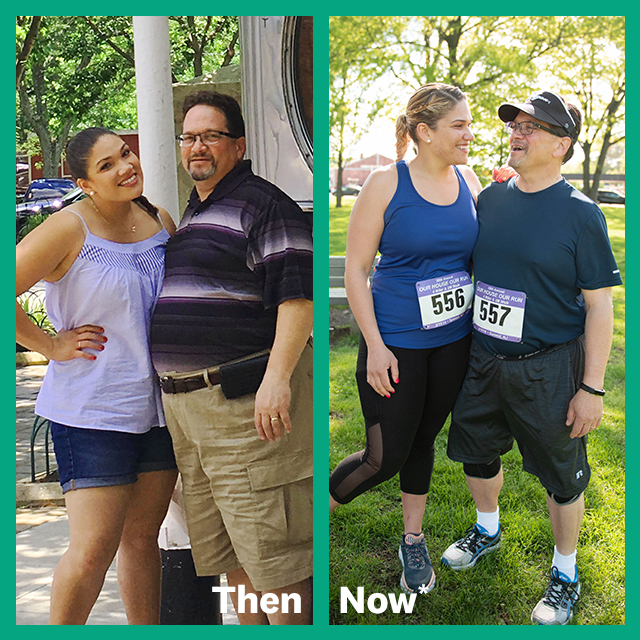