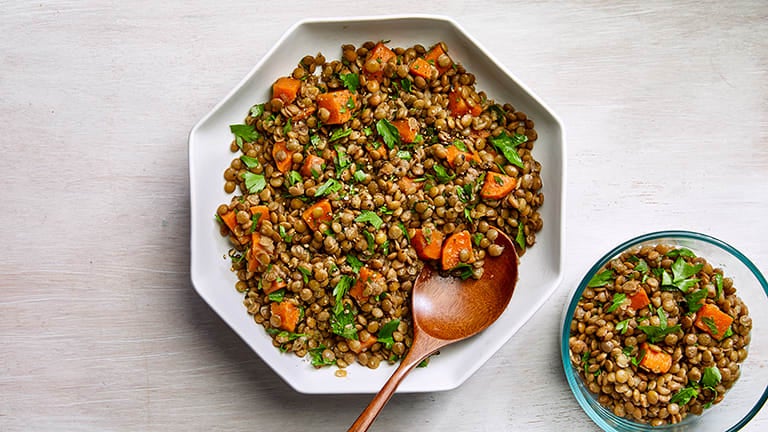 All your top questions about these legumes, answered
By Lisa Chernick

While “zero” usually means “nothing,” at WW, ZeroPoint™ foods are everything! If beans, peas, and lentils are ZeroPoint foods for you and you’ve got questions, you’re in the right place.

Wait, what exactly does beans, peas, and lentils include?

Here’s a list of all the ZeroPoint foods in the category.

Beans, peas, and lentils are loaded with fiber, vitamins, and minerals. Cook ’em up in a chili, toss them into a salad for a meat-free protein boost, or purée them with garlic and olive oil for a tasty dip.

So anything legume-based is a ZeroPoint food?

Well, not exactly. Let’s roll through some details.

Why are beans, peas, and lentils ZeroPoint foods?

Healthy eating patterns include a variety of plants from all five of the USDA’s vegetable subgroups: dark green; red and orange; beans, peas, and lentils; starchy; and other vegetables. Beans, peas, and lentils are great sources of fiber and protein and are filling and nutritious, so we want to encourage you to eat them.

Why are chickpea snacks not a ZeroPoint food?

Dried bean snacks typically have added oil, which increases their PersonalPoints™ values. We recommend tracking dried bean snacks to increase awareness of how much and how often you're eating them.

If I buy canned chickpeas and roast them in the oven, are they still a ZeroPoint food?

The chickpeas themselves will remain a ZeroPoint food, but any other ingredients with Points® values that you’ve added, like oil, still need to be tracked.

Why is hummus not a ZeroPoint food?

Hummus is not a ZeroPoint food because it’s usually made with ingredients like olive oil and tahini, which have PersonalPoints values.

When making a dip or spread with ZeroPoint foods, you have to track only the ingredients that have PersonalPoints values.

What are the major differences between dried beans and canned beans?

Besides the obvious difference in convenience and speed, there are some other key distinctions.

Did you know that canned beans will actually last longer than dried ones? Despite having a long shelf life, dried beans shouldn’t be kept hanging around for years. As they sit, they continue drying out and eventually become so dehydrated that they’re difficult to cook to the proper creamy, tender texture that you’re looking for, even after hours (and hours!) of simmering.

Another big thing: Canned beans often include salt and other additives to maintain a certain texture after months, if not years, of sitting in liquid. This can lead to beans with a slightly tougher skin and a crumblier consistency on the inside than a dried bean that’s been cooked from scratch.

Bottom line: No matter which you choose, both types of beans are equally nutritious and delicious.

Is there a quicker way to cook beans and legumes from scratch?

If you have an InstantPot® or a pressure cooker, say good-bye to lengthy soaking and simmering times. A batch of beans will cook in a fraction of the time it takes on the stovetop. About 30 minutes of cook time will give you a silky, smooth result.

Do I really have to soak my dried beans before cooking them?

When following a recipe for cooking dried beans, the first two steps are almost always soaking them overnight, then giving them a rinse before adding fresh water and cooking them. These steps can be helpful in cutting down the cooking time, especially if you’re not sure how long your dried beans have been hanging around (either in your cabinet or on the supermarket shelf). Soaking can also help rid the beans of some of their gas-promoting compounds. On the other hand, if you’ve forgotten to soak your beans ahead, don’t fret. Just factor in some extra simmering time for the beans to reach fully cooked status.

Some of Our Fave Recipes with Beans, Peas & Lentils

Lisa Chernick is the executive food editor and has been on WW’s editorial team since 2005. She creates food and recipe content including WW cookbooks.