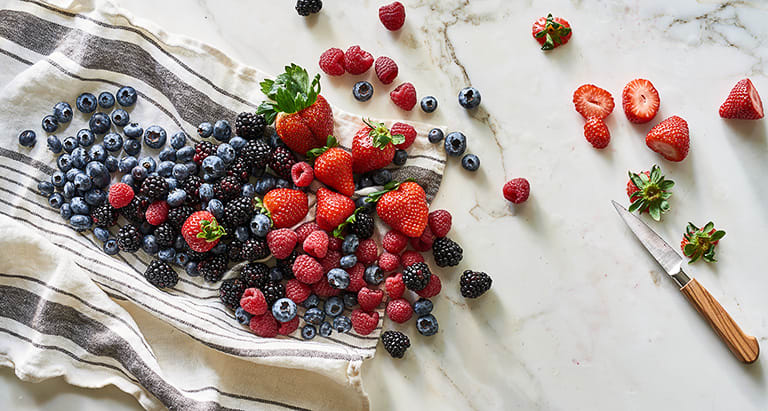 Fruit is rich in vitamins, fiber, and other nutrients that can help you feel satisfied. An apple a day, indeed!

You probably know that grapes are a ZeroPoint™ food, but what about raisins? And why does fruit count toward your Smartpoints Budget when you blend it into a smoothie? Our nutrition team will point you in the right direction.


Is fruit always a ZeroPoint food?


Not always. Fruit WILL be ZeroPoint food if it is:

Fruit will NOT be a ZeroPoint food if it is:

Why do fruits and vegetables count if I drink them in a smoothie, but not if I eat them?


Whole fruit and most vegetables are ZeroPoint foods. But once they become part of a smoothie, the experience of eating them changes.

Research shows that liquids don’t promote the same feeling of fullness as solid foods do.1 When you drink something, it eliminates the act of chewing which may impact the signals between the belly and brain.2 This means that the smoothie or juice you’re drinking will not promote the same amount of fullness between meals as eating the fruit might.


RELATED: Why fruit in smoothies "counts"


Why are avocados and coconuts not included in the ZeroPoint list?

While healthy, we believe these are foods that can be easily overconsumed and therefore it is important to track them.


Can I eat too much fruit?

If you’re eating more fruits and vegetables than you used to, but you’re using them for healthy snacks, to bulk up your meals, or as a tide-me-over when you’re down to the last few SmartPoints for the day or week, then great! If you’re overeating bananas because they’re “free,” you might want to pull back a bit.


If I use the Barcode Scanner in the WW app on a packaged meal, like a fruit and granola parfait, will it automatically remove the ZeroPoint foods?


Yes. If the nutritional data is in our database, the SmartPoints value shown will have the ZeroPoint foods removed.

Tomato and nectarine salad with scallions and pumpkin seeds