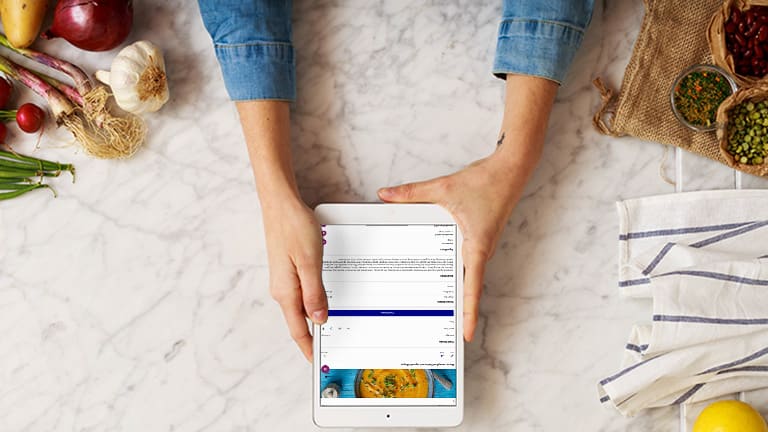 5 ways to reduce the SmartPoints value of your favorite recipes

SmartPoints savings begin in the kitchen! Reduce the SmartPoints in home-cooked meals with these insider tips.

“Wait—it’s how many SmartPoints?!”

One of our members’ favorite tools is the Recipe Builder because it lets you create and store your favorite recipes for quick tracking, and it’s super easy to use. But every now and then, when you create a recipe (let’s say, Grandma’s chicken parm) that turns out to be so brain-exploding-ly high in SmartPoints, you might find yourself a bit shell-shocked.

Does this mean saying good-bye to a family favorite? Heck no. With some savvy swaps and clever tinkering, you can go forth and conquer that parm—and any other recipe, too.

But first: What’s the Recipe Builder and where do you find it?

It’s a tool that’s included with your membership and available on the WW app and on WW.com. Instead of entering every single ingredient in a recipe every time you want to track it, you can do it once and track it in three easy taps. Here’s how to create a meal and build a recipe in the WW app.

How to reduce the SmartPoints in your favorite recipes

1. Dial up the ZeroPoint foods

If you’re building a big batch recipe in the app and are shocked by its SmartPoint value, try playing with the ingredient amounts. Bumping up the ZeroPoint ingredients (i.e., fresh fruits and vegetables, which are ZeroPoint foods on all myWW+™ colors) will increase the dish’s volume without amping up its total SmartPoints value. Meaning? You'll get more portions with fewer SmartPoints per serving.

2. Use a little less

If there’s an ingredient you really love and don’t want to swap it out completely, just use a little less. For example, see how the SmartPoints change when you go from one cup of mozzarella to a half (or three-quarters) cup.

3. Lighten up an ingredient

To reduce the number of SmartPoints per serving without overhauling a recipe, try replacing one high-SmartPoints value ingredient with a lower version. For instance, try part-skim mozzarella cheese instead of whole-milk varieties. Tweak tradition with clever ingredient change-ups you'll love justa s much as the originals. Bonus: These are all gluten-free ways to get in more fruits and veggies!

Swap in antioxidant-rich sweet potato slices for traditional toast with recipes like Sweet potato toast, with banana, honey, and pecans.

Use spiralized zucchini in place of spaghetti in pasta recipes. Spirazlied carrots, beets, and squash and tasty too. Try it out with Zucchini noodles with tomato & basil cream sauce.

Forget the dough and use vitamin-loaded acorn squash as a crust for your favorite pies, like this Acorn squash apple pie.

Check out our recipe for Bell pepper nachos and spinkle nacho toppings over baby pepper halves instead of chips.

It doesn’t take an award-winning chef or registered dietitian to see that smaller portions of even the richest foods deliver fewer SmartPoints. If you’re used to eating a full cup of pasta, for instance, try serving up two-thirds of a cup. The WW Recipe Builder allows you to input the number of servings in each dish; the more portions a recipe makes, the smaller each serving will be, and the fewer SmartPoints it will have.

5. Eat lighter earlier in the day

If you want Grandma’s chicken the way you remember it—in all its cheesy glory—that’s totally fair and totally doable. Start by figuring out how many SmartPoints you’ll need. Once you know that, you can work backward to figure out where you can shave off some SmartPoints from other meals throughout the day. (Remember, you can roll over up to four unused SmartPoints  per day into your weekly Budget! That’s what those weeklies are there for!)

RELATED: How to use rollovers and still lose weight