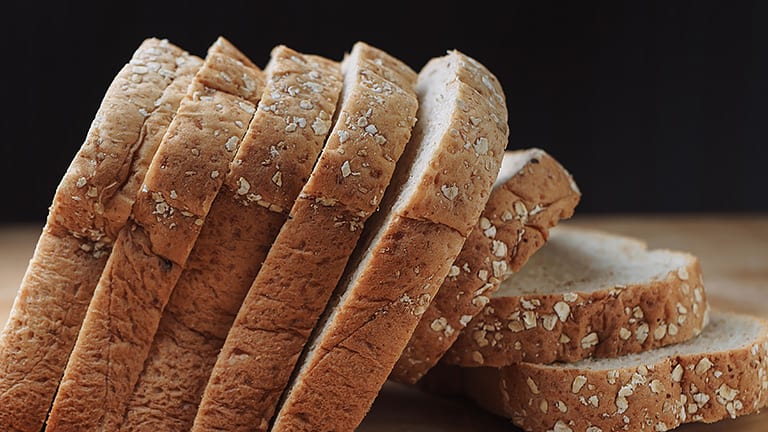 All of your carbs questions—answered

WW tackles the frequently asked questions about carbohydrates and busts some myths.
By Toni Gerber Hope

Nothing divides a dinner table faster than the bread basket. There’s the friend who dives right in, the one who picks out the smallest slice, and the one who wants it taken away, fast. And bread isn’t the only flashpoint. Pasta, fruit, cereal, you name it—everybody’s got a different take, but many of us are fuzzy on the facts.

Got quite a few questions? Read on to clear up the carbs confusion and find out what’s really best for managing both your weight and your health.

RELATED: The carb-lover's guide to eating on WW

I know that bread and pasta are carbs—what else is?

Carbohydrates come in the form of sugar, starch, or fiber. In addition to dinner rolls and rigatoni, carbs are in grains, fruits, vegetables, dairy products, and starches like beans and potatoes. Sugary treats and beverages like soda and juice also fall under the carbs umbrella.

It sounds like the current trend boils down to just skipping carbs. Should I join the bandwagon?

Not if you value your brain, muscles, and other vital organs. They rely on carbs. That’s because your digestive system breaks down carbs to form glucose, aka your body’s version of fuel. If you cut way back on your carbs intake, your tank starts running low and it’s possible that you’ll develop headaches, weakness, muscle cramps, and fatigue. Ugh, right?

To avoid that run-down, draggy feeling and ensure that your body’s getting what it needs, the USDA Dietary Guidelines recommend getting about half to two thirds of your daily calories from carbohydrates. That said, certain types of carbs can help your body more than others. Which brings us to the next question ...

I keep hearing about “good” carbs and “bad” carbs. What’s the difference?

They’re definitely not scientific terms! But when people say “good” carbohydrates, they usually mean complex carbs, ones that are closer to their natural state. Vegetables, fruits, and beans are some obvious examples, but whole-grain bread, whole- grain pasta, and brown rice also count. These carbs are full of fill-you-up fiber as well as their original vitamins, minerals, and other nutrients.

When people refer to “bad” carbs, on the other hand, they’re typically talking about refined carbs. These include white bread, pasta, and rice as well as pastries, many sugary cereals, and other foods that have been highly processed, which eliminates the fiber and whatever other nutrients they may have once had.

Instead of filling you up, “bad” carbs can actually lead you to eat more. That’s because when you chow down on refined carbs, your glucose levels spike and then plum- met, a process that’s linked to hunger and cravings. But when you eat “good” complex carbs, fiber puts the brakes on your digestion process, allowing glucose to be released into your bloodstream slowly and steadily.

Another reason it’s smart to opt for whole grains: There’s a very good chance you’re not getting enough of the fiber that they deliver. “About 90 percent of American adults are missing the mark,” says Nicola McKeown, PhD, a nutritional epidemiologist at the Jean Mayer USDA Human Nutrition Research Center on Aging at Tufts University. It’s recommended that we get about 25 to 30 grams of fiber daily, but most people are currently taking in closer to 15 grams. Eat up, folks!

RELATED: Why all carbohydrates are not the same

OK, refined carbs aren’t as healthy as complex ones, but are they really “bad”?

Most people are eating far too few vegetables, legumes, fruits, and whole grains and far too many refined grains. This diet pattern won’t help you stay at a healthy weight. “Studies have shown that people who eat more refined grains gain extra weight over time,” McKeown says.

Recent studies have also linked a diet high in refined carbs with lower levels of “good” HDL cholesterol and elevated levels of triglycerides (a type of fat in the blood); both up your chance of heart disease, while high triglycerides can also signal an increased risk for stroke. Plus, the blood sugar surges you get from eating refined carbs can lead to insulin resistance, another risk factor for heart problems as well as diabetes.

But don’t panic: You’re not limited to brown rice and oatmeal. As long as complex carbs make up the majority of your carb choices, you can enjoy a slice of white bread at your favorite Italian restaurant as part of your pattern of healthy eating.

Can I gain weight from eating too many complex carbs?

Theoretically yes, but honestly, for most people it’s difficult to overeat many forms of complex carbs. (After all, how many servings of spaghetti squash can you gobble at one sitting?)

This is part of the reason that certain complex carbohydrates, such as beans and legumes, are ZeroPoint® foods on Blue and Purple on myWW+. These lower-calorie, nutrient- dense foods are filling and a boon for your weight loss, so members are encouraged to eat them, says Hope Paul, RD, and a WW-Certified Diabetes Educator Coach.

As with everything, however, moderation is smart for complex carbs, too. And keep in mind that other complex carbs, like potatoes and whole wheat pasta, do have SmartPoints values on Green and Blue, since it’s easier to go back for a second—and third—helping of these foods.

If certain carbs are healthy, why do some people swear by cutting out carbs to lose weight?

Very low-carb diets, including the extreme ketogenic (keto) diet, are based on the principle that if you don’t give your body carbohydrates for fuel, it will burn fat instead, resulting in weight loss.

Adherents do seem to drop pounds—at least at first—but it’s borderline impossible to continue eating this way. Additionally, (hungry!) dieters on these plans often double down on not-great-for- you foods, such as cheese and cuts of high-fat meat. Research has found that eating style to be associated with a shorter life span. Yikes.

The bottom line: The long-term effects of being on a ketogenic diet are still being studied, so it’s not a good idea to eliminate carbs without talking to your doctor beforehand. If you get the OK and want to try keto, plan extremely carefully to ensure that you get enough fiber and other nutrients that a healthy carbs-rich diet would typically provide.

What about cutting back on carbs without banning them altogether—is that good for weight loss?

It’s true that cutting out some carbs, especially foods that are also higher in fat and added sugar, could help the scale go down. Stanford University researchers found that when people got only about one third of their daily calories from carbohydrates (mostly the healthy kind), they lost weight.

But saying bye-bye to bread, brownies, and other carbs isn’t the only way to lose weight. If you love your carbs (and honestly, who doesn't?), you can enjoy them and drop pounds while on WW.

I just kicked off a new workout routine. Should I bump up my carbs intake?

To provide their bodies with extra fuel, elite athletes and people gearing up for an intense workout—say, a two-hour long-distance run—often pile their plates high with foods such as spaghetti. But unless you’re training like Serena Williams or Michael Phelps, there’s no need to eat additional carbs before a moderate workout.

Instead, space out your meals and snacks so that you get some carbs about an hour or two before you exercise. Good options to chow down on pre-workout include whole-grain cereal, a piece of fruit, or whole wheat toast, says Nancy Clark, MS, RD, a sports nutrition counselor in West Newton, MA. This gives your body time to digest so that you’re not exercising on fumes.

Label lingo: How to read one

That bread wrapper may show hearty stalks of grain or claim that it’s baked on a family-owned farm in Vermont. But to know what nutritional benefits you’re actually getting, you need to decipher the terms on the ingredients label.

"Whole": Whether the base comes from wheat, rye, or corn, unless the term whole comes before the word flour, you’re dealing with a refined product. The whole grain should also be the first item listed.

"Enriched": This signals that the grain has been depleted of nutrients during processing and then fortified with certain vitamins and minerals. But despite the fact that some nutrients are replaced, enriched grains are overly processed. This means that they have an immediate and unhealthy impact on your blood sugar.

"Multigrain": Sounds wholesome, right? Not so fast. Unless the first ingredient is whole wheat or whole grain, the bread could be made with refined flour.

"Sprouted grains": Good news—these are whole grains. And because sprouting breaks down starches and other components, these slices are also more easily digested and their nutrients more readily absorbed.

"Thin or light-style breads": These are lower in calories and can be made from either whole or refined grains—check the label. These breads may also contain manufactured fibers that can trigger bloating in some people.

"Gluten-free": It’s true that this type of bread is a good option if you have celiac disease or gluten sensitivity, but know that many versions contain refined starches, including tapioca or potato starch.

What is "whole grain"?

Whole grains contain the kernel of the grain, which contains three parts: the bran, the germ, and the endosperm. Each of these houses vitamins, minerals, and fiber—nutrients that you benefit your body.

On the flip side, milling and refining a grain like wheat or rice to become, say, white flour or white rice, strips away the bran and germ. During this process, almost all the fiber is lost as well as a significant portion of other nutrients. Keeping whole grains intact can mean more nutritious meals—which is why unrefined grains are a smart choice.

"Healthy carbs" you can eat on WW

Lock in your extraordinary savings today!
As low as $15/month - for LIFE!