It wasn’t until Gemma tackled her unhealthy relationship with food that she finally gained control of her life – and look at her now!

"My confidence has skyrocketed and now I feel I can achieve anything I put my mind to." 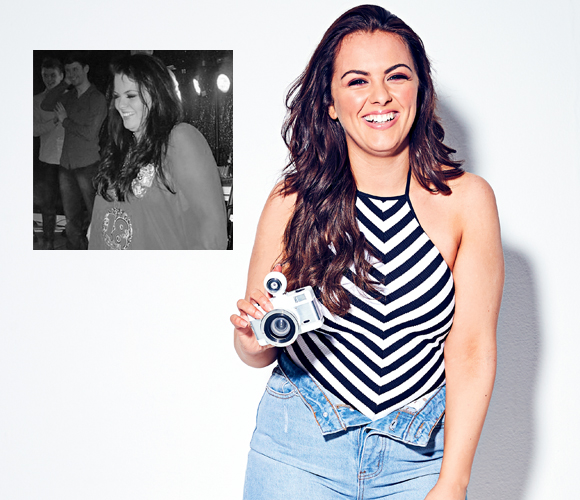 Ever since I was five,

I’ve been a ‘big girl’. My parents split up around that time, and although I don’t remember much about it, Mum tells me that’s when I started to eat for comfort. The transformation from healthy little girl to very overweight teen had begun. However, it wasn’t until an embarrassing event at the age of 16 that my weight really began to affect me; what should have been a funny holiday memory became the opposite. While standing in the queue to visit Madame Tussauds in London, my boyfriend at the time pointed to a giant frame showing the Incredible Hulk, which visitors could stand in to have their photo taken.  It was meant to be a bit of fun. But not for me: I was too big to fit in it. And so, shame-faced, I had to creep away.

It was two months

before my 18th birthday and, hard as  it seems to believe, before then I genuinely hadn’t noticed that I was seriously overweight – or perhaps it’s more honest to say I chose not to notice. I knew I was bigger than my friends, but the way I saw it, some kids my age were even bigger, and I didn’t let my size stop me from having fun. The root problem was my unhealthy relationship with food.

After hearing some recommendations

from my friends, I joined WW, along with Mum, who wanted to learn how to change her own eating habits and cook healthier meals. We went to WW Workshops together – I don’t think I would have had the courage to go without her support.  When I first stepped on the scales I was shocked: at 16st, I was almost twice the weight of other girls my age. It was the spur I needed and, for a few weeks, Mum and I both felt really positive and motivated. Sadly, I didn’t keep it up. While Mum learned a lot from our WW Coach and fellow WW members about how to lead a healthier lifestyle and started preparing healthier meals, I reverted to having double portions, or eating three treats instead of one, telling myself that as they were ‘healthy’, it was okay.

My motivation continued to slip,

and by the time I turned 18, I’d only lost 1st. I tried to hide it, but my size was making me feel more and more unhappy. That’s when Mum suggested gastric-band surgery. It seemed drastic, not least because once you’ve had a band fitted, you can never have it removed; all you can do is deflate the silicone so it is less restrictive. I knew it wasn’t an instant fix, but feeling so down in the dumps about my weight made me think it might give me a boost and kick-start my weight loss. Mum paid for me to have the £5000 surgery privately (I’ve paid her back now) and, while I was apprehensive about whether it would work, I felt pretty positive at first. I was told the weight would come off quite quickly and, as I was eating only mushy food for the first two weeks, I felt confident I was on my way. However, I chose to eat foods such as soft cheese, mashed potato and melt-in-the-mouth chocolate – habits I continued even after I was given the all clear to start eating regular foods.

So, a year after the band

was fitted, I’d only lost 1st. That was probably my lowest point – all that money spent and all that hope I’d had, yet there was so little progress made. I still felt fat and self-conscious. So, two years after I’d first joined,  I returned to WW. It was the start of a predictable pattern: I’d go to Workshops for a while, lose some weight then, buoyed by my success, convince myself I could do  it on my own. My good intentions never lasted long though; the ‘one-off’ treat I told myself would do no harm would quickly spiral into me sneaking chocolate into my room when  I thought Mum wasn’t looking. The pattern only really began to change last year, when I decided  to move in with my then boyfriend. It was the catalyst for a change of mindset: I felt like a proper grown-up at last – one who needed to confront her unhealthy relationship with food. That’s when I started to take my weight loss seriously. I realised it wasn’t just about losing weight to look better; it was about taking charge of my nutritional needs, so that I would have a much healthier, happier future ahead of me. I realised that a lot of the time I ate mindlessly. These  days, I try to think before I eat – so instead of mindlessly snacking on a chocolate bar, I’ll have some celery with low-fat houmous.

It’s been a long journey

to get to  this point, with lots of bumps along the way. However, with just over a stone to lose to get to goal, I’ve never felt more positive about the future. My confidence has skyrocketed and now I feel I can achieve anything I put my mind to. My mum, sister and friends are all so proud of me too, which makes me feel great. I only wish I could go back to my 18-year-old self and tell her she doesn’t need that gastric band after all.