*People following the WW programme can expect to lose 1-2lb/week. Georgia lost weight on a prior programme and is continuing on myWW™.

I'd gained more than 2st during my first pregnancy in 2013. Three years later, I underwent IVF treatments to help conceive again, which left me with an extra stone. During my second pregnancy, I gained another 2st.

In 2016, I was at my heaviest when my doctor advised me to stop squatting, jumping, and running, and avoid any other activities that could aggravate my joints, to avoid a knee-replacement surgery. I wasn’t an active person by any means, but the advice felt like a sedentary sentence. I didn’t want to just sit there and watch my family live their lives.

RELATED: Invite your friends to WW - for each one who joins, you’ll both get a free month on us!*

That autumn I signed up for WW. During my first few weeks as a Digital member, I stopped eating fast food meals for lunch every day, measured the portions of food I was eating, and cut out sugary drinks.

When I shared quotes like, “You can do it, not because I did it, but because you can do it," messages flooded my inbox with replies like, “I needed this today.” I was so inspired that I decided to start documenting my journey on Instagram. Follow me at georgia_losing_it_to_live_ww!

When the weight started coming off, I realised that nutrition had made a huge difference on my journey. I had always thought that I’d have to be super active to see results, but that wasn’t the case.

While she agreed that I should take it easy and listen to my body, she couldn’t believe I’d interpreted my doctor’s warnings as a recommendation avoid activity altogether. I started slow with shallow squats to strengthen the joints. Once I realised I could exercise without debilitating pain, I took off, working up exercising six times a week, three days with my trainer, three lifting weights at the gym. I went from being overwhelmed with pain triggered by mundane tasks to training for my first 5K - and I’m entirely pain-free.

WW completely changed my life. While I’d originally set out to lose 100lb and return to the weight listed on my driver’s license, once I reached that initial goal in April 2019, I kept going.

When myWW came around, I chose Green, which offers fewer ZeroPoint™ foods but a larger daily SmartPoints® Budget. Because foods like chicken have SmartPoints, I’m more aware of how much I’m eating and have lost 1st 2lb* on the programme since starting in June 2019.

WW has helped me to prove that I am capable of doing way more than I thought: I no longer have to sit on the sidelines watching my kids grow up. I can get on the floor with them without worrying about how I’ll get back up. 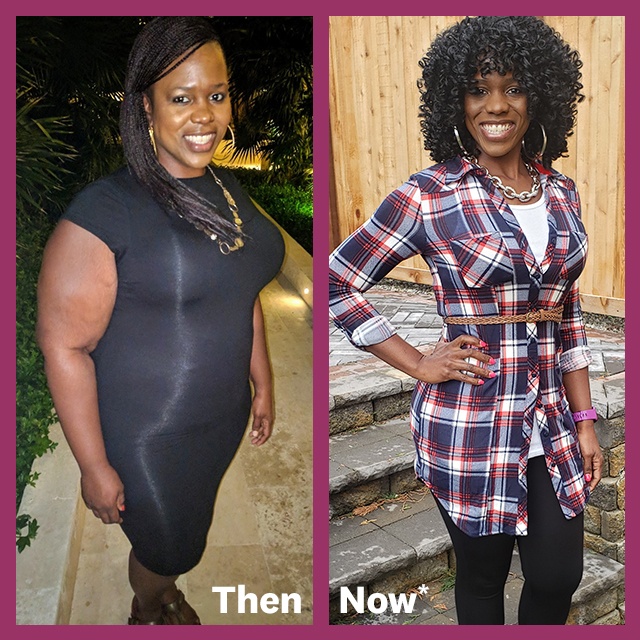 Thanks to my weight loss, which took some pressure off my knees, my once-pain-ridden joints are stronger than ever, and my arthritis symptoms have disappeared - along with my depression.

I’ve even begun studying to become a certified personal trainer to motivate others. I want everyone to understand how great it feels to say, “I’ve lost nearly 9st*!”