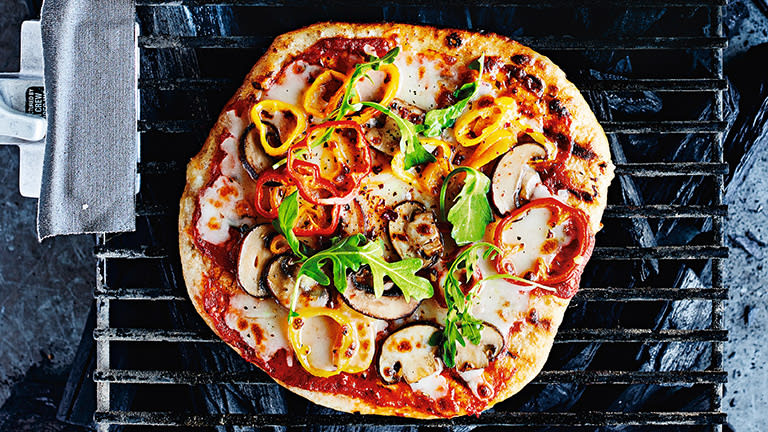 Say yes to barbecues this summer!

Enjoy summer to the max with these healthier barbecue recipes.

Are you worried about veering off track over the summer?

With weddings, parties and family barbecues making regular appearances in your calendar, it may seem like there are lots of obstacles to your weight loss journey at this time of year.

Sun's out, apps out! Stay on track with the WW app and our round-up of SmartPoints®-friendly barbecue recipes.

To kick things off, WW member Elisha has shared her spicy black bean burger recipe in the video below, which is just 9SP and vegan friendly too.

Top swaps at the barbecue

Make a few clever swaps at barbecues this summer to make your meal lighter and healthier, without losing any of the flavour.

Ready-made ketchups often contain a lot of added sugar. Instead, toss together 2 chopped tomatoes, 1 diced red onion, 1 deseeded and diced red chilli, 2 tbsp chopped fresh coriander and a squeeze of lemon juice. Use it on burgers and hot dogs.

Swap burger buns for grilled portobello mushroom caps. Their meaty taste and texture make them a perfect match for juicy burgers, and they're a ZeroPoint food, so you'll have SmartPoints spare to spend on toppings instead.

What would a barbecue be without dips? Serve them up with a selection of vegetable crudités such as pepper strips, baby sweetcorn and sliced radishes instead of regular crisps.

It's tempting to brush a knob of butter over a grilled corn cob, but a good squeeze of lime juice and some sea salt will add plenty of flavour for no extra SmartPoints.

Now, scroll down for 6 delicious barbecue recipes! If you're making the pizza, read these top cooking tips first:

By cooking the dough directly on the grill, your pizza will be infused with smoky flavour. Plus, it's ready so quickly, you'll be tempted to make it every weekend!