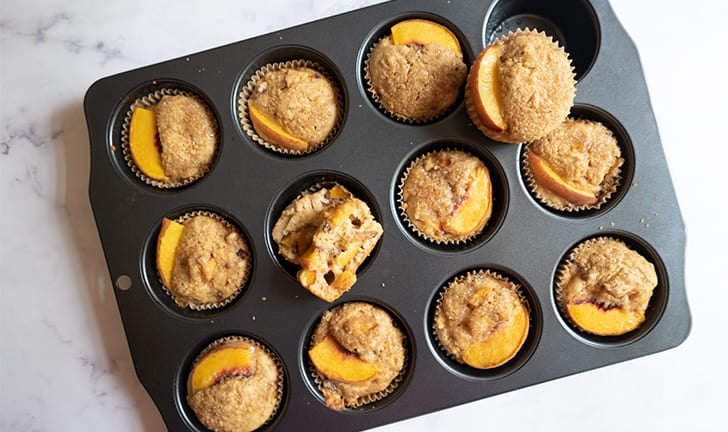 Everything you knead to know to prepare for World Baking Day - plus 20 sweet and savoury recipes to try!

This World Baking Day, whether you bake something savoury or sweet, these tips and tricks are sure to make your baking experience a real treat.
Nadia Atzori

Baking is a tradition in many households. But there is more to baking than just perfecting a family recipe and creating memories while doing it. This day isn’t just about a jar of baked cookies or the aroma of a freshly baked pie. Rather, on World Baking Day, bakers worldwide are encouraged to observe this day by teaching their children how to bake, take a crack at a recipe they have never made before, or snap a photo of their prized creation and post it to social media with #WorldBakingDay.

Baking is an art that is deeply rooted in history, and is seen as one of the oldest methods of cooking. The rising of yeast was a phenomenon that was first observed by the ancient Egyptians when doughs, held for hours before baking, exhibited some desirable changes and at times, spoilage caused by yeast. By 2600 BCE, the Egyptians had gained control over this leavening process. Reserves of sour dough were portioned out to create fresh dough and eventually the Egyptian baking industry developed more than 50 variations of bread. Many bread making techniques, created by the Egyptians, are still used in modern day baking. The Egyptians also developed the first oven, made of clay from the Nile. This vessel consisted of an upper baking chamber and a lower partition that was referred to as “the firebox.”

During the Middle Ages, the United Kingdom commercialized baking with rules and regulations that dictated how to bake and sell bread. The different varieties of bread and cakes consumed today are modifications from those, which arose in the Middle Ages. The rise of globalization during the 16th and 17th century led to the emergence of a variety of ingredients other than flour, butter, honey, and sugar. The 19th century gave rise to the oh so popular applesauce cake. This dessert was baked into existence during World War 1 when applesauce was easy to produce and was affordable. Fast forward to the 21st century, where baked goods, whether savoury or sweet, are enjoyed worldwide. You don’t need to be a specialized pastry chef or health nut to celebrate this holiday, just bake it till you make it! So grab your rolling pin, baking pan, flour, sugar, and sense of adventure and let’s enjoy this day to its sweetest and fullest.

10 Baking substitutions for when you have limited ingredients

Every baker's worst nightmare is reaching for their recipe and realizing that they are missing a key ingredient. This can happen to most of us, especially when you are baking on a whim! Unlike cooking, it is hard to make a conscious swap without knowing what will not compromise the texture, taste, and consistency (and chemistry!) of a baked good. However, there can be a little wiggle room in certain recipes that won’t compromise flavour and some may actually be a healthier alternative to their original counterparts. Here are some common substitutions, which use fridge and pantry staples that you most likely always have on hand, that will save your batter when you have limited ingredients.

10 Tips and tricks to prepare you for World Baking Day

When you paint a house you require the proper painting tools, when you pave a sidewalk you require the appropriate cement. Well, similar to all trades, when you bake, you need the suitable equipment, tips, and tricks of the trade to get you started and provide the tastiest desired outcome. Baking from scratch can be intimidating and can leave you asking: Do I have the right equipment? What is the correct baking temperature? How do I know if I have the right butter consistency? Here, we will give you the top ten tips to bake better. Let’s add a dash of fun and sprinkle of excitement to get you started on your next baking adventure.

Better-for-you baking means looking for ways to make your family favourites without sacrificing flavour. By swapping in fruit, vegetables, healthy unsaturated fats, fibre, and protein you can help keep the SmartPoints low.. Here are 10 smart swaps to try incorporating into your baking.

We’ve pulled together 20 of our sweet and savoury recipes that can easily fit into your SmartPoints Budget.