How This Mother Of Two Lost 57 Pounds* While Eating Waffles, French Toast, And Pancakes

After back-to-back pregnancies, Lexi lost her baby weight without sacrificing any of her favorite foods.
Lexi B., 33, lost 57 lbs* since joining WW in 2018.

*People following the WW program can expect to lose 1-2 pounds/week. Lexi lost weight on a prior program and is continuing on PersonalPoints™.

When I looked at a photo my husband took of our kids opening presents on Christmas Day in 2017, I couldn’t believe what I saw: There I was in the background. I looked huge—much larger than I’d felt at the time.

I shouldn’t have been so surprised. I’d delivered my daughter 8 months earlier, just 18 months after my son was born. The back-to-back pregnancies left me with baby weight and then some: Exhausted from taking care of two young children, I’d given up on watching what I ate and stopped exercising entirely until I was diagnosed with high-blood pressure and prescribed medication to control it.

Having been a WW member before becoming a mom, I’d meant to rejoin WW after delivering my daughter in April 2017. But when I went back to work as a full-time high school art teacher the following fall, I felt more overwhelmed than ever—and digging into ice cream every night didn't help.

Soon enough, Thanksgiving came, then Christmas, and I wanted to eat it all. It wasn’t until I saw myself in the Christmas photo that I decided to do something: That January, I joined WW.

Worried my old WW Coach would recognize me and think, “I can’t believe she’s back. She couldn’t keep it off,” I was nervous to return to my old WW Workshop. But once I stepped into the WW Studio, all my fears dissolved: My Coach was so excited to see me she actually gave me a hug.

During the Workshop, she introduced the concept of identifying your motivation, or your “why.” I was on a mission: I wanted to get in shape so I could keep up with my toddlers and play without getting out of breath.

During my first week on the program I took a look at what I’d been eating: I loved rich breakfasts like French toast or pancakes with an iced caramel macchiato. Once I tracked it all—17 PersonalPoints alone for my morning beverage!—I realized I’d been using up my entire Budget before lunch.

Unwilling to give up all the foods I loved, I got creative with the ingredients: I made French toast with whole wheat toast and sugar-free syrup and pancakes with whole wheat flour and Greek yogurt. Meaning? I never felt deprived.

What Lexi Ate Then vs. Now

That initial week on WW, I lost eight pounds* and gained the confidence to follow the program my own way. Slowly but surely, I began to swap my evening ice cream in favor of bananas with chocolate-peanut butter whipped topping. And regardless of what I ate on a given day, I tracked everything in my App.

Exercising without the gym

Before WW, my kids and job wore me out too much to fathom working out. And since I was at my heaviest weight, exercising was excruciatingly difficult. I’d tire out quickly and hate every minute of it.

Once I lost around 25 pounds*, though, I felt lighter on my feet. My children were always begging to go outside, and gradually, I felt up to taking them: I’d load them into the stroller, which added about 50 pounds, and pushed them around the park near our house until I was walking four miles a day. The new activity felt invigorating, particularly since it allowed me to spend time with my kids and get outdoors.

About six months into my WW journey, I signed up for a 5K, something I used to do before I became a mom. I went from being completely closed off to the idea of exercising to running a race for fun—and then signing up for another one. I never thought I’d get back to a place in my life where running was even feasible, so crossing the finish line made me feel invincible.

RELATED: Exactly How to Start Running

More than my slip-ups

Six months into my journey, I splurged during a weekend trip with friends, then celebrated my children’s birthdays with more cake than my Budget permitted. I skipped a few weeks of Workshops and found myself slipping: Inadvertently, I’d gained 15 pounds back.

Around the same time, my sister decided to join WW, which gave me the push I needed to return to Workshops. When I mentioned to other members that I was having trouble with attendance, they vowed to help keep me accountable with text messages, which encouraged me to continue showing up, go back to tracking what I ate every day in the WW app, and exercising throughout the week. It was then I decided: I wasn’t going to go back to my old ways.

I started my journey because of the way I looked in photos. Now, I voluntarily take pictures of myself and my progress and post them all over Facebook and Connect, the WW members-only social network. 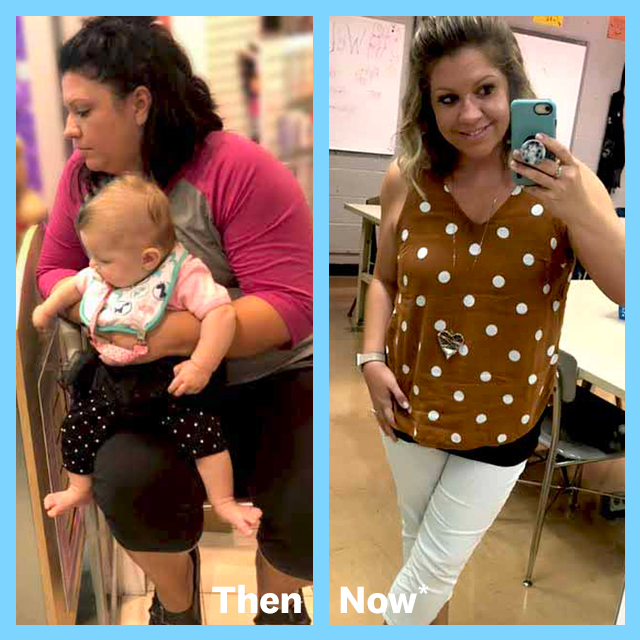 Thanks to my progress on WW, I’ve halved my blood pressure medication, meaning I’m moving in the right direction! What’s more, I’ve completely changed my outlook, and my family stands to benefit: Even though my kids are young, I feel more prepared than ever to teach them healthy habits and to love themselves.