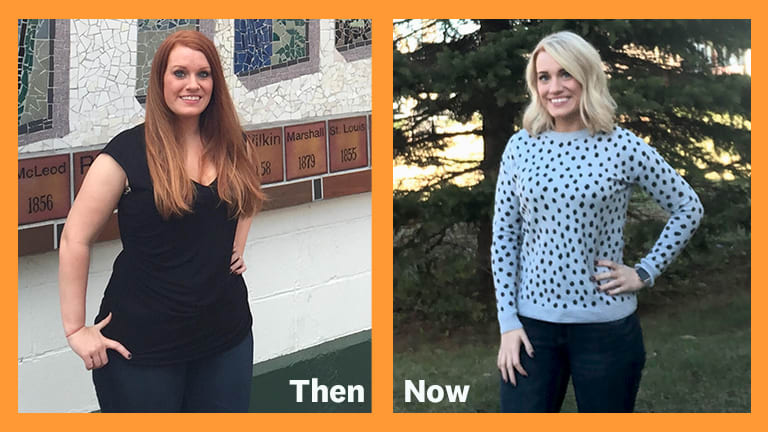 This mom made simple switches without giving up anything she loved.
Lauren M., 33, lost 85 lbs since rejoining WW in February 2018.

*People following the WW program can expect to lose 1-2 pounds/week. Lauren lost weight on a prior program and is continuing on PersonalPoints™.

As told to Hilary Weissman

When you grow up with a twin, you get used to being compared to one another. My twin brother was the skinny one while I was a little overweight and very self-conscious. As a security blanket, I kept my hair really long in an effort to cover my face and balance out my body size.

Although I hovered around the same weight throughout my teens, I started to gain more in my mid-twenties. My family history was always on my mind: My grandpa passed away after having a heart attack at 51 years old, and my dad, who was diagnosed with cancer three times, had long struggled with his weight. He was a yo-yo dieter for most of his life and had heart issues and high blood pressure, conditions that unhealthy habits can instigate. Later in life, when he began working out and watching what he ate, he'd make a point to tell me, a subtle nudge to follow suit.

Having been a on-and-off WW member, I rejoined as a Digital member after I gave birth to my first child in 2016. While the program initially worked for me, I stopped tracking when I got pregnant again in 2017.

In the middle of that second pregnancy, my dad passed away. The sense of loss I felt was immeasurable; not only was my father gone, but I'd lost one of the few people who could empathize with my weight loss journey. Overwhelmed, I started eating my feelings. By the time my son was born in February 2018, I'd put on 80 pounds, much more than most doctors recommended.

I downloaded the WW app before leaving the maternity ward. My “why,” or motivation for losing weight: I wanted to make my dad proud. I knew that taking care of myself would be a way to honor his memory.

RELATED: 17 Beyond-the-Basics Ways to Use the WW App

During the first few weeks on the program, while I was adjusting to being a parent of two and nursing, I focused on tracking what I ate rather than changing my habits. After six months, I switched off nursing mode (which gave me a higher PersonalPoints Budget), I started weighing and measuring my food to be more mindful of portions.

I also started following a new routine: Every night while watching TV, I’d pick out the recipes I’d make in the next few days and check the PersonalPoints in my app.

To save trips to the grocery store with my sons, I’d add the ingredients to my online grocery cart for delivery or pick-up. Eventually, I developed a rotation of about 10 go-to recipes. What’s more, I stopped eating my sons’ half-eaten meals. Now my mantra is, “You’re not a garbage disposal.” I say it to myself every time I clear their plates.

What Lauren ate then vs. now

I love lasagna, so now I replace the noodles with cabbage leaves. I also make a quiche using a light tortilla instead of pie crust. My family loves it, and I love that I can still eat the things I enjoy.

I’ve also had dessert every single day since I’ve been on the plan. I often pre-track my treat first thing in the morning and work my day around it. Knowing that I have that planned treat coming after dinner makes it easier for me to stay on track during the day.

While following the program came easy to me, being a stay-at-home mom of two young kids was a challenge: I was in mom-mode 24/7. After more than a year on the program, I still felt like I wasn’t completely taking care of myself. I’d let myself get overwhelmed, worrying about worst-case scenarios. Sometimes I’d still head to the drive-thru and eat in the parking lot, embarrassed by my pile of wrappers.

In February 2019, I decided to see a therapist. Talking out my feelings helped me realize that I wasn’t prioritizing myself and was also using food as a coping mechanism when I was anxious, stressed, or upset. With his help, I’ve found ways to handle my feelings without food.

I’ve started to ask for help more often, hire a babysitter when I need to, call a girlfriend, or hang out with my mom. Or I do something just for me like ceramics or trying a new recipe and posting about it on my Instagram—follow me at @laurin_ww! I journal, make lists of things that I can accomplish, and stop to breathe when an anxious feeling bubbles up.

Having already lost 80-pounds,* I was a little bit apprehensive to make any changes to my routine. At the same time, I was only five pounds away from my goal and felt like switching things up could help me reach it. What’s more, I’d been defaulting to foods like chicken breasts or plain Greek yogurt instead of really thinking about what I was in the mood for. So I decided to adjust my ZeroPoint™ foods to get some variety.

I liked the freedom of having some foods I didn’t have to track or measure. But because tracking helps me control my portions, I didn't mind tracking everything else. I started having more chicken thighs and lean ground beef, and the variety kept me satisfied. Since then, I've reached a total weight loss of 85 pounds*.

Adjusting to life in maintenance mode

I like to focus on one behavior change at a time. In the beginning, I really zeroed in on what I ate and staying within my PersonalPoints Budget. Then I set out to get 10,000 steps a day by playing with my kids, cleaning, or running errands. 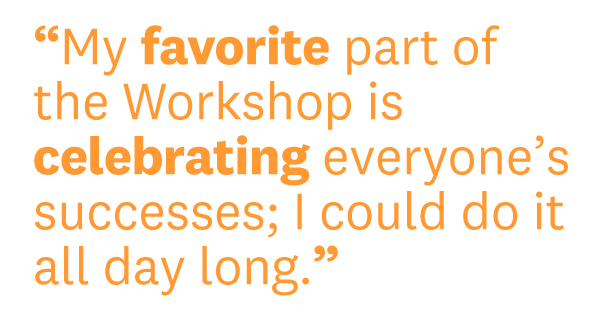 Now that I’ve reached my weight-loss goal, I signed up for a gym membership so I could take group classes at the local gym. I’ve also started going to WW Workshops. It feels good to sit, listen, and share with other adults since most of my time is spent with the three-and-under crowd. My favorite part of the Workshop is celebrating everyone’s successes; I could do it all day long.

Letting my hair down

Sticking with the program has left me feeling empowered. There have been so many other things I've wanted to do and never followed through on. Reflecting on what I have accomplished feels incredible. 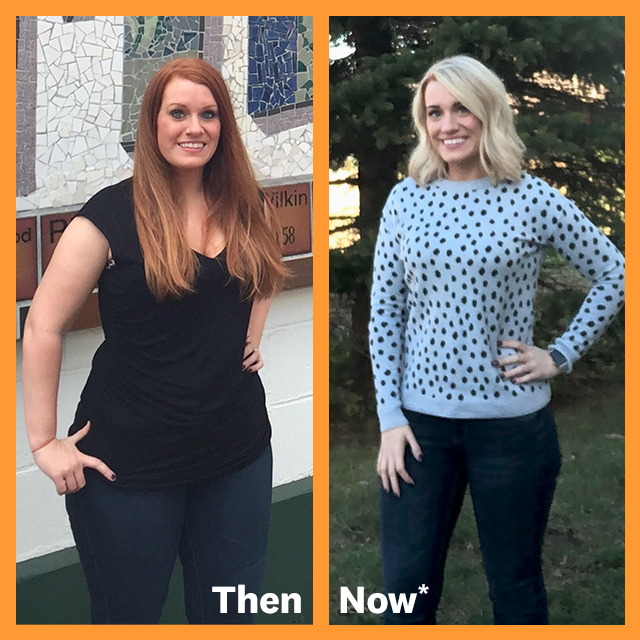 I've also made major strides beyond the scale. For instance, while I’d long hid behind my super-long hair and worried that cutting it would leave me vulnerable, once I lost the weight, I began to feel like my hair was wearing me. I cut off an entire foot of it, and I’ve never felt so liberated! Now I can finally say I feel confident—the most freeing feeling of all!