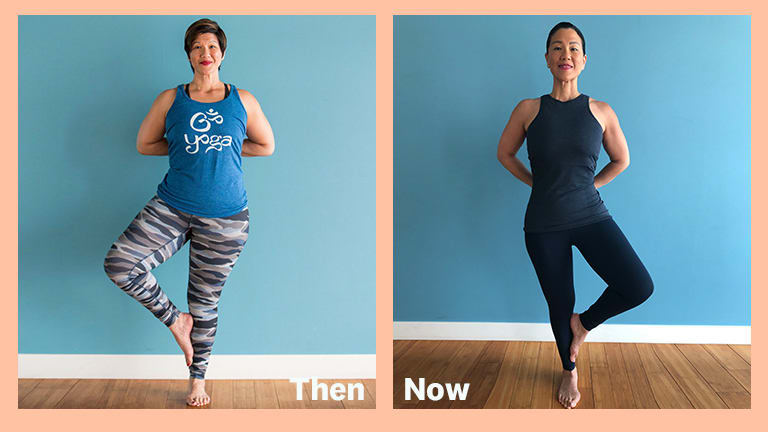 Now she feels better than ever—and so do her students.
Celine G. lost 32 lbs* since joining WW in 2017

*People following the WW program can expect to lose 1-2 pounds/week. Celine lost weight on a prior program and is continuing on myWW™.

I was lying on my back with my feet over my head in a yoga position known as plow pose when it hit me: The 30 pounds I’d put on over the course of 15 years were beginning to affect my practice. I felt like my gut was in my throat.

A long-time yoga teacher, I'd arrived to teach my class feeling stuffed. Although I thought I knew what kind of food I was supposed to be eating, I struggled to control my portions: For lunch, I'd eat huge salads with handfuls of add-ins like nuts, cheese, avocado, and croutons, then snack on whole watermelons and order heavy entrees like rib-eye steak and spareribs when I went out to dinner at night.

I felt that my role as a yoga teacher was to teach wellness inside and out, but because I didn’t feel good on the inside, I’d begun to feel ill-equipped to do my job.

RELATED: 6 Reasons Why Yoga Is Good For You


By the end of 2016, I was beginning to feel desperate. While I’d tried fad diets and weight-loss pills and knew they weren’t the solution, I'd had success on WW 15 years earlier and felt confident that it could help.

In January 2017, I walked into a WW Studio and stepped on a scale. “Whatever it is,” I said to myself as I waited to learn how much I weighed, “I’m going to lose it.”


During my first few months as a WW member, it wasn’t hard for me to commit to weekly WW Workshops. However, I struggled to adhere to the program and didn’t make much progress. Eventually, I sat down with a WW Coach who suggested swapping the sugary smoothies I’d been drinking for hearty omelettes and planning meals ahead of time instead of snacking on large portions of fruit. My biggest realization involved salads: With all of the ingredients I’d been adding to my salads, they made a huge dent in my SmartPoints® Budget. To limit my intake without feeling deprived, I swapped salads for wraps with fillings like ground turkey and veggies. After implementing these changes for about a month, the scale finally began to move.

Five months into my journey, one of my WW Workshops zeroed in on mindfulness, a theme I’d explored during my yoga training. When my Coach discussed the importance of being intentional about your choices and listening to your body, I decided to give it a try. After all, I knew that if I could pay more attention to what I ate and when, I’d feel better during my classes. And I was right.

I began to do a 10-minute meditation every morning after I brushed my teeth and got dressed. The practice gave me time to ask myself, “How do I want to feel today?” and plan my meals accordingly. I’d also take a few minutes after dinner to self-assess, which helped me think twice before reaching for dessert.

Checking in with my body throughout the day helped me realize which habits weren’t working for me. For instance, even though fruit is a ZeroPoint™ food, eating large portions of it made me feel bloated. When I ate smaller servings I felt much better.

The same went for red meat, which left me feeling stuffed. Chicken, turkey, and seafood seemed to go down much easier. When I ate out, I started ordering lighter options like a tofu teriyaki bowl with sautéed vegetables at a local Japanese restaurant, or barbecue chicken over lettuce instead of rice at my favorite Hawaiian spot.

I also experimented with meal timing, using trial and error to determine the best eating schedule for me: I’d eat breakfast after my 6am class; have lunch around 11:30am to digest before my 4pm class; and eat an earlier dinner to avoid going to bed with a full stomach.


What Celine ate then vs. now


A new kind of confidence


Less than a year after joining WW, I’d lost 32 pounds*. Better yet: yoga began to feel as effortless as it had been before my weight ballooned. 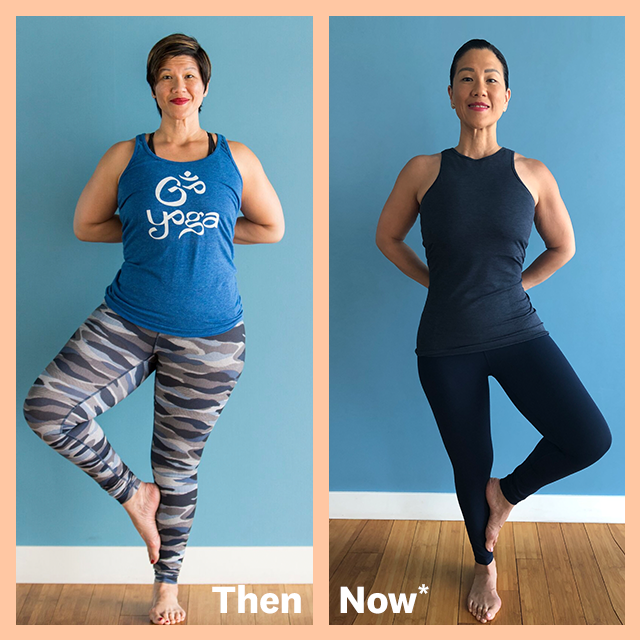 I like to think my journey has shown my students what it means to be resilient—that you can grow and change. Reaching my goal has helped me realize how powerful I can be regardless of my age and appearance.

That I feel better equipped to inspire others makes my efforts feel even more meaningful. Whether I’m guiding students through downward dog, mountain pose, child’s pose, or a handstand, I feel like the inspiration that I’ve always wanted to be. 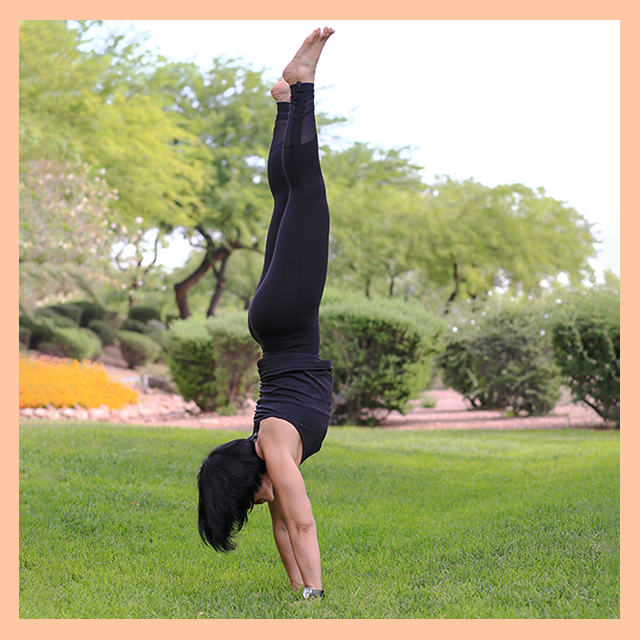