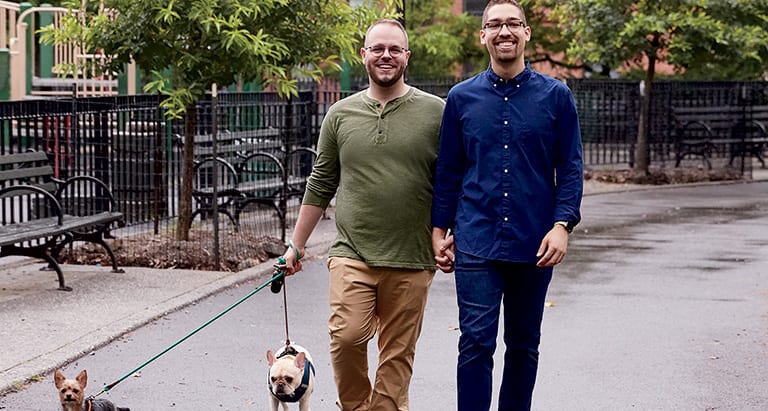 A horrific assault left this member fearful for years. But gaining control of his health helped him discover just how strong and brave he really is.


*People following the WW program can expect to lose 1-2 pounds/week. Jared lost weight on a prior program and is continuing on myWW™. Watch Jared’s journey of losing weight and gaining strength in the video below.

In Jared’s words:
I was a victim of a hate crime in September 2013. I’d been visiting my family in Cleveland when I was attacked outside a gay bar by 20 teenagers. After spending a few days in the hospital, and more recovery time in Cleveland, I returned home to New York City, where I had always dreamed to live. But I was afraid to leave my apartment. Over the next two years, I ate for comfort; I ate out of sadness; I ate as a way to numb the pain. I ate because I felt like the attack was my fault. If I had been a fit, muscular guy walking into that gay bar, would those teens have assaulted me?

Turning around his life


Taking pride in yourself
In January 2016, I started a new job with the Department of Education: I became the LGBT liaison for the New York City public schools. June is Pride Month, and that June, I started thinking about what I was proud of. I was very happy with my new position, but I wasn’t proud of my health. I realized that if I continued gaining weight, I would be slowly killing myself. And that it would be me causing it, not my attackers. I wanted to take control of my life, so I joined WW.

The path to forgiveness
Before I could make any major changes, though, I had to learn how to forgive. I had to forgive myself for not respecting myself, for the damage I had done to my body through overeating and inactivity. And, I had to forgive those teenagers for what they did to me. Only two of the 20 suspects received probation—the others weren’t punished—but I realized it wasn’t about them anymore. Forgiveness is about you and your soul. I had to accept my own innocence in the attack. Once I did that, and once I forgave myself, I could move forward.

Opening up
I started to listen: I listened to the members in my WW Workshop. I listened to my body; I started making lifestyle changes; I started to improve. When I had a thought, I’d record it in a little black book that I still carry with me today. One of my favorite quotes in that book: “Was it a bad day or was it a bad five minutes that you milked all day?” We all have bad moments, but will we let them dictate our lives? 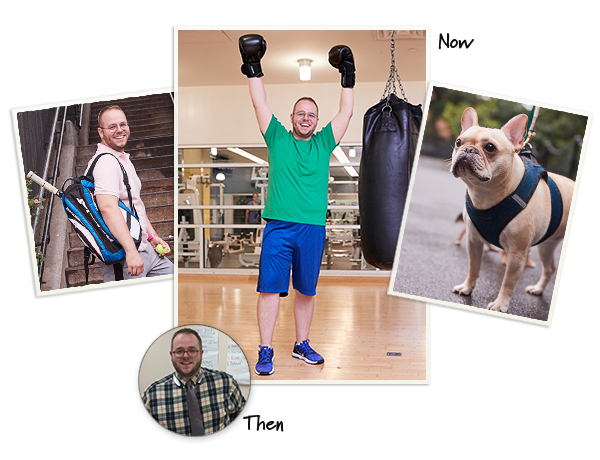 How Jared’s success with WW has improved his life


Finding power
I wanted to get more active, so I decided to take a boxing class. When I took my first class, I felt overwhelmed. We started shadowboxing and it felt so violent. The moves reminded me of my attack, the flashbacks took over, and I had a horrible meltdown. But I went back because I knew the activity would help me get through my emotional issues. After I returned, I realized that boxing isn’t about hitting people. It’s about moving my body and feeling its energy flow from one point to another. I started feeling the power in my body.  For the first time, I stopped feeling like a victim.

Making the family move
Before I lost weight, I’d take my two dogs — Dorothy and Blanche — right outside my apartment to do their business. Now, my partner, Johannes, and I take them for long walks, or we’ll bring them along when we go to the grocery store to grab some Halo Top ice cream. Johannes has also convinced me to learn to play tennis with him, and I actually enjoy it. It’s fun to be athletic. I’ve never been a sports person, but now I'm so active. To be able to say that I'm athletic is weird and empowering at the same time.

Appreciating my life
Today, I wake up each morning and appreciate all that I have: I get to go to work and do a job that I love. I’m lucky to be able to help people change their lives, and help create a society where I can be proud of who I am. I’m grateful to have a supportive partner who inspires me to be a better person each day. Most importantly, I love who I am today. Those teens tried to steal that feeling from me, but I’ve grabbed it back and I’m not letting go. I’ve created this life, and I’m going to keep moving forward.