*People following the WW program can expect to lose 1-2 pounds/week. Alisia lost weight on a prior program and is continuing on PersonalPoints™.

All my life, I wanted to join the U.S. Army. Both my older brother and sister enlisted after college, and I hoped to follow that same path. But at some point during my undergraduate years, I realized I didn’t meet the weight requirements—or have the physical strength needed to pass the fitness test. I didn’t even bother to reach out to a recruiter. I tabled my dream and found a civilian job instead.

RELATED: To our United States service members: We have your back on your wellness journey

I didn’t make huge changes overnight. When I first joined, I browsed the WW app, looking up a few recipes, trying the barcode scanner, and getting to know Connect. From there, I started to look up the PersonalPoints values of my go-to foods and drinks. At the time, I was drinking soda throughout the day, and that easily took up half my Budget! One of the first changes I made was switching to diet soda, which saved me lots of PersonalPoints values.

What Alisia ate then vs. now

This boosted my confidence. Being part of the Army was what I had wanted for years, and now I felt like I really belonged. The other women in the group were looking to me for inspiration. They didn’t know my background. They didn’t know that I had lost 66 pounds* over the past year. Two years prior, I couldn’t run to the mailbox without gasping for air.

I’m the kind of person who wants to count pretty much every bite going into my body. I’m not in a place where I want to rely on my hunger signals to tell me when to stop eating. 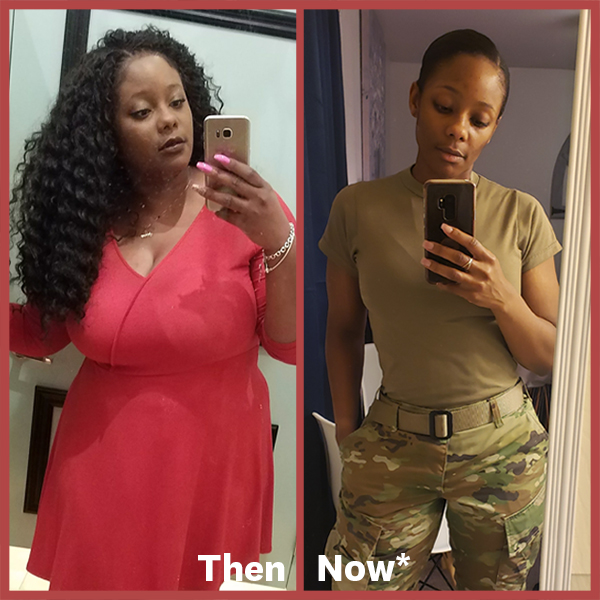