Sean: If I can do it, anyone can

One extraordinary member proves it’s never too late to turn your life around.

"The health problems I was suffering from have now disappeared, and I can cycle for miles without becoming breathless. " 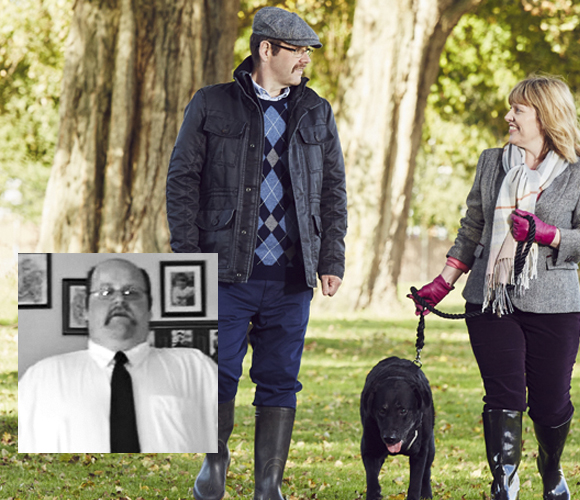 Waking in the middle of the night, choking, I was convinced my time was up. It was a struggle, but after I sat up and gasped in some air, I realised my physical bulk had been pressing on my lungs, cutting off my breathing. I knew I had to do something about my health – it was literally life or death.

I’d always been overweight, but after becoming a truck driver in my early 20s, the weight really piled on. I’d have a large fry-up for breakfast and dinner and junk food in between. Plus, my only physical activity was getting in and out of the driver’s seat. Health problems like high blood pressure, joint pain and gallstones had become a regular part of life, and my confidence was at rock bottom.

The start of the rest of my life

When my sister told me a GP could refer me to WW, I was a bit dismissive at first, thinking it was just a slimming club for women, but by that stage I was willing to give anything a try.

From the moment I walked through the doors of my first WW Workshop, I felt supported. Seeing 34st 5lb on the scales, I felt disgusted with myself, but my WW Coach, Pauline, was so encouraging. I began by swapping my usual greasy fry-ups for packed lunches and never went hungry. Within a week I’d lost 13lb!

As I continued to shed the extra weight, I began walking my dogs for exercise. When I got to goal two years and four months later, I looked and felt like a different person.

A new lease of life

The health problems I was suffering from have now disappeared, and I can cycle for miles without becoming breathless. My newfound confidence has allowed me to change my life for the better in other ways too.

I want to say to anyone who has 20 or even 30st to lose and thinks they’ll be that way for the rest of their life, it really doesn’t have to be that way! Just look at me. If I can do it, anyone can!