Exactly How I Lost 122 Pounds* Without Feeling Deprived

“My weight was standing between the life I was living and the vision I had for myself.”
Ursula, 34, lost 100 lbs* since joining WW in July 2016

*People following the WW program can expect to lose 1-2 pounds/week. Ursula lost weight on a prior program and is continuing on PersonalPoints™.

Around the time I turned 32, I weighed close to 300 pounds and didn’t like the way my body looked in the mirror. You’re still young, I said to myself. What are you doing with your life?

My weight was just one of my problems: After dating the same guy for two years, he’d decided we were through. It didn’t help that I had a job that made me unhappy and was living with my parents when what I really wanted was to purchase a place of my own. I couldn’t help but wonder where I’d be at this stage in my life if only I’d weighed less—and I totally blamed myself. After all, I’d taken to emotional eating: Sometimes, I’d sit in front of the TV with a bag of potato chips and polish off the whole thing. Other times, I’d go out with friends and drink way too much, falling or forgetting what I’d done the previous night.

In moments of denial, I’d look in the mirror and think, You’re not that bad. But I knew I had to change. My weight was standing between the life I was living and the vision I had for myself.

In July 2016, a friend from work invited me to join her at a WW Workshop. When I weighed in, I thought to myself, “How did I get so big?!” The number on the scale was alarming, but I reminded myself immediately that I was taking a step in the right direction.

During my first Workshop, a WW Coach named Gloria led a group of about 30 women and a few men in a mindfulness breathing exercise. As I sat with my feet firmly planted on the floor and eyes closed, I pictured myself in the future: There I was, riding roller coasters, going sky diving, hitting the beach, and being outdoors—all the things I’d loved to do before my weight interfered. (Sky diving, for instance, has a weight limit that I’d surpassed.)

Somehow, when I opened my eyes, I felt rejuvenated. Fueled by my vision, I left the Studio ready to make some changes. In the week that followed, I measured my portions and began to use the WW app to track the food I ate, a step that helped me realize just how often and how much I’d been eating. While I’d typically snack throughout the workday only to go home to eat dinner—and seconds—followed by dessert, with my newfound self-awareness, I began to experiment with different foods to keep me satisfied, like fruit instead of chips between meals.

What Ursula ate then vs. now

The next week, when I stepped on the scale before my second ever Workshop, the number I saw reflected my every effort: I’d lost six whole pounds! While that’s more than the typical person should expect to lose in a single week, it was all the positive reinforcement I needed to continue following the program.

As weeks turned into months of consistent food tracking, my parents applauded my weight loss efforts but would still stock their kitchen with the kind of snacks I ate before starting WW—a problem since this would tempt me to default to old eating habits. What’s more, I realized that the clutter in their house stressed me out, and the more stressed I felt, the more I’d eat regardless of my actual appetite. After all, what I really craved was a healthy environment to support my wellness journey.

And so, after five months on the program, I decided to move out. Finally in a place that I could call my own, I had control over all the food that came in and out the door and became even more committed to the behaviors I’d learned at my WW Workshops.

As counting PersonalPoints became my new norm, I noticed that having a few drinks on Friday and Saturday nights led to fluctuations in my weight and made it difficult to assess my overall progress. But it wasn’t really about the scale: I didn’t have to allocate PersonalPoints for alcohol, I realized—and actually, I didn’t want to. So I began drinking less and less until I gave up alcohol all together. And while it definitely helped me work toward my weight loss goal, it didn’t stop me from having fun.

Although my body was changing without stepping foot in a gym, I began to love the way it felt to move without extra weight.

I began taking 10-minute walks three to four times a week, going slow as I built up my endurance. After about a month, I found myself walking for over an hour five times per week—and even started running about a tenth of every mile.

Over a year after I joined WW, when I could run an entire mile without taking any breaks, I signed up for a five-mile race scheduled for Thanksgiving morning. I didn’t train for the event, but approached the start line with a challenge: I’d run for as long as I could. As it happened, I only had to stop a few times before I crossed the finish line beaming with confidence. I was so thankful for the body that had carried me through the course.

The accomplishment motivated me even more: About a year into my journey, I’d begun to date a guy who inspired me to work out in the mornings. I'd get up at 6 am to walk or run on the treadmill, ride the stationary bike, or use the rowing machine. More than a year later, I still do!

When I woke up weighing 288 pounds at age 32, I never thought I’d dip below the 200-pound mark, let alone weigh in at 188. And yet, before a Saturday morning Workshop two months ago, I saw this very number.

At first, it was as if I was dreaming. But then I realized: I’d actually made it happen. During the Workshop, when I stood up to announce my triple-digit weight loss, applause filled the room. Looking around me, I swelled with pride for all I’d accomplished. 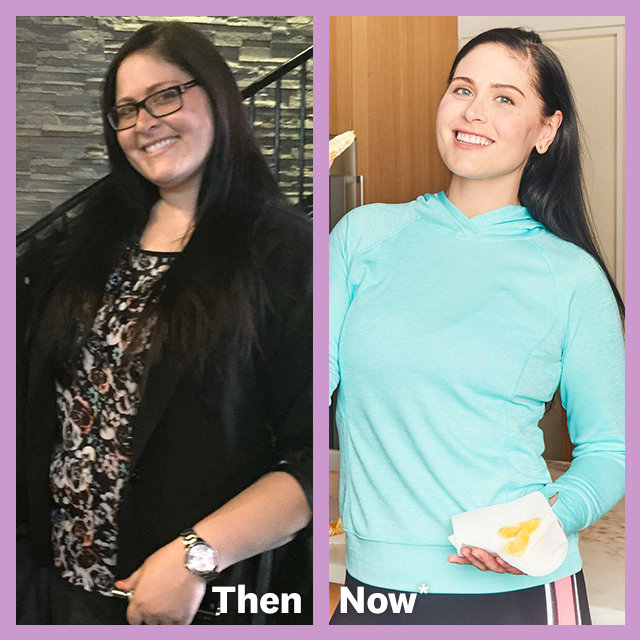 To be clear: It’s not like I haven’t faced setbacks throughout my journey. For instance, when I go on vacation and eat out every night, it can be tough to stay on track. At the same time, I’ve learned to pack my workout gear in my suitcase so I can squeeze in activity wherever I go. Over time, it’s the little changes that really add up. I’m proof!

I've reached my goal, and I’m more confident than ever that I can control my destiny. In fact, I can’t believe I ever let my insecurities get the best of me—that I would miss out on events like family pool parties just because I didn’t want to wear a swimsuit.

I can honestly say that I’m finally living the life I’d always pictured—the life that I deserve. And I’m glad I didn’t wait another day to make it happen.