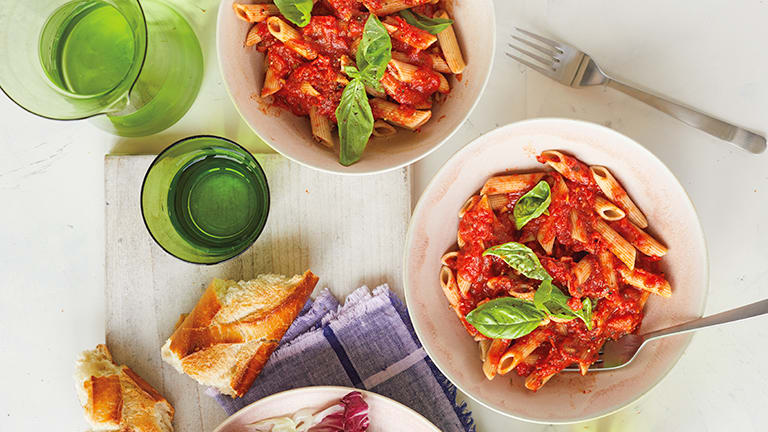 Wondering if carb cycling might be right for you? Read on for an in-depth exploration of this popular diet.
By Maressa Brown

If you were around in the 1990s, you might remember that the era’s most maligned macronutrient was fat. (Fat has since made a well-deserved comeback.) Fast forward a generation, and carbs are the dietary villain du jour, with many wellness-minded folks now slashing bread, fruit, and other carbohydrate-rich fare in pursuit of weight loss and better fitness.

Coming on the heels of carb-cutting weight-loss fads like the ketogenic (“keto”) diet, carb cycling has emerged as a buzzy modified approach. Like keto, it calls for restricting carbs—but only during specific periods. You can still eat a bowl of pasta...sometimes.

Carb cycling got its start as a nutrition regimen for endurance athletes and bodybuilders hoping to optimize their energy during training, explains Valerie Agyeman, a registered dietitian nutritionist and founder of Flourish Heights in Washington, D.C. It’s since gained broader traction, fueled in part by claims that carb cycling can fire up metabolism and improve insulin levels. 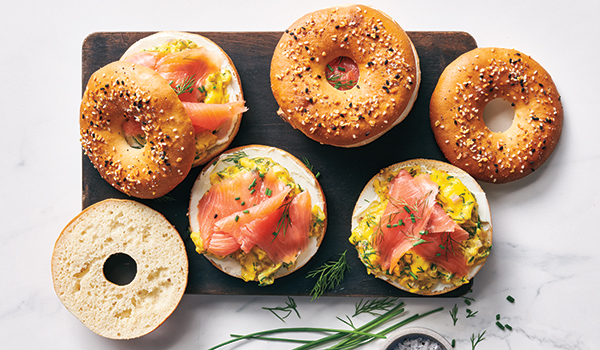 “The belief is that on days in which you’re doing high-intensity exercise, like CrossFit or HIIT, carbohydrate intake should be increased to fuel exercise and build muscle, whereas on resting or light-activity days, carbohydrate intake should be decreased to support the body’s use of fat for fuel instead,” says Sheri Vettel, a North Carolina-based registered dietician and educator at the Institute for Integrative Nutrition. This theory echoes that behind the keto diet, which cuts way down on carbs with a goal of pushing the body into a fat-burning metabolic state known as ketosis.

But while the keto diet involves sticking to fixed percentages of macronutrients day after day—in general, 70–80% of calories from fats, 10–20% from protein, and 0–5% from carbohydrates—carb cycling is a more varied approach, with planned fluctuations in fat and carb intake.

Fans of the method say carb cycling can enhance physical performance, “improve” body composition, melt away unwanted pounds, and help maintain desired weight. To date, however, no research studies have determined whether carb cycling is effective for achieving any such goals or maintaining results, Agyeman says.

The research community has little data on the efficacy of carb cycling, so much of the thinking behind this popular diet is anecdotal or theoretical, in some cases extrapolated from established information on how macronutrients are utilized in the body, notes Shoshana Pritzker, a sports nutritionist and registered dietitian in Shoreham, New York.

Kelly Jones, a registered dietitian and board-certified specialist in sports dietetics in Newtown, Pennsylvania, stresses that the claims are unproven. “The reality is that we still have limited research on the long-term effects of low-carbohydrate diets,” she says. “And valid research studies on carb cycling are [even] more sparse.”

You might be sensing a trend here: To date, there’s been no research to support the claim that carb cycling stokes metabolism. The theory is that strategically adding high-carb days throughout the week will “shock” metabolism to prevent it from getting sluggish, explains Pritzker. “Problem is, it’s just not true,” she says. “High-carb ‘refeed’ days do not make you burn more body fat.”

For example, a small 2010 study published in the Journal of the International Society of Sports Nutrition tracked 36 previously sedentary women who were assigned to eat either a high-protein or high-carb diet—alternating weeks of higher calorie intake with weeks of lower calorie intake—while following an exercise program. After five months, volunteers in both groups lost weight, and both approaches were deemed “equally effective.”

Given the lack of good quality research on carb cycling, no standardized method for this diet exists. Many proponents themselves say the optimal strategy depends on individual needs and may require time and fine tuning. Programs offered online tend to be based on proprietary opinion or anecdotal reports, Jones says, noting, “We don’t have evidence on the long-term consequences of following a plan developed by someone’s opinion of how carb cycling should look.”

Many carb cyclers opt for a set number of high-, medium-, and low-carbohydrate days during the week or month. Pritzker says that people on carb cycling plans generally sync higher-carb days with exercise sessions. “Those days are the ones you need more energy to fuel your workouts,” she explains. “On off days or weight training days, you may not need as much immediate energy reserves, so you could limit carbs.” And because you might have a day or two a week during which you do a light workout, you might opt to have a moderate carb day, which basically functions as a “maintenance” day versus a time to boost glycogen (high-carb day) or urge the body to use fat as fuel (low-carb day).

Generally, protein intake remains consistent, while fat intake rises and falls inversely with carb intake. “On the low carbohydrate day, dietary fat intake may be increased to keep the caloric level nearly the same,” Vettel says. “In some instances, a caloric deficit may also be created, which might also help explain any weight loss achieved.” Bumping up your fat intake on low-carb days is also meant to maximize satiety.

Vettel offers the following big-picture breakdown of what a week of carb cycling might look like. Note that the number of calories would be dependent on a person’s lifestyle and dietary needs, and carb amounts shown here are just examples, she says.

Carb cycling started out as a plan for bodybuilders and athletes who need to maintain their weight or physique as well as energy for grueling workouts. If anyone can benefit from this protocol, it’s likely someone in that group, says Pritzker.

Ultimately, determining whether carb cycling is suitable for you is a highly individualized process. “Our bodies all work differently,” says Agyeman. Consult with your doctor or a registered dietitian before diving in, she continues: “If you’re curious about trying carb cycling, listen to your body and see how your body reacts to it. Maybe do it for a short period of time.”

While there’s no such thing as a “good” or “bad” carbohydrate, it’s always a smart move to reach for minimally processed sources rich in fiber and other nutrients your body needs, Jones says. “Fiber helps to slow digestion—helping you feel fuller for longer—and helps maintain normal bowel function, bind to and excrete cholesterol, and slowly release carbohydrates into the bloodstream for steady energy levels and better insulin responses,” she says.

Food sources of carbohydrates that check those boxes, according to Jones and Vettel: vegetables, fruit, legumes, whole grains, and potatoes. 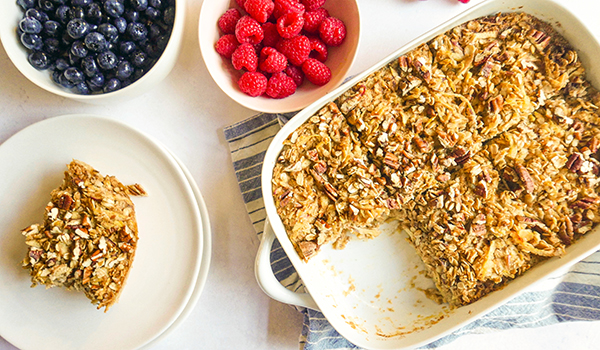 Given the dearth of published research on carb cycling—and a lack of consistency in popular carb cycling methods—it’s hard to predict whether this trendy diet approach would be helpful to you in your wellness journey. Some theories behind carb cycling make sense based on related evidence, but they haven’t been well substantiated at this point. Claims that carb cycling can optimize metabolism and accelerate weight loss remain unproven.

The advice from experts who spoke with WW: Chat with your doctor or a registered dietitian before starting a carb cycling program to help ensure the method is safe for you. If you decide to move ahead with it, try it for a short while and pay close attention to how you feel: Energized? Hungry? Lethargic? Then ask yourself if the method is working. For example, days of super restricted carb intake might not make sense for you if they leave you too low on energy to get off the couch.

Maressa Brown is a writer and an editor in Los Angeles specializing in health and lifestyle topics. She’s written for Shape, InStyle, Parents, The Washington Post, Cosmopolitan, Better Homes and Gardens, and Women’s Health, among other outlets.

This article was reviewed for accuracy in July 2021 by Angela Goscilo, MS, RD, CDN, Nutrition Manager. The WW Science Team is a dedicated group of experts who ensure all our solutions are rooted in the best possible research.