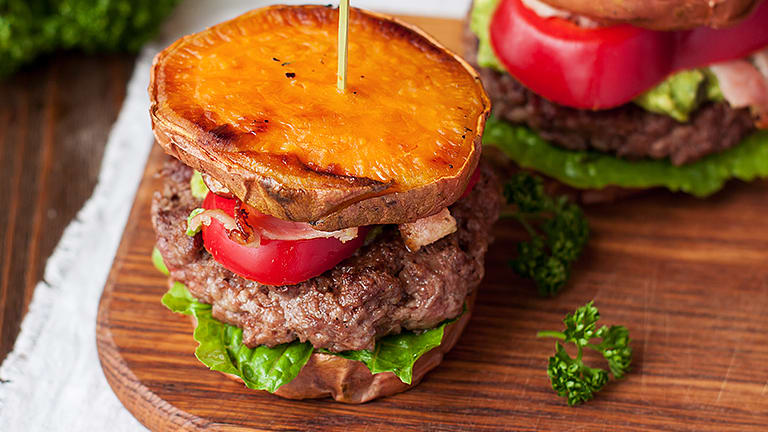 The Paleo diet: What is Paleo, and does it work?

Looking to the Stone Age for a meal plan? Read on before you join the Paleo diet fad.
By Karen Ansel, R.D.N.

Whether you call it the Paleolithic diet, the Stone Age diet, the Caveman Diet or the Hunter-Gatherer diet, Paleo is one of today’s most popular do-it-yourself weight loss plans. It’s also one of the most controversial. Promoted by celebrities, bloggers, chefs, and Instagram influencers, its goal is to return to the whole foods diet of our prehistoric ancestors some 2.5 million to 10,000 years ago. Why is it so popular? “Fans love its focus on whole, minimally processed foods and its return to a more ‘natural’ lifestyle,” says nutritionist Jessica Cording, M.S., R.D., author of The Little Book of Game Changers: 50 Healthy Habits for Managing Stress & Anxiety.

Even though the Paleo diet seems like the latest weight loss craze, it’s actually been around for more than 40 years. Developed in the 1970s by gastroenterologist Walter Voegtlin, Paleo purists believed that a return to the ancient hunter-gatherer diet could naturally protect our bodies from chronic diseases of today like diabetes, Crohn’s disease, indigestion, and of course, obesity.

Sounds reasonable, but does it really deliver? Here’s what you need to know.

What Is the Paleo diet? Paleo for beginners

The Paleo diet is based on a scientific theory, known as the discordance hypothesis. This line of thinking proposes that before the advent of modern farming, Stone Age eating was free of refined carbohydrates, additives, preservatives, trans fats, and added sodium, yet richer in protein, healthy fats, and fiber. Modern farming, it argues, altered our diets faster than the body could adapt, leading to inflammation, digestive difficulties, and chronic disease. Trouble is, this theory isn’t 100 percent correct. Truth is, our bodies have evolved over time to digest a wide variety of foods, allowing us to benefit from the nutrients provided by more foods. So even though we may not have originally made enzymes needed to digest, say, the sugar in milk or the starch in grains, most of us do today, says Peter Ungar, Ph.D., Distinguished Professor of Anthropology at the University of Arkansas.

Is the Paleo diet even historically accurate?

There are other reasons anthropologists have issues with the Paleo philosophy. “Today’s Paleolithic diets are not historically accurate,” Ungar says. “Our ancestors ate many things, but spinach salads with avocado, walnuts, diced turkey, and the like are not among them.” Truth is, there wasn’t just one tribe of Stone Age humans, according to Encyclopaedia Britannica. There were lots of them, spread among several different continents. So those sweating it out in the dessert ate a substantially different diet than their cousins weathering colder climates. As for the claim that cavemen were healthier, few adults lived past the age of 40. And, like us, they developed heart disease too according to a study published in the Lancet reporting that even ancient hunter-gatherers suffered from hardening of the arteries.

Just like there wasn’t one single Stone Age diet, there are many variations of Paleo today. So there’s more than one Paleo diet definition. Some followers bend the rules so they can enjoy small indulgences like red wine, dark chocolate, or even butter. While that may sound radical, lots of nutritionists think it makes sense. “It’s really important to focus on having a positive experience and eating in a way that feels sustainable and enjoyable,” Cording says. “If someone feels great on an eating style that’s primarily Paleo but that also allows for a little dairy or another food they love, that’s not technically Paleo compliant I support that.” Others make modifications for health reasons or to improve satiety. “I’ve prescribed a modified version of this diet with a small allowance of legumes, especially for individuals that feel that cutting out so many foods - particularly carbs - leads to confusion on what they actually can eat,” says Kristin Kirkpatrick, M.S., R.D.N., author of Skinny Liver: A Proven Program to Prevent and Reverse the New Silent Epidemic – Fatty Liver Disease. “Plus bean’s fiber can also really help with constipation.”

On the flip side, some healthcare providers endorse a Paleo offshoot known as the Autoimmune Protocol Diet (AIP) or the Autoimmune Paleo Diet to treat autoimmune diseases such as Crohn’s disease, ulcerative colitis, and thyroid disease. Practitioners believe a leaky gut allows inflammation-promoting proteins into the body, which set off an autoimmune reaction that encourages the body to attack itself—and that severely restricting the diet to a small number of potentially anti-inflammatory foods will treat the condition. While some studies have yielded mixed results, more research is needed since there is little evidence to support the idea that changes in intestinal permeability (aka a “leaky gut”) or instances where the lining of the gut becomes less effective at absorbing nutrients and containing germs directly causes disease or other significant health issues.

Foods to eat on the Paleo diet

People who go on the Paleo diet are allowed to eat lots of whole, minimally processed foods such as:

​Foods to avoid on the Paleo diet

Anything that wasn’t available to our ancient ancestors is out. On the upside, that means no highly-processed foods, refined sugar, artificial sweeteners, added salt, and trans fats. However, you’ll also say goodbye to lots of other beneficial foods, namely:

While you can get the calcium you need for proper bone health without dairy, it’s definitely a challenge on this plan. For the 1,000 milligrams of calcium (and 600 international units of vitamin D) you’ll need for strong bones, consider a supplement.

​Grains such as wheat, oats, barley, and rice

Not all experts agree that grains were absent from the prehistoric diet. “In some places, grains were an important part of the Ice Age diet. Plus other species, such as Neandertals, also show some evidence of grain consumption,” Ungar says. Since minimally processed whole grains deliver complex carbs and fiber for satiety plus B vitamins for energy, don’t ditch them entirely.

Beans and legumes are filled with cholesterol-lowering soluble fiber and potassium for healthy blood pressure. Like whole grains, their slowly-digested complex carbs and fiber can help you feel full. Try Kirkpatrick’s strategy of squeezing in small servings.

While some people add potatoes to their list of Paleo diet foods, purists say not so fast. Sweet potatoes, however, get the thumbs up. Since white spuds are a grey area, go with baked or roasted potatoes with the fiber-rich skins on.

Grain-based alcohols (think vodka, beer, and scotch) are a no-go. But more relaxed plans allow for the occasional glass of sulfite-free red wine, especially because it contains the heart-friendly antioxidant resveratrol.

Like any diet that severely limits what you can eat, initially, this plan can lead to weight loss. One study found that over a six month period, Paleo dieters shed about 17 pounds and kept most of it off for two years.

Weight loss aside, are there other reasons to go Paleo? Some fans claim that it can prevent or cure conditions such as autism, dementia, and polycystic ovarian syndrome, to name a few. Trouble is, there are no studies to support these assertions. There has, however, been published research on insulin levels, blood pressure, and cholesterol. Yet much of this has relied on extremely small studies. And because the results have been inconsistent at best, many health experts urge caution in interpreting it. But, despite its restrictive nature, a Paleo diet can have real health benefits for certain people, says Cording. “People who previously ate a lot of processed foods rich in sodium, sugar, and trans fats may notice positive changes in blood sugar and cholesterol when they stay on a Paleo diet for a longer period of time,” she notes. That said, you can easily reap the benefits of these changes with a more flexible, less restrictive weight-loss plan.

​Potential​ ​side effects and health risks of the Paleo diet

One of the biggest concerns of this diet is the long list of side effects and health risks such as:

Is the Paleo diet safe?

Right now, there still isn’t enough research to say for sure if the Paleo diet is safe, although there are certainly plenty of side effects and health risks to consider. One of the biggest is heart health. “This diet can often mean more saturated fat because you’ll be eating larger amounts of meat than normal, so it can impact blood lipids,” says Kirkpatrick.” In addition, because this diet omits dairy products, several studies have found that it may weaken bones as well.

Other disadvantages of the Paleo diet

Safety aside, there are lots of other reasons to carefully consider going Paleo, such as:

​The upshot: Does the Paleo diet work?

In the end, the Paleo diet may help you lose weight, but it can also have unpleasant side effects and possible health risks. And remember, weight loss isn’t the only measure of whether a diet works. Wellness and long-term sustainability matter, too. Considering that Paleo may not even be historically accurate, it’s unnecessarily restrictive for most people.

This article was reviewed for accuracy in June 2021 by Angela Goscilo, MS, RD, CDN, Nutrition Manager. The WW Science Team is a dedicated group of experts who ensure all our solutions are rooted in the best possible research.