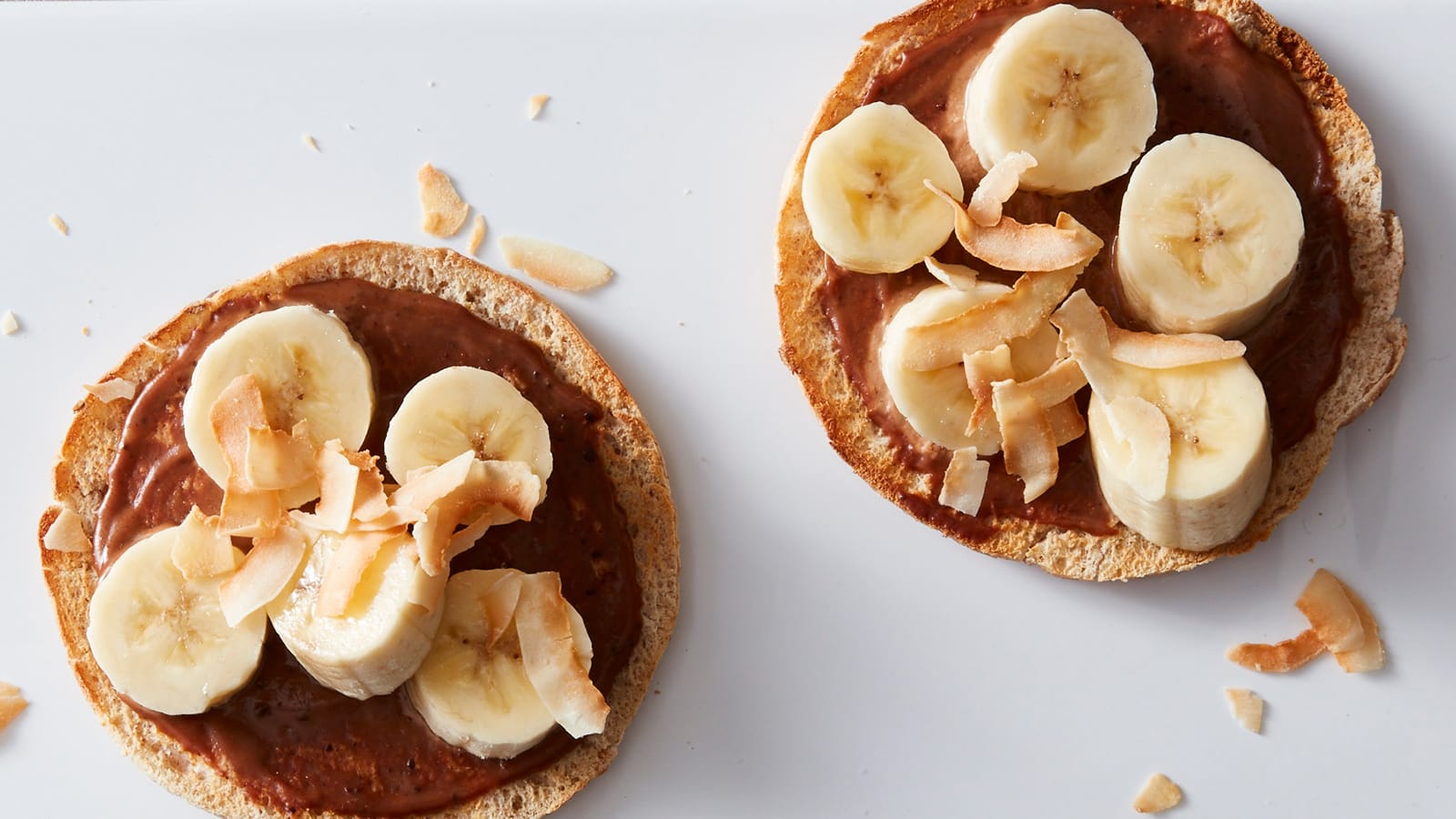 9 foods that contain way more sugar than you would think

These common foods are surprisingly high in sugar—and some of them aren’t even sweet!
By Alisha McKinney

Everyone knows that foods like doughnuts, ice cream, and candy contain sugar. But what about granola? Or yogurt? Or sports drinks? You might not look at canned soup the same way you would a candy bar, but some seemingly good-for-you foods can be sugar bombs in disguise. Here’s how to spot them.

Not all sugars are created equal

Sugar, simply put, is a carbohydrate that occurs naturally in foods like fruit and beverages like fruit juice. It can also be added to foods. Sugar contains no nutrients but it does contain calories. Those calories also have no nutrients which is why they're often called "empty" calories. Naturally occurring sugar on the other hand, such as the fructose (fruit sugar) in apples, is a different story. The food that contains the fructose also contains fiber and nutrients that may help reduce  heart disease and cancer.

Some foods like fruits and veggies and non-fat Greek yogurt contain naturally occurring sugars. Fresh produce is also high in potassium, fiber, folic acid, and vitamins A and C, and nonfat yogurt has calcium, vitamin D, potassium, and protein. That’s why foods like these have been included in our ZeroPoint foods lists. On the other hand, added sugars, found in soft drinks, cookies, and so on, don’t give us essential nutrients—it’s also really easy to overeat them. (That’s one of the reasons why they’re not on our ZeroPoint lists.)

A higher sugar intake has been linked to increased risk of heart disease, type 2 diabetes, even cavities, which is why it’s one of the nutritional data points we take into consideration—along with calories, saturated fat, and protein—in determining a food’s SmartPoints value.

How the myWW+ program helps you avoid added sugar

Our goal is not for you to eliminate sugar completely (that’d be unsustainable and un-fun) but to help you determine which foods are everyday foods, and which ones are “sometimes” foods. While it’s true that foods that are higher in sugar will be higher in SmartPoints, they can be effectively balanced with ZeroPoint foods like lean proteins, fruits, and vegetables.

Why is added sugar so bad?

There’s a wealth of evidence that points to the health benefits of eating patterns that are lower in sugar. Excessive added sugar consumption is one factor contributing to obesity, and it also increases the risk for heart disease and type 2 diabetes.

How much sugar should I be eating?

Granulated sugar, AKA the white stuff, comes from the sugar cane or sugar beet plant. It’s a crucial ingredient in baking since it helps food to brown and caramelize, provides flavor and texture, and enhances creaminess.

Coarse grain sugar is used as decorating sugar, regular granulated sugar is used in cooking and superfine sugar (made by passing regular sugar through a sieve) is typically used in beverages and meringues.

Powdered sugar, also known as confectioner’s sugar or icing sugar, is made by grinding regular granulated sugar to a fine powder and is commonly used to make icing and frosting, and to dust over baked goods.

Turbinado sugar is typically sold under the brand name “Sugar in the Raw”. It has large, light crystals that can generally be swapped one-for-one for brown sugar in recipes.

Muscovado sugar has much smaller crystals and has a strong molasses flavor.

Molasses is a thick syrup made from either sugar cane or sugar beet. There are three grades of molasses: mild (very sweet), dark (less sweet with a slight bitter taste) and blackstrap (very nutrient dense, often sold in health food stores as a supplement).

Honey
There are many different types of honey that vary in color, taste, and texture depending on the type of nectar collected by the bees. Three very common types of honey, all with mild flavor, include orange blossom, clover and alfalfa honey.

Agave syrup
Juice from the agave plant is processed and concentrated to form a sugary liquid that’s slightly thinner than honey. It’s popular with vegans as a honey replacement and is often used as a sweetener for beverages since unlike honey and sugar, it dissolves easily into cold liquids.

Sucralose is made from sugar but the body cannot digest it so it doesn’t provide any calories. It’s marketed under the brand name Splenda and is about 600 times sweeter than sugar.

Stevia is a zero-calorie sweetener harvested from a wild herb that’s anywhere from 100 to 300 times sweeter than sugar. It’s sold in powder and liquid form as a supplement in health food stores.

Aspartame is an artificial sweetener sold under the names Equal and Nutrasweet. It’s about 180 times sweeter than sugar but loses its sweetening power when heated and therefore cannot be used in cooking and baking.

Here are a few key words to look on labels when grocery shopping. Each of these is a different way of saying “added sugar.”

In some countries, nutrition labels do not require sugar to be displayed, although some brands choose to. As a result it’s a good idea to check ingredient labels for signs of sneakily-added sugars. (Corn syrup, evaporated cane juice, etc.)

Added sugar loves to hide in some surprising foods… 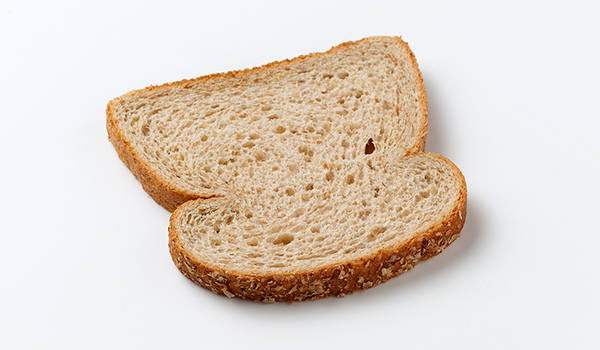 “Wheat” bread: Breads labeled as “honey wheat” can have as much as 15 grams of sugar for two slices. (That’s the same as roughly 4 Chips Ahoy cookies.) 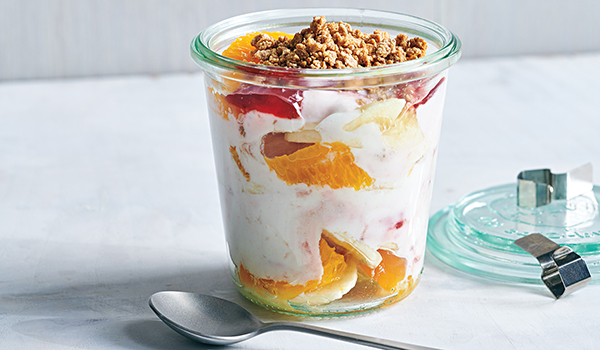 Sweetened low-fat yogurt: Some companies add anywhere from 9 to 12 grams of sugar in each cup. (That’s 5 or 6 Hershey’s Kisses.) Go for unsweetened yogurt and add fresh fruit and a drizzle of honey. 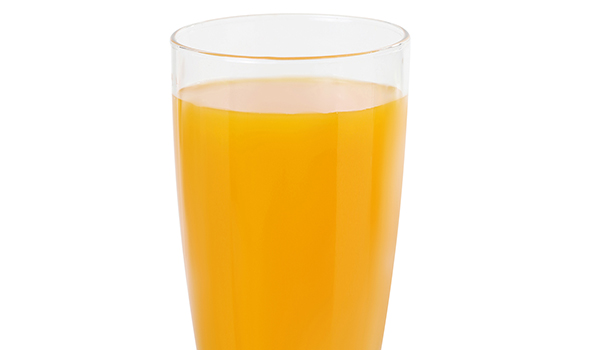 Fruit juice: While it’s true that fruit juice contains some vitamins and minerals, it also comes with a hefty dose of sugar and very little fiber. (There can be just as much sugar in a glass of juice as there is in a Coke.) It takes a lot of fruit to make a single glass of juice, so you end up consuming a lot more sugar (and SmartPoints) than you would by eating the whole fruit. This is one of the reasons why whole fruit—without added sugars or syrups—is a ZeroPoint food but fruit juice is not. BTW, if the label says “juice concentrate,” that really just means “added sugar.” 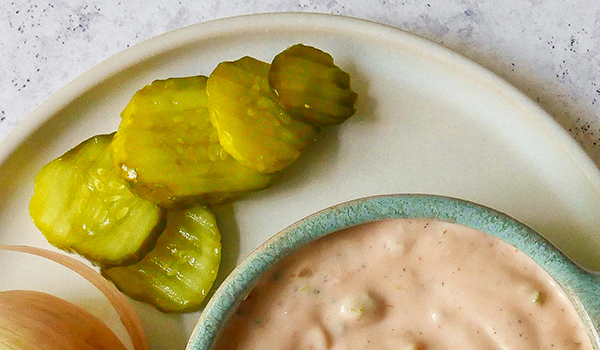 Pickles: To be fair, pickles don’t have a lot of sugar—about 0.7 grams. But still, surprising, huh? 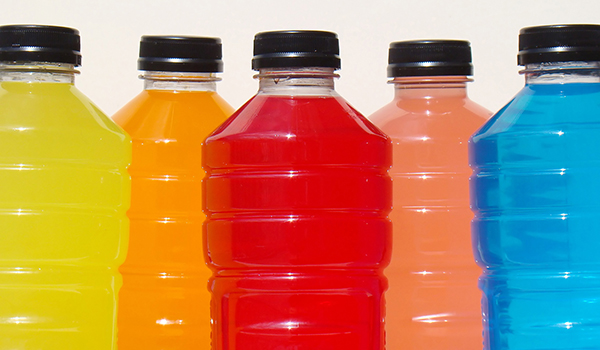 Sports drinks: Red Bull gives you wings, all right—wings powered by 52 grams of sugar. You could also get that by eating approximately 10 Oreos. 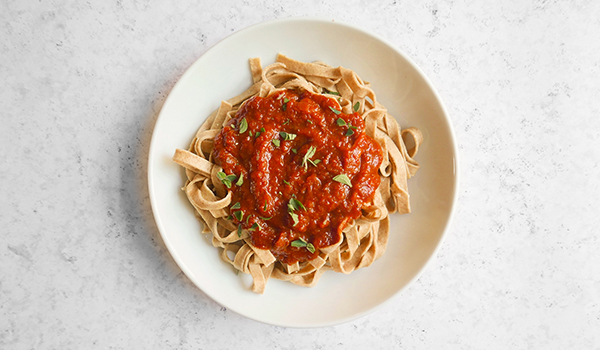 Pasta sauce: Pasta sauce contains natural sugars because of the tomatoes, but many canned sauces also contain added sugar. The best way to avoid it? Make your own. 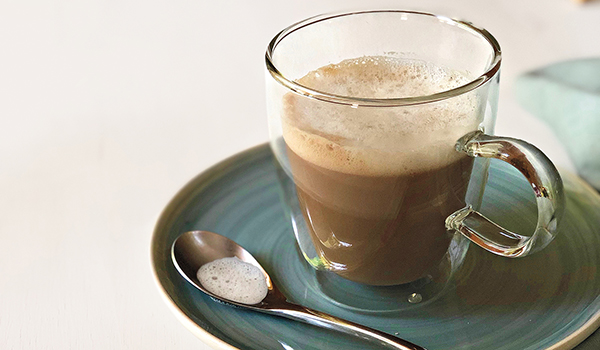 Flavored coffee creamers: Most “creamers” contain no milk or cream. You know what they do have? Plenty of sugar and oil. If you don’t like your coffee black, go for a splash of milk and a little sugar so that you know exactly how much is going in your morning joe. 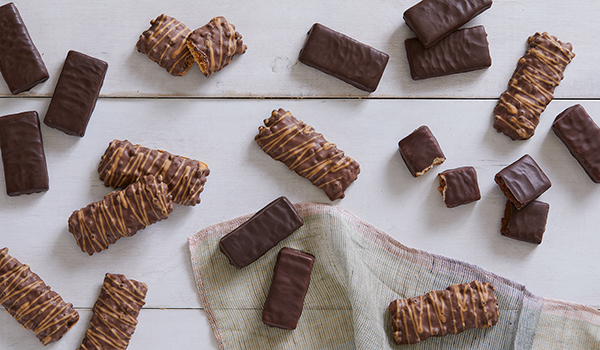 Protein bars: Some bars have as much as 19.5 grams of sugar—that’s more than a doughnut. If you want a protein fix, go for real food instead. Some good options: spread natural peanut butter on celery sticks, grab a hard-boiled egg, munch on some grass-fed jerky, or plate up some low-fat string cheese and grapes. 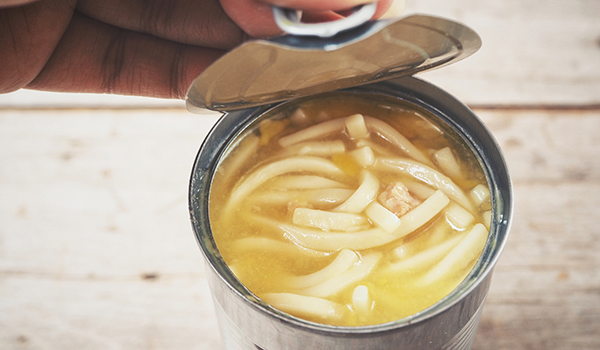 Canned soup: Surprise-surprise! Many canned soups contain added sugar to boost the flavor. Look for ingredients like sucrose, high fructose corn syrup, barley malt, dextrose, maltose, and other syrups. The higher up on the list an ingredient is, the more of it there is.

Can I be addicted to sugar?

First of all, rest easy: It’s not possible, physiologically, to be addicted to sugar. It might feel like it at times, but there's no scientific evidence that sugar is addictive. Here's why: Your body doesn’t go through physical withdrawal when you stop eating it—and it’s probably easy for you to pass up apples or bananas, which also have (naturally occurring) sugar. Rather than addiction, you probably have a habit of eating certain types of foods. So rather than something you need to ban, foods with added sugar are foods to plan for, rather than eat impulsively.

Pre-tracking sweets allows you to prioritize what you really want, rather than eating something high in added sugar because it happens to be in front of you. Let’s say you plan to meet a friend at your favorite gelato place. Pre-track the gelato! That way, if you spy leftover birthday cake in the office, it’s easier to pass it up: You’ve got a date with a food you really love!