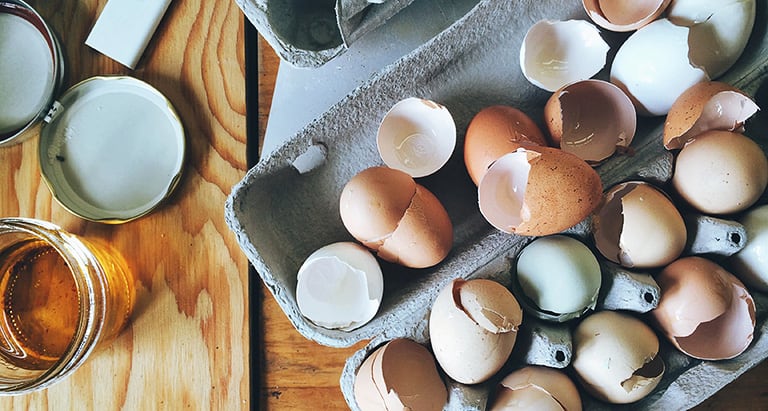 Can you eat too many eggs?

If you’re confused about whether eggs are healthy, it’s not your fault—there’s been plenty of flip-flopping from the scientific community. First, cholesterol-heavy eggs were practically a forbidden food. We dumped the yolks in favor of scrambled whites, brunched on egg white omelettes, and ditched eggs Benedict altogether. Then, suddenly, the tide turned and eggs were happily back on the menu. They’re even a ZeroPoint™ food on myWW+ Blue and Purple. More recently, though, stories in the media reopened the debate about dietary cholesterol, eggs, and our health. Want clarity? Read on.

One study vs. many

Recently, news outlets reported on a study published in the Journal of the American Medical Association (JAMA). The results: Researchers found that increases in egg intake were associated with a slightly higher risk of heart disease. But that was one study. “As a science-based organization, we look at the totality of the science,” says WW’s chief science officer, Gary Foster, PhD. “We don’t get influenced by just one study on a topic. Every study has limitations and this one is no different. It is based on one survey that asked people what they ate and tried to relate that survey to outcomes up to 30 years later.”

In other words, it’s smart to weigh those findings against the wealth of science showing that dietary cholesterol doesn’t significantly increase blood cholesterol.

So, you’re probably wondering, what does boost the level of cholesterol in your blood, raising your risk of heart disease? Health experts agree that saturated fat is the major culprit. “This is why our SmartPoints system takes saturated fats into account to guide members towards a healthier pattern of eating,” Foster says. “Foods higher in saturated fat are higher in SmartPoints. It is also why the most recent dietary guidelines for Americans had no limit on dietary cholesterol but did recommend limiting saturated fat.” In other words, you can continue to enjoy foods that contain dietary cholesterol—including eggs.

In many ways eggs are a natural health food. Just one large egg contains 6 grams of protein for approximately 70 calories. And not just any kind of protein. Eggs serve up the highest quality protein available, which our bodies use more efficiently than the type in foods like beef or beans. Eggs are also one of nature’s top sources of choline, a nutrient that keeps our cells healthy and our brains sharp. Plus, they supply small amounts of other important nutrients like iron, zinc, vitamin D, and vision-friendly zeaxanthin and lutein. And thanks to advances in agriculture, eggs now have 64 percent more vitamin D than they did 15 years ago. Think eggs are filled with fat? A large egg only contains only 5 grams worth, of which a gram and a half is saturated.

RELATED: How to Cook the Perfect Egg

Is an egg a day too much?

To answer that question, look at what else is on your plate. Cholesterol and saturated fat tend to travel together. So, if you’re already eating lots of meat and cheese, a three-egg omelette will only add more of both. But if you’re not consuming lots of saturated fat-filled foods, an egg a day is a good protein source for most healthy people to incorporate into their diets. “Members should be reassured, they can and should continue to enjoy eggs,” Foster says.

There is one egg-eating exception to keep in mind, however. “If someone has high ‘bad’ LDL cholesterol they may be more responsive to cholesterol in their diets,” says Alice H. Lichtenstein, DSc, director and senior scientist of the Cardiovascular Nutrition Laboratory at Tufts University. “In that case it would be reasonable to limit intake.” If your LDL cholesterol numbers are high, talk with your doctor about the best dietary choices for you.