The real reason fruit juices and smoothies have SmartPoints®

Love a healthy smoothie in the morning or a juice in the afternoon? You'll need to track it as part of your daily SmartPoints Budget.
When I add fruit to the smoothie recipes I create, it counts SmartPoints® values for it. I thought fruit was zero!
On the WW programme, many fruits and vegetables are ZeroPoint™ foods - when you eat them. But once they become part of a smoothie, the experience of consuming them changes.
Research shows that liquids don’t promote the same feeling of fullness as solid foods do.¹ When you drink something, it eliminates the act of chewing, which may impact the signals between the belly and brain.² This means that the smoothie or juice you’re drinking will not promote the same amount of fullness between meals as eating the fruit might.
Take a look at the diagram below. It’ll take some time to eat all of the fruit on the left-hand side and afterwards, you’ll probably feel like you ate a full meal. But this smoothie will be gone in a few sips. The result: you may get hungry sooner and be more likely to eat more later.

6 foods that will keep you full 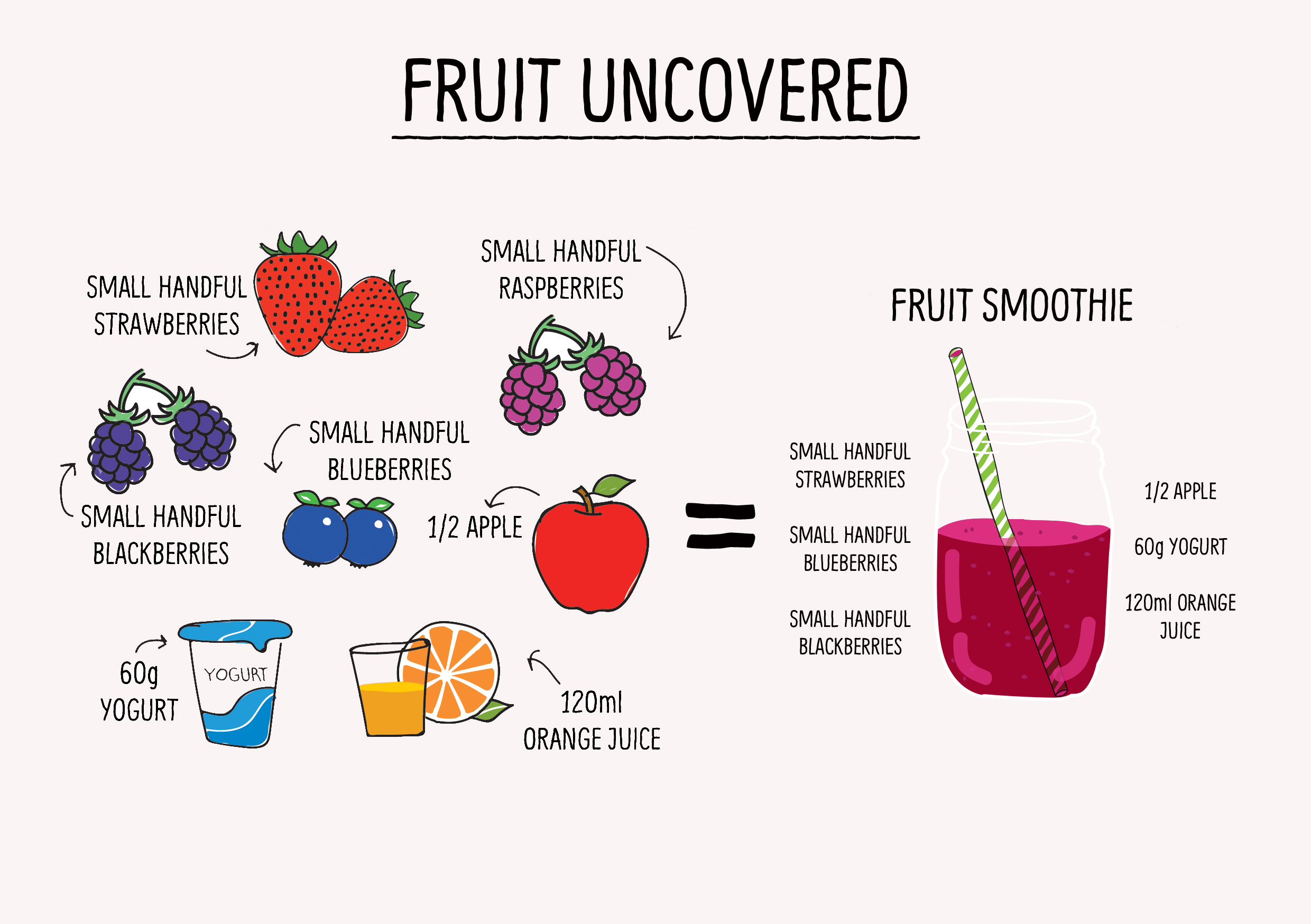 Are there other times when I need to count the SmartPoints for fruit and vegetables?

When a fruit has added sugar, such as fruit in syrup or its own juice, or when there’s less water content (for example, dried fruit) the SmartPoints values will count.

Can I eat too much fruit?

We encourage you to eat fruits and vegetables because they are nutritious, satisfying and tasty.

ZeroPoint foods don’t need to be measured or tracked, but that doesn’t mean they’re all-you-can-eat. Fruits and vegetables aren’t calorie-free just because many of them are ZeroPoint foods!

Eating any food, even ZeroPoint foods, to extremes could make you gain weight.

If you’re eating more fruits and vegetables than you used to, and you’re using them for healthy snacks, to bulk up your meals, or as a tide-me-over when you’re down to the last few SmartPoints values for the day or week, then great.

If you’re overeating fruit because it’s “free” you might want to pull back a bit. Like everything, it’s about balance and becoming mindful of what you’re eating. Let your hunger, and your weight loss, be your guide.

How to tell if you're actually hungry

Is it time to rethink your drink?

Why you should drink a glass of water right now