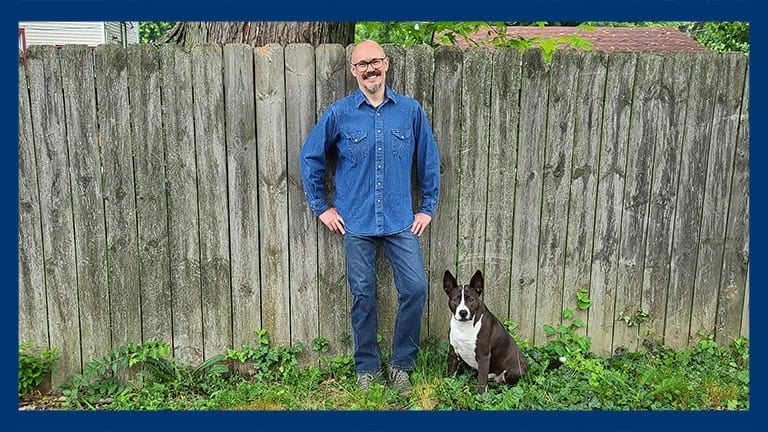 *People following the WW program can expect to lose 1-2 pounds/week. Darren lost weight on a prior program and is continuing on myWW+™.

Around the time I came out as gay, at 19 years old, it became evident that the church community I had known my whole life wasn’t going to love me anymore. That was hard. I turned away from my faith for a few years and learned to hide myself. When you believe you have to pretend to be somebody you're not in order for others to love you, it hurts.

I eventually found my way back through an accepting church, where I became senior pastor in 2014. A lot of clergy will tell you: Since our job is to lead and support others, it’s easy to end up taking care of everyone but yourself. Privately, I was struggling: with my weight, my overall sense of belonging in the world. In hopes of taking better care of myself, I joined WW as an Unlimited Workshops + Digital member in December 2019. 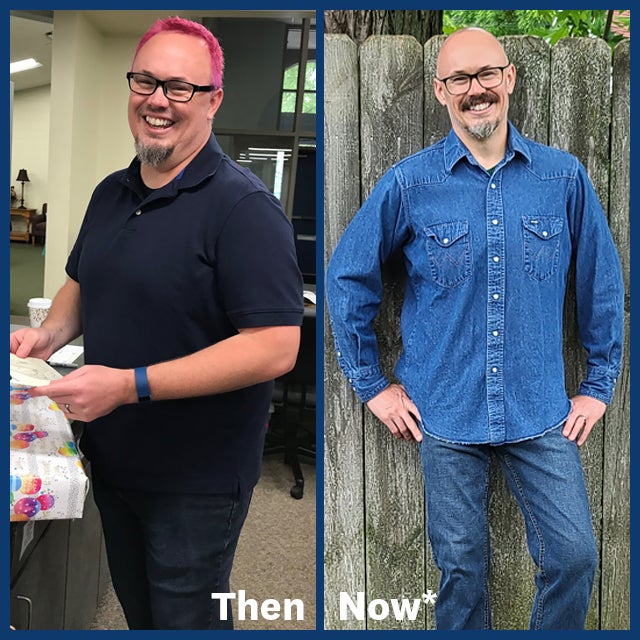 My biggest challenge going in: I had tried to lose weight over the years through various fad diets, low-carb regimens, Whole30 … Nothing ever stuck. Looking back, it’s clear I had a warped sense of what “healthy” really was. I wouldn’t touch bananas because I was convinced they had too much sugar; I never had bread because, y’know, carbs. I’d cut out entire food groups and feel miserable until I gave up. I needed to develop a better understanding of how to eat in a sustainable way and stop thinking in extremes.

How WW set me up for success: I was nervous when I went to my first in-person Workshop. As I said, taking care of myself had never been a priority. What’s more, I had never really thought of eating healthy or getting active as a way to take care of myself. I had a lot to learn.

I spent the first week taking things step by step. The list of ZeroPoint™ foods was helpful; I started planning my days around them. I diversified my meals and even included sandwiches—ah, bread! I was really excited by a Budget-friendly dessert I made with light ice cream, bananas, and semisweet chocolate chips. On a broader level, I was starting to learn that being mindful of my food choices was an investment in my self-worth.

What Darren ate then vs. now

The mental shift that surprised me: About a month into my journey, I noticed I was no longer experiencing anxiety and shame about my food choices—a change that first showed up in my sleep! One night when I first joined the program, I dreamed I ate a bunch of donuts, and I woke up with an intense feeling of guilt that stuck with me all day. A few weeks later, I dreamed I ate several slices of pizza. Only this time, I actually tracked the food in my dream, and I woke up with no emotional hangover. It was sinking in: Just track and move on! That’s been key for shifting my mindset.

How I’m making up for lost time: I don’t have many regrets in my life, but I do regret the years I disallowed myself from truly living. So I’ve worked to forgive myself while embracing experiences I used to avoid. Like last year, as I was inching closer to my goal, I saw a deal for an aerial circus class. I went to the studio with my husband and wore animal-print sweats while spinning on silks from the ceiling. It was so invigorating—like, “Is this really me?!” I love sharing these moments with my LGBTQIA+ Connect group. It’s great to feel a sense of belonging while celebrating that part of my life. It’s helped me grow in my self-acceptance.

The conviction that moves me forward: Some people look at the 100 pounds* I’ve lost and say, “You’re so much healthier now.” Actually, my bloodwork was fine before. Don't celebrate me for taking up less space; celebrate me for seeing the value within myself and living my fullest life. I spent so many years blaming myself for not belonging. I needed to build a belief that my mind and body were worth caring for. Every day, I try to show up for myself—and for others who might not believe in themselves just yet. We’re here for each other. We have to be.