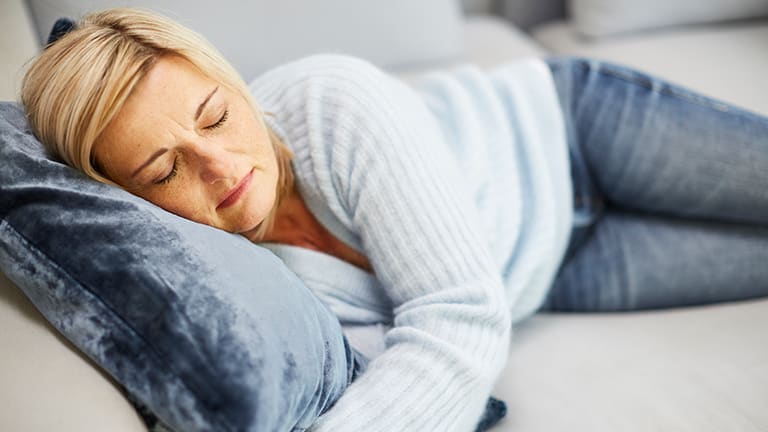 How long should I nap, and what are the benefits?

Dreaming of a midday doze? Here’s what you need to know about napping’s potential effects on health and wellbeing—and how to nap like a pro.
By Jessica DiGiacinto

If you believe there’s nothing as blissful as curling up on the couch for a snooze on a lazy Sunday afternoon, you’re in good company: Almost a third of adults surveyed by the National Sleep Foundation in 2019 said they take naps in response to daytime sleepiness.

The question is: Are those mini sleep sessions good for health? The evidence might seem confusing at first. While some published research suggests that short daytime naps may improve alertness, mood, and other measures of wellbeing, other studies suggest links between extended napping and health concerns such as metabolic syndrome.

Here, two leading sleep specialists share insights on the potential benefits and drawbacks of daytime napping, along with their best advice for napping in a way that supports good health.

Are naps good for you?


Napping can be part of a healthy lifestyle, says Nicole Mims, MD, a sleep specialist with Atrium Health in Charlotte, North Carolina. A beneficial nap is defined by factors such as the time of day you’re drifting off, the length of time you sleep, and your reasons for feeling tired in the first place, she explains. Let’s take a closer look at some positive ways napping may affect health.


Here’s what a number of small studies suggest concerning the potential health benefits of napping.

A 25-minute sleep break in the middle of a long workday—or any day where focus and precision are paramount—may enhance performance. In a 2006 randomized controlled trial of 49 E.R. physicians and nurses published in the Annals of Emergency Sleep Medicine, subjects who took a break for a mid-shift nap completed simulated tasks more efficiently, made fewer mistakes, and reported feeling less sleepy afterward than those who skipped the snooze.

Exercise, cut down on salt … take a nap? A 2019 study of 212 older men and women living with hypertension found that those who napped during the day experienced a potentially beneficial drop in systolic blood pressure, comparable to the effect seen with lifestyle changes and certain medications. Just note: This was a small, short-term study, Mims says, and more research is needed to validate the findings before adding naps to the list of established blood-pressure-lowering therapies.

When the 3 p.m. slump hits, you might assume that drinking a cup of coffee is the best way to jog your brain. A nap, though, might improve free recall memory (“What was the errand I had to run after lunch?”) better than the brew, according to a 2008 study of 61 adults published in Behavioural Brain Research. Napping was also found to be a relatively effective strategy for retaining new information in a 2019 study published in the journal Sleep. In that case, 90 young adults sat through a detailed factual seminar, then either napped, took a break, or continued cramming. A week after the session, nappers recalled the most detail.


4. Napping may impart a math edge

Could your number skills improve with a daytime sleep session? In a 2016 study of 32 adults published in Sleep and Biological Rhythms, subjects’ scores on addition and subtraction exercises improved after volunteers took a 20-minute nap. While you probably won’t wake up and start proving complex mathematical theorems (unless you already know how), it’s not out of the question that a quick nap could give you an assist in calculating a tip.

Even if you generally get the sleep you need, napping may provide a “considerable” mood improvement, according to a 2009 study review published in the Journal of Sleep Research. It may also help you put up with a frustrating situation for a longer period of time (so you don’t lose your cool while waiting for that Zoom meeting to end) and make less impulsive decisions, say researchers behind a small 2015 study published in Personality and Individual Differences. 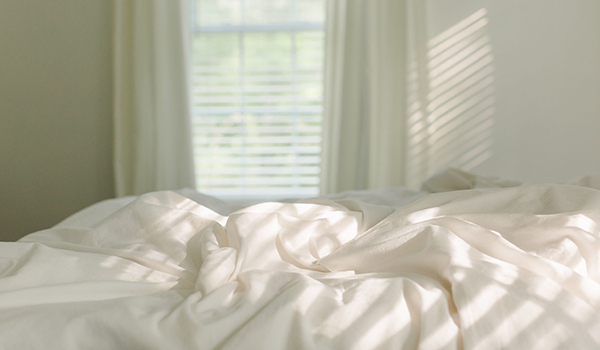 How long should you nap?

If you’re experiencing a mild bout of tiredness—and not a deeper, underlying cause of chronic sleep loss—a 20- to 30-minute “power nap” seems to be the sweet spot for supporting health, says Michelle Drerup, PsyD., director of the behavioral sleep medicine program at the Cleveland Clinic Sleep Disorders Center. This recommendation aligns with the published research described above. Longer daytime naps could take you into the deeper stages of slumber, leaving you groggy afterward and interfering with overnight sleep.

What is the best time of day to nap?

If you’ve ever been tempted to nod off during a midafternoon meeting or found yourself staring drowsily into the void after lunch, science might explain why: The body’s circadian clock, which regulates feelings of sleepiness and alertness throughout the 24-hour cycle, commonly produces an energy dip in adults between 1 and 3 p.m. If your schedule allows, that time window might be optimal for a short nap—you’re apt to nod off efficiently, and you’ll be distanced enough from your evening bedtime to minimize the impact on overnight sleep, Mims says. In general, she advises against napping later than midafternoon.


Are there negative effects of napping?

Extended naps have raised some red flags in published research. A 2016 meta-analysis of 21 studies found that a pattern of naps lasting longer than 40 minutes was linked to a sharp increase in the risk of developing metabolic syndrome, a cluster of disorders marked by elevated blood pressure, elevated fasting glucose, and other health concerns. This builds on a 2006 review published in Current Opinion in Pulmonary Medicine, which found that frequent daytime naps lasting longer than 30 minutes were associated with adverse health outcomes in general.

A 2018 study of subjects in China suggested a link between habitual daytime napping and depression, with one important limitation being that researchers were unable to look at specific nap lengths in their analysis.

Note that all these studies suggest an association; they don’t prove that prolonged napping directly causes health problems, Drerup says. For example, people living with depression may experience insomnia, which could bring on daytime tiredness and a tendency to sleep for longer stretches. More research is needed to fully understand the correlation between napping and negative health impacts, Drerup says.

Apart from potential long-term effects, just one overly long nap can result in sleep inertia, a temporary state of cognitive fogginess that some describe as being “nap drunk,” Mims says. Sleep inertia generally fades within 30 minutes or so of a person waking, she says, but may last longer depending on how deprived of nighttime sleep the person is.

Can napping help with weight loss?

To date, there’s no evidence to prove that napping has a direct effect on weight loss. Still, healthy sleep habits are important for overall weight management. A 2011 research review published in Current Opinion in Clinical Nutrition and Metabolic Care determined that getting too little sleep and getting sleep of poor quality both are risk factors for obesity. Possible reasons cited in the research include decreased glucose tolerance, decreased insulin sensitivity, increased evening concentrations of the stress hormone cortisol, and effects on appetite-regulating hormones ghrelin and leptin. So it pays to get your ZZZs.

That said, no single night of good or bad sleep has the power to make or break or your wellness journey. In many cases, simple lifestyle measures can improve sleep. If you often find yourself dragging during the day or need frequent naps to make up for not getting the seven to nine hours of sleep a night that most adults need to feel to their best, speak with a physician.

To nap or not to nap?

For people with a healthy pattern of sleep overall, clocking out for a quick catnap during the day—of about 30 minutes or less—could provide a short-term restorative boost and may support long-term health. If you’ve been struggling with persistent daytime fatigue or trouble sleeping at night, speaking with a doctor might be helpful in identifying or ruling out a larger sleep problem. Otherwise, curl up, close your eyes, and enjoy the midday snooze.

Jessica DiGiacinto is an associate editor at WW. A health and wellness writer and editor based in New York, she’s contributed to Popsugar, Bulletproof 360, and Galvanized Media, among other media outlets.