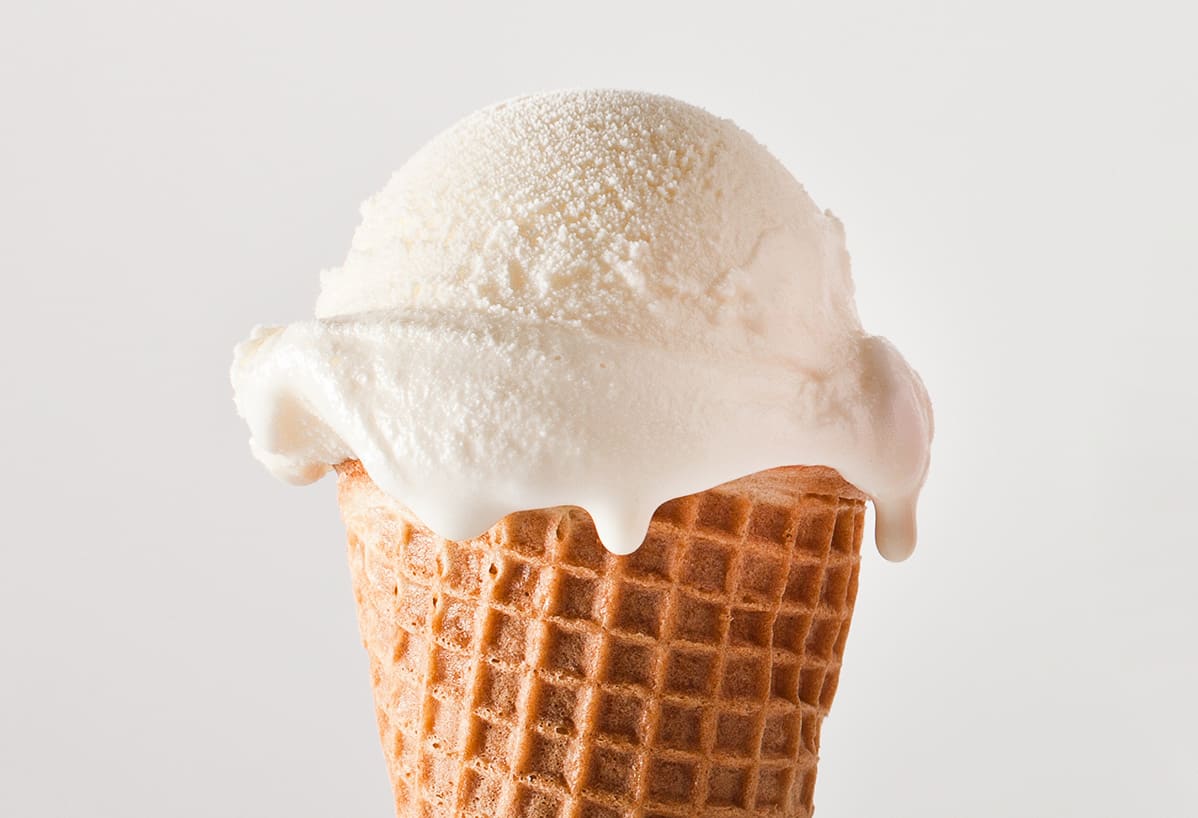 The Skinny on Ice Cream

It's hard not to scream with delight over this cool, creamy treat. Here's a guide to different types.
By Debbie Koenig

Come on, who doesn’t scream for ice cream? The more you know about this treat, the easier it is to make good choices. Our guide will help demystify these frozen treats and more.

The one-size-fits-all term of old now has several sub-categories, with varying degrees of waistline-friendliness.

A few words about milk fat: Because the amount of air pumped into different brands varies so greatly, the percentage of milk fat doesn’t correspond precisely to the number of fat grams per serving. For example, if a super premium vanilla has 16-percent milk fat and 12 fat grams per serving, the regular might have 10-percent milk fat and 7 grams of fat in a serving, and the light could have 4-percent milkfat and 4 fat grams. That’s why it’s so important to calculate the PersonalPoints values for each specific brand you try.

Three names for the same thing, this is a revolution in reduced-calorie ice cream production, a new process that disperses the tiny globules of milk fat more thoroughly. The basic recipe — and the milk fat content — is the same as other low- and reduced-fat ice creams, but the technique used to make it creates the illusion of richness. These products can offer the satisfaction of premium ice cream with far less fat and calories. There are a few brands on the market now that have a PersonalPoints value of only 3 per serving, but still feel indulgent. Note that “no sugar added” doesn’t always equal a big difference in calories.

Surprise! Those sweet swirls are almost always reduced-fat — most recipes call for only 3- to 6-percent milk fat. Plus, its soft texture is air-churned, which yields fewer calories by volume. Frozen custard is not the same as soft serve — it’s got added egg yolks, plus a higher percentage of milk fat.

Similar in texture to soft serve but with a much more intense flavor, gelato can be an occasional treat. It usually has more milk than cream, meaning a lower fat count than regular ice cream, but with much less air — so there are more calories in less volume. Stick to small servings.

With a taste and calorie count that’s similar to light ice cream, this is usually a smart choice — but don’t forget to read the nutrition facts. Some frozen yogurts have a higher PersonalPoints value per serving than slow-churned ice cream.

If you’re a vegan, lactose intolerant or watching your cholesterol, you can still enjoy a creamy treat. Frozen desserts based on soy or rice are plan-friendly — relatively low in calories and fat — and, while they may not taste exactly like the real thing, they’re a whole lot better than nothing.

Sherbet has less milkfat and more sugar than low-fat ice cream, and its PersonalPoints value is relatively low. Sorbet has no dairy in it at all, so it’s usually fat-free—but the high sugar content means that it may have just as many calories as some ice creams. But texturally it’s entirely different: more icy and refreshing, but less decadent.

How to Store Ice Cream

Back to Grocery buying guide