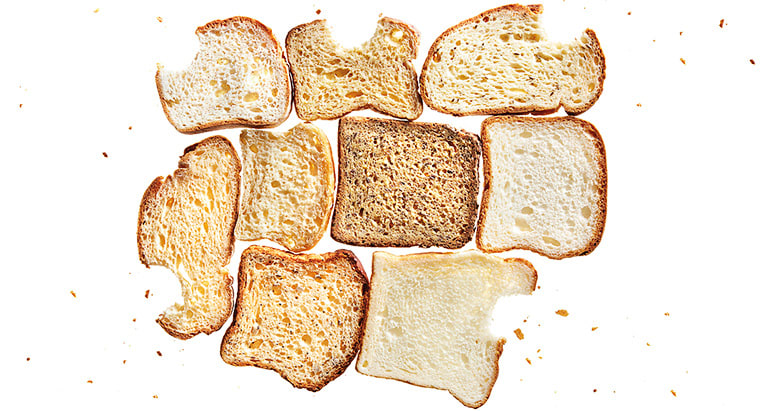 It's the biggest food trend since (wheat-free) sliced bread. But can it actually help you slim down?
By Marygrace Taylor

From your Facebook feed to your book club to the celebrity magazine you flip through while you’re in line at the market, it seems like everyone is raving about gluten-free diets. But can eating this way actually help you lose weight?

A whopping 30 percent of U.S. adults say they’ve tried cutting gluten—the protein found in wheat, barley, and rye—out of their diets, according to a poll by the market research firm the NPD Group, but unless you’re one of the 0.7 percent of Americans who actually have celiac disease, there’s no good reason to say goodbye to gluten, most experts say.

That includes weight loss. “When I counsel people who have been diagnosed with celiac disease, I warn them that they could gain weight when going gluten-free,” says Lori Welstead, MS, RD, LDN, nutrition adviser at the University of Chicago Celiac Disease Center. “So I definitely would not recommend eating gluten-free to lose weight.”

Given all the hype, it’s common for people to assume that gluten-free alternatives like gluten-free bread, pasta, snack foods, and baked goods are healthier or lower in carbs than their conventional gluten-containing counterparts. But the opposite is actually true, Welstead says. Most of these products are made with ingredients like potato starch, tapioca starch, and white rice flour—which are high in refined carbohydrates that can spike your blood sugar and prompt your body to store more fat.

Packaged gluten-free foods also tend to pack considerably more calories. Gluten helps give bread and baked goods their light, fluffy texture. “When you remove it, you have to add more fat to give the products a better mouth feel,” Welstead says. And because many gluten-free flours don’t taste that great on their own, manufacturers often rely on added sugar to improve the flavor.

There’s more. Because many conventional wheat bread and grain products are enriched with vitamins and minerals, trading conventional foods for their gluten-free counterparts could make you more likely to miss out on important nutrients. One recent Clinical Nutrition review found that gluten-free diets tend to be low in vitamins D, B12, and folate, as well as minerals like iron, zinc, magnesium, and calcium. They also tend to fall short on fiber-rich whole grains, which can help you feel fuller longer, keep you regular, and most important, may protect your heart. A 2017 BMJ study of more than 110,000 people found that people who follow a gluten-free diet do not receive the cardiovascular benefit of eating whole grains. As a result, the study authors concluded that people who don’t have celiac should not purposefully steer clear of gluten.

But what about all the happy, svelte people who swear that going gluten-free helped them slip into their skinny jeans? Indeed, one small study did show that people without celiac disease who followed a gluten-free diet for a year lost more weight than those who ate gluten.

But when you look closer, the findings weren’t all that impressive. The gluten-free eaters only shed three more pounds. And their weight loss was self-reported, not measured in a clinic setting. (So there’s no way of knowing whether their scales were accurate, or if they overestimated their weight loss.) Most important: The study didn’t track what participants ate on a daily basis. “They could have been eating a gluten-free diet by way of Whole 30, Paleo, or just by cutting out processed foods,” Welstead says.

And that matters a lot. There’s a big difference between a gluten-free diet that’s high in processed foods, and a whole-foods diet that also happens to be gluten-free. Sticking to lean protein, fruits and veggies, nuts and seeds, low-fat dairy, and grains like quinoa or brown rice can support your weight-loss goals. But it’s because those foods are wholesome and minimally processed, not because they’re free of gluten, Welstead says.

The bottom line? Going gluten-free isn’t a magic bullet for weight loss—and consuming a diet high in processed gluten-free foods could actually make you gain weight. So, if you want to give gluten-free eating a try, stick with whole foods made from simple ingredients—and be sure to include some gluten-free whole grains like quinoa or brown rice, Welstead says. There’s a good chance that cutting out the processed junk could help you reach your goal.