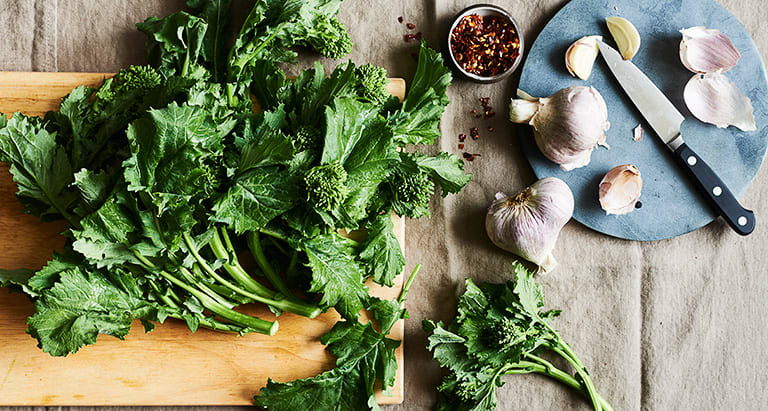 Do you drink your coffee black while others stir in spoonful after spoonful of cream and sugar? Do you prefer the bite of dark chocolate to that of milk chocolate? If so, you may be among the 25 percent of the population whose taste buds are not especially sensitive to the bitter compounds found in these foods. Another 25 percent is at the other extreme: Highly sensitive to bitterness, this group is likely to wince at the taste of an undressed salad. The rest of us fall somewhere in between.

"People don't live in the same taste worlds," explains Valerie Duffy, PhD, RD, associate professor of dietetics at the University of Connecticut. "We vary in our ability to taste bitterness, which in turn translates into differences in our perception of the flavor components of food and what we like to eat."

Bitter foods range from coffee to grapefruit and certain whole grains, but vegetables are the biggest culprit for many people. If you can't detect the subtle hints of sweetness in a stalk of asparagus and you have to force yourself to consume broccoli and cabbage, don't despair. There are ways to minimize the bitter taste of so many vegetables.

Cooking & seasoning
"Cooking is an important tool in altering taste," explains Duffy. Boiling leafy greens such as kale and collards in water for 10 minutes and then sautéing them in oil with garlic greatly improves their palatability. In addition, adding salty, sweet or sour flavorings helps block bitterness, so try a little salt or a squeeze of lemon. Other good toppings for bitter veggies include soy sauce, mild-flavored vinegar or honey. Another strategy that Duffy recommends is roasting vegetables or caramelizing them, which can produce delicious results as long as they're not overcooked (this tends to intensify their less pleasing flavors). Stop before they turn black.

Never say never
Some good news for vegetable haters is that people tend to become less finicky about bitter flavor as they get older. "Unfortunately, many people think they don't like vegetables because when they first tried them, their taste buds weren't fully developed," says Duffy. So if you have avoided your greens since childhood, give them another try — you might be surprised to find a new favorite food.

Must-try recipes
These are some of our favorite recipes for healthy, great-tasting greens.

Rigatoni with turkey sausage and kale

Swiss chard with raisins and almonds