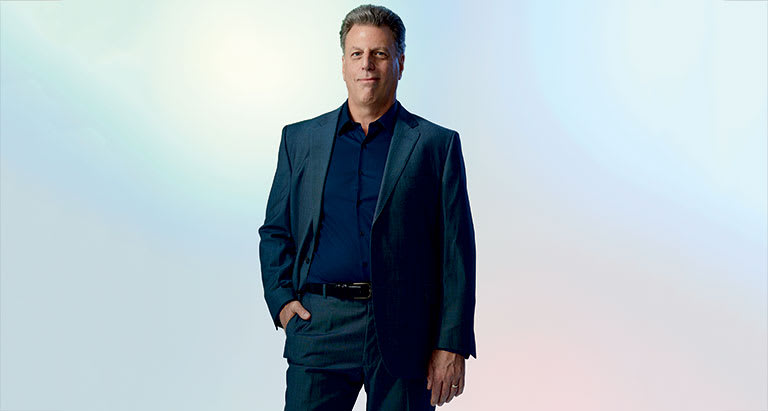 For Peter, the weight has been lifted

After 45 years, this member finally found peace.
As told to Katerina Savvides

*People following the WW program can expect to lose 1-2 pounds/week. Peter lost weight on a prior program and is continuing on myWW™.

“I joined WW to lose a few pounds, and I ended up telling my story and changing my life. Go figure.”

It took me 45 years to tell my story. But here I am, going very public about what happened to me, and it’s just so freeing, so liberating. Finally, the weight is off my shoulders.

In June 1972, my father died suddenly. I’m an only child, and at 15 years old I became the man of the house, and that was a lot of pressure. I had a paper route, and a guy I met on the job befriended me. He was 30, the older cool guy and I felt accepted by him. One day, he persuaded me and my friend to skip school. He picked us up and brought us to his house, and that’s when the first of three sexual assaults occurred. When it was happening, I remember leaving my body and watching from above. The shock, confusion, guilt, and shame were overwhelming. Between that and wondering why God had taken my father, I thought I deserved all of it.

I suppressed these feelings for years. There was no therapy to deal with this in the ’70s. But when I was in my 30s, after I married my wife and had my first child, all the feelings came rushing back, and over the past 30 years, I’ve been dealing with these repercussions.

With sexual abuse, there’s tremendous confusion. Your body reacts the way it’s programmed and you start to think you must have liked it, and if you liked it, you must have deserved it. I wrestled with all of this.

But over time I realized that the abuser had gotten into my mind and had taken control of my brain and my body. Because of that, I felt like I had to overly control every single part of my life. Over the years, I’ve learned to let go and know that my life is in God’s hands.

I had put on weight little by little through the decades, and I wanted to get healthier, so I joined WW in April 2016. I was on Connect one day when I saw someone post about missing her father. I reached out and said, “How about you write him a letter?” Back in my 30s, I wrote a series of letters to my father telling him everything that had happened and asking for forgiveness. After a long while, I realized there was nothing for my dad to forgive.

As I started to open up about what happened when I was 15, I decided to share it publicly on Connect. I felt like I was in a safe place; the trusted community around me shared the same goals as me. After telling my story, my life fell into place. My physical weight came off, and I felt lighter than ever, emotionally, too.

Now, at 61, I’m the healthiest I’ve been in my entire life — mentally and physically. It’s my turn. After I told my story, a few of my Connect pals suggested that I start volunteering at a rape crisis center. I said, “What am I going to do over there?” But I’ve thought about it, and I walked into a center. I want to give others the help they need to move forward in their lives.

If you or someone you know is a victim of sexual assault, click here for resources.