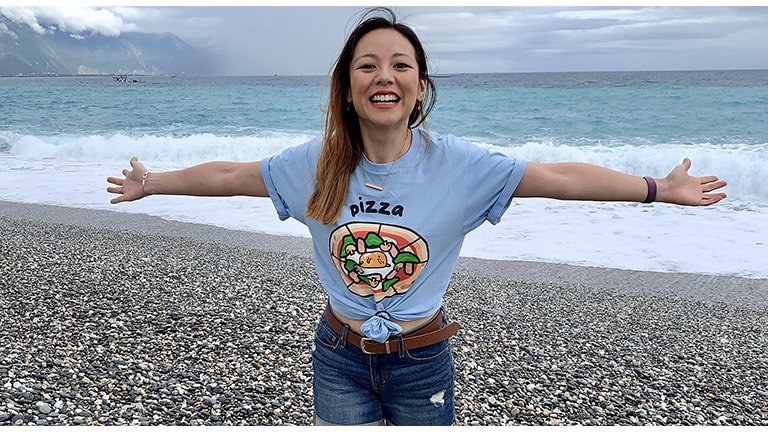 Still debating which approach to follow on the new myWW programme? Take a look and read why Maxine decided Purple was for her.

Purple - from a WW member’s point of view!

Hey all, it's Maxine (@maximmortal) here! I lost 3st and got to goal weight on WW's previous Freestyle™ plan, which is akin to the Blue plan of the recently launched myWW programme. My initial thought was that I would stay 'true to Blue'!

However, the call of carbs with the ZeroPoint™ foods on Purple was too tempting and I found myself opening up the WW app and switching approaches straight away. I mean, who doesn't love carbs?!

New to WW? When you sign up, you'll take a personal assessment around your food preferences and lifestyle choices, and be matched to a plan that suits you. You have the option to switch plans - find out how and the answers to more myWW FAQs here. 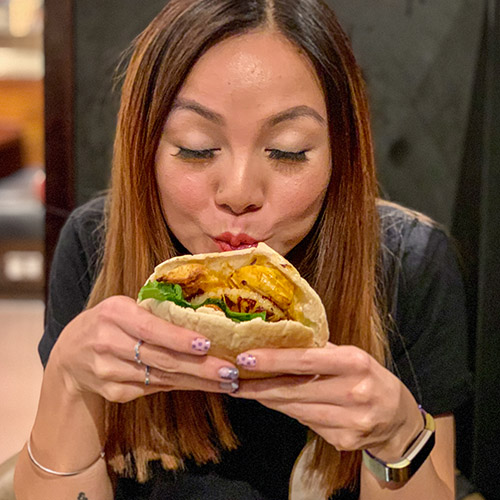 I was dubious that I'd really be able to eat my favourite carb combo of rice and potatoes for 0 SmartPoints® and still lose weight. It sounded too good to be true! However, I decided to put my trust in Purple and give it my best shot for at least two weeks. I knew I could easily switch to another plan if it didn't work out.

So does Purple really work? With my recent three week holiday and Christmas/New Year, I've not been able to give it a proper chance. However, in my first full week on Purple, I lost 1.1lbs, before going on holiday where I gained 12lbs! I lost 4.1lbs in my first week back after holiday, but then Christmas and New Year happened!

I've just had my first fully tracked week since the New Year and I lost 1.1lbs, so it's working for me and it can work for you too! 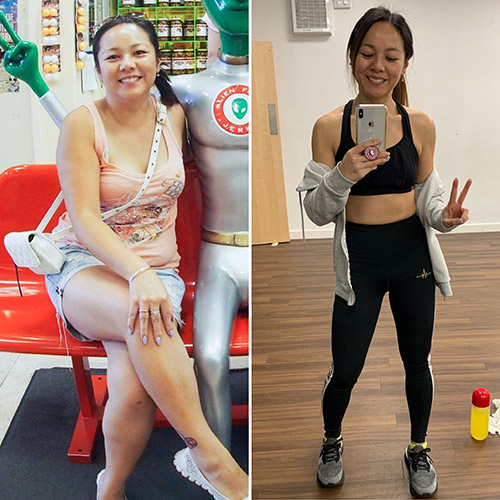 Even with my limited opportunity to put the Purple plan through its paces, I've already started noticing and feeling new benefits. Now that I’m maintaining, my focus has shifted more towards becoming stronger and increasing muscle mass, rather than losing weight and getting fixated with that number on the scales.

Over the years I’ve been increasing the number and length of my gym sessions , albeit only half an hour on most days – after all, the only bad workout is the one you didn't do! I've also introduced more weight training, such as deadlifts and barbell squats.

All that extra cardio and lifting means that I need more energy to actually fuel those workouts and to be effective. So, the addition of the ZeroPoint™ carbohydrates has been a welcome source of extra energy! 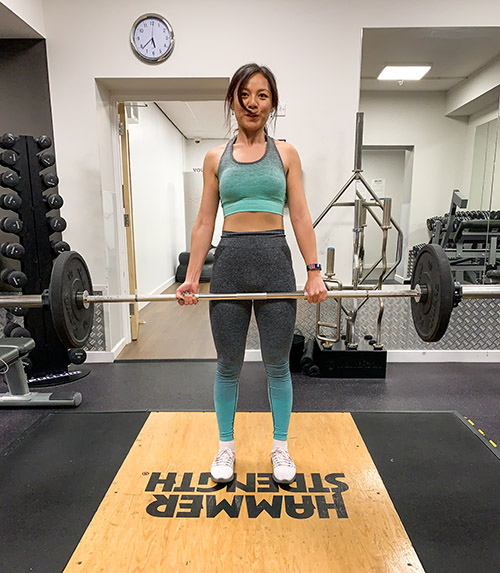 On the previous plan, I would still eat some carbs, but nowhere near as much as I do now, or I’d find lower SmartPoint alternatives such as cauliflower rice or edamame pasta. They’re great swaps and I never felt like I was missing out. However, I was finding that on some days at the gym, I just wasn’t feeling that energetic, or I’d be hungry both before and after the gym, even after eating my two (yes, two) breakfasts, plus snacks!

On Purple, I'm eating overnight oats for breakfast and I bake oat cupcakes to snack on throughout the day, instead of having a cheeky protein bar. With these changes, I definitely feel fuller for longer and have tonnes more energy at the gym, helping me to achieve new personal bests! I have so much more energy now that I even went to the gym on Christmas Day, for the first time EVER! 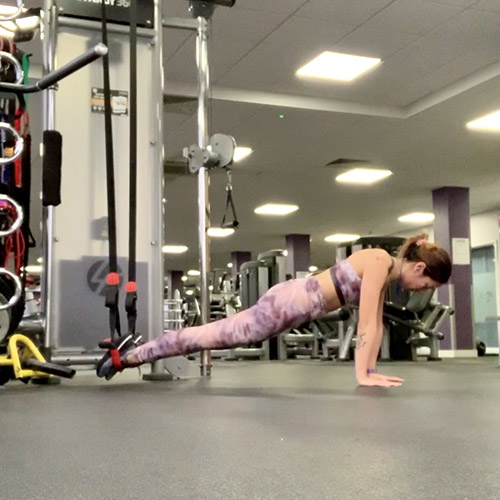 I've noticed that on Purple I'm making better food choices in general, but particularly at the weekend. Previously, by Friday night (my weigh-in day), I'd be well into my weeklies, hitting minus weeklies by the end of the weekend by eating crisps, chocolate and ice cream, and often skipping lunch to 'compensate'.

This would lead to a vicious cycle of me being hungry, but then reaching for more crisps and chocolate in an attempt to fill the hole. Then I'd spend the rest of the week rolling 4 SmartPoints over every day trying to break even! It worked for me somehow, but it meant I was more restricted during the week.

On Purple, I don't have to skip meals to save SmartPoints any more. I now know I can eat substantial 0 SmartPoint meals such as porridge and tuna-filled jacket potatoes, and still have chocolate or enjoy a meal out, all within my daily and weekly allowances! In turn, because I'm fuller for longer thanks to those ZeroPoint™ foods, I find myself reaching less and less for the chocolate, and not necessarily needing a meal out after all.

My vicious cycle has now transformed into a virtuous circle! 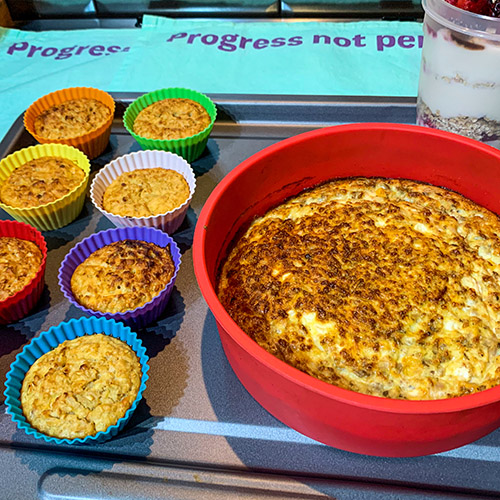 I am finding that Purple does require a tiny bit more preparation than before (certainly for my work meals anyway), but because I enjoy baking and cooking, that's not an major issue for me. I don't think my partner, Tom is enjoying the increased amount of washing up he has to do though!

Purple fits in with my style of cooking too, as I like to batch cook things that will easily go with rice or pasta and that will serve us for more than one meal.

The 300+ ZeroPoint™ foods means I don't have to spend as much time weighing out ingredients in order to make a meal! One of my favourite cuisines is Mexican. I absolutely love the Mexican beef and rice casserole recipe, which can be found on the WW app.

I like to try and reduce the amount of SmartPoints in a recipe as much as possible! I'll make tweaks such as swapping out white rice for brown rice or using fat-free yoghurt instead of sour cream. Small changes can drastically reduce the SmartPoints but be just as tasty! With the WW app it's really easy to edit the ingredients within each recipe and make it your own. 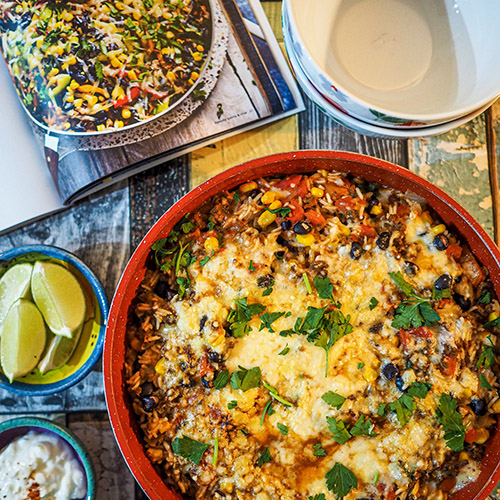 With the three myWW plans there really is something for everyone, so if you're considering joining WW, now is the perfect time! Joining WW was one of the best decisions I've made – both my physical and mental health have improved and benefited since joining! So I'll be sticking with Purple for now, as it seems to be fitting in with my lifestyle and working well for me!

“Which colour will help me lose the most weight?” and 14 other things you’re probably wondering about.