What is the best diet for prediabetes?

Wondering what prediabetic diet is right for you? Read on to find out.
Article by Karen Ansel

First piece of advice: Don’t panic. The good news is that your diet and eating patterns can make a huge difference in what happens next. Following an appropriate eating plan can actually help stop or delay the progression of prediabetes to type 2 diabetes. Here’s how to develop a prediabetic eating approach that supports your health today and going forward.

What is a prediabetic diet—and do you need one?

First, let’s back up for a quick look at what prediabetes is - sometimes called borderline diabetes, prediabetes occurs when a person’s blood sugar (glucose) is higher than normal but not quite high enough to be diagnosed as diabetes. Prediabetes often results when the body has trouble using insulin, the hormone that helps move the glucose from food into the body’s cells for energy. As the “pre” implies, prediabetes can progress to type 2 diabetes if it goes unaddressed (about 37% of people with untreated prediabetes develop type 2 diabetes within four years, research has found). Prediabetes also increases a person’s risk for developing heart and kidney disease.

One tricky aspect of prediabetes is that you might not feel any symptoms if you have it. This partly explains why more than 8 out of 10 people living with prediabetes don’t realise they’re affected. So it’s good to know the risk factors, which include carrying extra weight, living a less-than-active lifestyle, and having a family history of diabetes. If you are in a high-risk group, consider speaking with your doctor about a blood screening to learn whether you have prediabetes. Prediabetes is a reversible condition, assures certified diabetes educator Julie Stefanski, RDN (registered dietitian nutritionist), a spokesperson for the US Academy of Nutrition and Dietetics.

Some prediabetes risk factors are beyond our control including having a family history or being over age 45. But the major risk factors are largely manageable, Stefanski says. Citing research from the Diabetes Prevention Program Outcomes study, she notes that people with prediabetes who adopt lifestyle changes such as becoming more active, eating a nutritious diet that emphasises whole foods, and losing weight are significantly less likely to develop type 2 diabetes in the years that follow than people who do not make such changes.

Got all that? Now let’s talk about how nutrition and meal planning can help you manage prediabetes.

If you recently had a blood screening and learned that your results are in the prediabetes range, you might be wondering, “So what am I supposed to eat now?” or even, “Should I quit carbs altogether?”

It makes sense to think about diet: Studies have shown that as part of a healthy lifestyle plan, eating adjustments can work as well as or better than medication for delaying or preventing the onset of type 2 diabetes. That’s a good thing! But the fact is, there’s no one-size-fits-all “prediabetes diet,” according to a 2019 analysis of nutrition research published in Diabetes Care, a journal of the American Diabetes Association (ADA). In a nutshell, it’s best to work closely with your doctor or a medical nutrition specialist to develop an eating approach that works for your health situation.

Luckily, most people with prediabetes don’t need to eat special meals or “ban” certain foods to manage the condition, Stefanski says, a stance supported by the ADA’s analysis. Your care provider likely will encourage you to choose nutritious whole foods that satisfy your appetite and support your overall health, as well as limit processed foods and sweetened drinks that can add to your blood sugar load without filling you up or providing much nutrition.

Although not everyone who develops prediabetes is overweight, extra kilos—particularly in the waist area—often play a role by promoting insulin resistance, explains certified diabetes educator Toby Smithson, RDN. Insulin resistance occurs when the body’s cells become less sensitive to the hormone over time, which can cause sugar to remain in the blood instead of moving into cells for energy. For this reason, a healthy prediabetes diet may be one that supports weight loss, Smithson says.

Even modest weight loss can make a meaningful difference in reducing diabetes risk, notes Jill Weisenberger, RDN. Indeed, a small 2013 clinical trial found that people at risk of developing type 2 diabetes saw significant improvements in insulin response when they lost just 5% to 7% of their body weight.

Foods for a prediabetes eating plan

Figuring out a prediabetes-friendly eating plan might seem daunting given the health concerns at stake. Weisenberger recommends coordinating with your care team to set goals that feel achievable. Again, the objective in most cases would be to choose nutritious, minimally processed foods that nourish your body and support your overall health. Adjustments to your diet might include adding more leafy greens to your favourite meals, swapping refined-grain foods such as white bread and pasta for 100% whole grain versions, and trading sweetened soft drinks for fruit-infused water.

And a note about carbs: Carbohydrates are indeed the source of blood sugar in the body; most carbs we eat break down into glucose to fuel the body’s cells. But having prediabetes doesn’t mean having to swear off all carbs in your diet, Weisenberger says. The healthy approach for most people is to choose the most nutritious sources possible in balance with other food types.

And while no single food can make or break your health, the following are some foods to consider putting on your plate while managing prediabetes:

Foods and drinks to consider limiting when you have prediabetes

Most healthy eating approaches allow for occasional treats—and that goes for people managing prediabetes, too. If you’re a fan of any of the following items, consider putting them on your “once in a while” list. Then, make a plan for including them in a way that won’t undermine your health goals.

All the experts who spoke with WW agree that diet can play a huge role in reversing prediabetes. But there’s no universal formula for what kind of diet works best for that purpose. As you’ll learn in a moment, studies suggest that a variety of eating patterns are correlated with improvements in glycemic control and a reduced incidence of type 2 diabetes. Not every approach makes sense for every person.

So think of the following list of diet plans as, well, food for thought. Your doctor or medical nutritionist can help you create a personalised plan that accounts for your weight-management goals, your overall health picture, and what you actually like to eat.

Remember the Diabetes Prevention Program (DPP) study we mentioned back at the beginning of this article? The DPP lifestyle approach reflects the findings from that research. Participants in the study who received one-on-one coaching to reduce their fat and calorie intake with a goal of losing at least 7% of their body weight—and who also exercised for at least 150 minutes each week—were 58% less likely to develop type 2 diabetes after three years compared with at-risk volunteers who took a placebo and received general advice about diet and physical activity.

This eating pattern favours foods widely enjoyed by people in regions bordering the Mediterranean Sea, including vegetables, legumes, fish, nuts, grains, and unsaturated plant fats such as olive oil. Compared with a typical Australian diet, a Med-style diet generally contains less red meat and dairy. There’s good evidence to suggest that eating in this way may help lower the risk of developing type 2 diabetes and cardiovascular disease, possibly thanks in part to the diet’s emphasis on monounsaturated fat sources over saturated fat sources.

Low-carb diets affect blood sugar in a fairly straightforward way: Limiting carbs means less of what you eat breaks down into glucose, Stefanski says. Low-carb diets vary in their nuances, but most cap carb intake at around 130 grams of carbs in a day, or 26% or less of total calories consumed. A 2015 research review found that in people with type 2 diabetes, low-carb diets were associated with short-term improvements in glycemic control and cardiovascular risk. Nevertheless, the researchers note that this may have been the result of the weight loss volunteers also experienced due to lower calorie intake, not necessarily the effect of restricting carbs themselves.

The keto diet is a super-low-carb, high-fat plan with moderate protein. It typically contains 70% to 80% of calories from fat, about 10% to 20% protein, and only 5% to 10% carbohydrates—which means very little of what you eat breaks down into glucose energy. Instead, the body enters a metabolic state called ketosis, a phenomenon in which the liver converts stored fat into substances called ketones to serve as a fuel source for cells. Evidence suggests that a medically supervised ketogenic diet in the short term may be more helpful for weight management and glycemic control than a moderate-carb diet for people with prediabetes and type 2 diabetes. But this super-restrictive plan isn’t sustainable for everyone, and long-term adherence tends to be low.

Evidence on the benefits of plant-based eating continues to grow—including for people with prediabetes, Smithson says. A 2019 review of studies showed that a plant-based diet high in fruits, vegetables, whole grains, legumes, and nuts can lower the incidence of type 2 diabetes by as much as 30% versus diets higher in animal-derived foods. “Plants contain vitamins, minerals, and a multitude of phytonutrients that work together to help keep us healthy,” Weisenberger says. 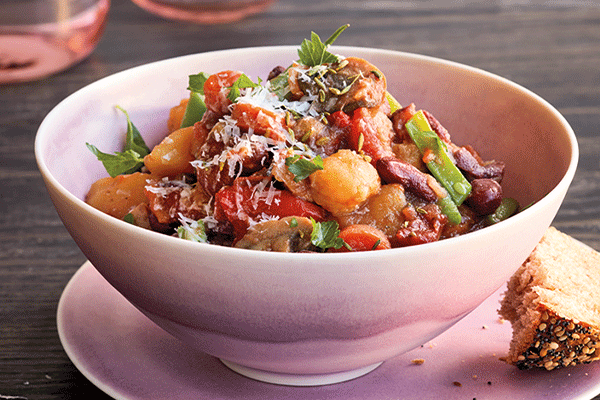 Meals that help lower the risk of progression from prediabetes to type 2 diabetes can be delicious and simple to prepare. Again, while there’s no one-size-fits-all approach, a prediabetes-friendly meal plan generally includes plant-based foods, lean protein, whole grains, and healthy fats, supporting sustainable weight loss while delivering all the nutrients needed for good health and wellbeing. Here’s a sample of what you might eat in moving toward those great benefits.

The upshot: What is the best diet for managing prediabetes?

A wealth of research shows that a healthy pattern of eating can play a powerful role in halting or slowing the progression of prediabetes to type 2 diabetes. Health experts consider prediabetes a reversible condition.

As convenient as it would be to have a surefire formula that told everyone exactly what to eat for reversing prediabetes, there’s no single plan that works for every person. The upside is that you and your care provider can develop a personalised eating plan that supports good glycemic control, takes any additional health concerns into account, and includes lots of foods you actually like to eat. A triple win for health!

Research also indicates that a prediabetes diet works particularly well when coupled with regular physical activity. While it’s important to take prediabetes seriously, you probably don’t have to completely reinvent all your meals or transform into a marathon runner overnight. “The first step is to accept your current risk of type 2 diabetes, then make gradual changes to your diet and lifestyle habits,” Stefanski says. Small measures you take today really do matter—and can put you on the path to better health down the line.

The most important things to know about diabetes