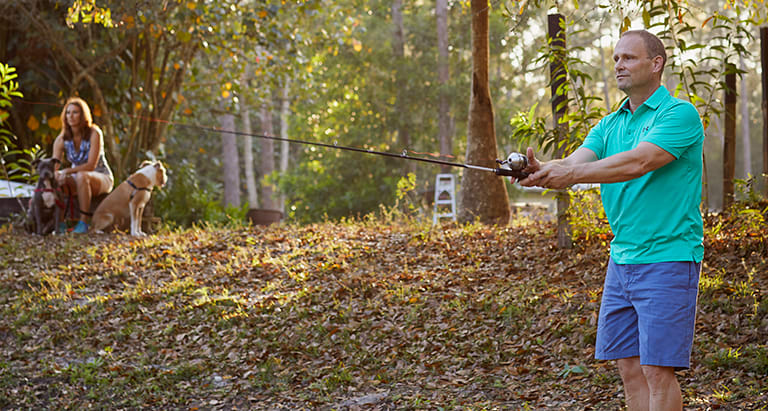 When tragedy struck Jack and his family, he used the program and his dogs to help him stay positive—and come out stronger in every way.

*People following the WW program can expect to lose 1-2 pounds/week. Jack lost weight on a prior program and is continuing on PersonalPoints™. Hear Jack talk about his journey to finding peace after loss in the video below.

In Jack’s words:
When I was younger, I could eat whatever I wanted, and it wouldn’t affect my weight. I had a fast metabolism, and I stayed active by playing tennis. But when I started working in my 20s, I was sitting most of the day — and still eating the same amount of food — and that wasn’t a good formula for success.

Making success stick
Life got complicated after I opened my three businesses and began making money. I come from a poor family, so when I could finally afford to eat and buy whatever I wanted, I became self-indulgent. I was a little arrogant about my success but also unhappy. I felt out of control. I had lost weight several times, but nothing ever stuck. In August 2015, I decided to join WW Digital. I told myself, “Just start today, and give it a try,” and that’s what I did.

Dealing with tragedy
Two months after I joined, my son, my only child, died in a car accident. I knew my life could go two ways: I could slide into a negative spiral, or I could stick with the program and focus on my goal. I’m thankful that I was on WW because it helped me do something positive during this immensely difficult time. Typically, I would have eaten through my emotions, but the program helped me take care of myself as I coped with my loss.

The best companions
My animals brought me comfort. I grew up on a dirt road in the middle of nowhere; my two dogs were my best friends. They don’t lie, they don’t have an agenda — they’re the best companions anyone could ask for. Over the years, I have rescued two pit bulls and four cats. When I retire, I plan to sell my three businesses and open a kennel so I can foster animals. They give me a purpose. 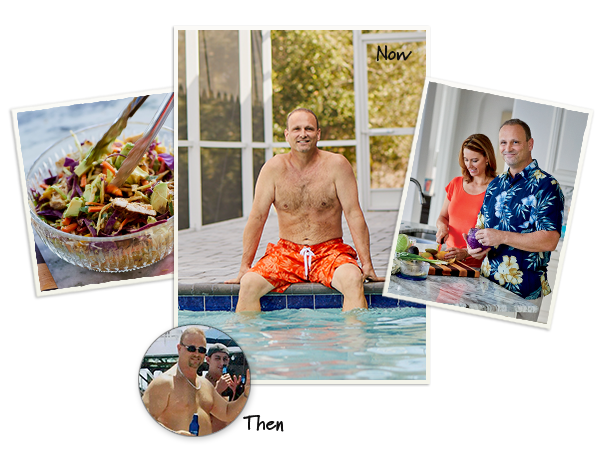 How Jack’s success with WW has improved his life

Finding support
When Connect debuted in December 2015, I found it especially useful. It’s not professional to share my feelings with my associates or clients. But I can go on Connect to find support. It feels like I’m talking to my sister or my mom — and it’s great to have an outlet where I can share my feelings openly.

Equal opportunities
Being a guy on WW has been fantastic for me. I’ve never seen the program as a tool for women only. Instead, I see it as a great control mechanism. Knowing that I have the app in my pocket — that I'm only one swipe away from getting back on track — is a good feeling. I tell new people who join, “You’ve already won by downloading the app. Now, you just track and let the time pass.”

Breaking ground
It seems like I’m going back to that dirt road I grew up on. My wife and I purchased a 5-acre piece of land where we’re building our new home. The property offers a lot of opportunities for staying active. We walk and play fetch with the dogs. We enjoy archery, so we have bows and targets. And we hit golf balls out there because it’s all open. We’re planning for a healthy future.

A better life
Through this journey, my self-image has changed completely, and that has helped me in my relationships with my wife, my associates, my friends. If you’re not feeling good about yourself, it’s difficult to be engaging and positive. Now I’m in such a better place mentally — I’m happier — and that has enhanced everything in my life.