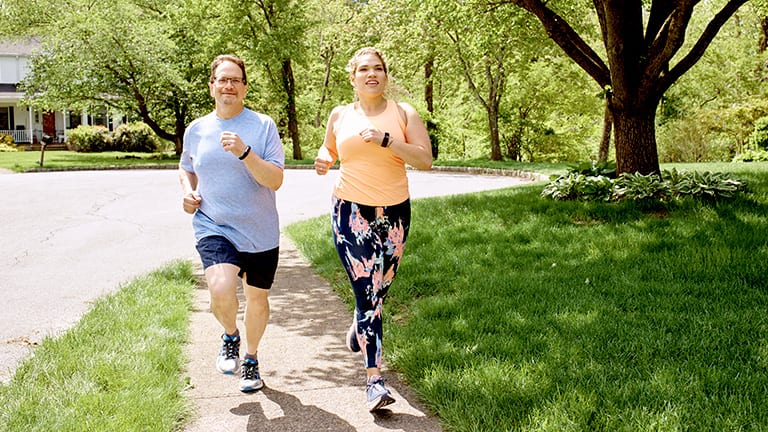 Exactly how to start running

No gym fees, no fancy equipment — just you, your shoes and the open road.
By Matt Vatour and Chris Knight

"Running is cheap — you don't need facilities, you don't have to wait in line, it's very carefree," says Mike Hamberger, a certified strength and conditioning specialist who coaches running through his company DC Running Coach. "It makes you in tune with your body, and for a lot of runners, it’s a form of religion."

Running: it's in your DNA


Think you're not built for running? It's very much what makes us human. Scientists say that early hominids thrived in part because of their running abilities. It is believed that about 1.8 million years ago — well before humans started to use stone-tipped spears or the bow and arrow — humans were able to hunt stronger, faster mammals by exhausting them through long-distance running. Though unlikely to beat many other mammals in a sprint, scientists say, humans today can still outrun almost every other mammal at marathon-length distances.


Running isn't just great exercise — it can cut down on stress, too. "After a day at the office, a good, long run is better than a glass of wine," offers Beth Onines, former executive director of Illinois Runs Training Programs, a chapter of the Road Runners Club of America.

As for weight loss, running can deliver impressive results — about 115 calories (for a 170-pound person) for every mile logged, on average. Because of this, running can be a good activity for those short on time. It's the second most time-efficient form of exercise, bested only by cross-country skiing.


Now for the bad news: Hit the ground running too hard, and you'll have a tough time walking to the water cooler, let alone training for your first 10K. Newcomers should realize that running is a high-impact activity that puts stress on joints and muscles. To cut down on the impact, the best place to get started is on dirt, gravel or other nonconcrete surfaces, as these will allow for softer landings.

How to Start Running


To provide proper support for your feet, invest about $80 to $120 on a pair of good running shoes, preferably from a store that specializes in running.

If weather and location allow, try to get outside and off the treadmill. Though a treadmill is "better than nothing," Hamberger says, the stationary exercise device can't replicate the workout of being outside, where you work against wind and run on variable surfaces.

To get started and motivate yourself to run, your best bet is to register for a running event a couple of months away, preferably with a friend. A race can be a better option than having the general goal of "getting fit" or to run for a set time or mileage per day, Hamberger says. "If you buy running shoes and sign up for a 5K, then you're not going to let that money go to waste."