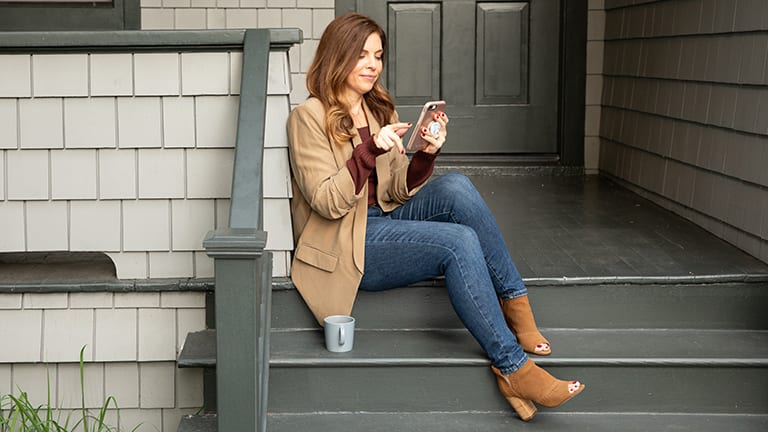 They could cause unintentional harm.
By Jessica DiGiacinto

If you’re like millions of people helping to flatten the curve of the Covid-19 pandemic by social distancing, one of your main activities at the moment is scrolling through social media.

In the past few weeks, you may have noticed the topic of quarantine weight gain starting to trend pretty hard. You’ve probably come across jokes about gobbling two weeks’ worth of snacks in a single day, or trading a wardrobe for a “quardrobe” that’s four sizes larger. You may have even shared such memes on your own social media accounts. Who couldn’t use some lightness in this strange new normal?

Indeed, memes about packing on pounds are garnering thousands of likes and shares precisely because they feel so relatable right now. But while they may be popular, they’re also deeply problematic, says Allison Grupski, PhD, a director of behavior change at WW. Memes and jokes that leverage bodyweight for laughs can have lasting, negative impacts that social-media users might not anticipate, she says.

If you’ve already shared such memes, don’t be too hard on yourself, adds Julie O’Brien, PhD, also a director of behavior change at WW. Just understand the facts for next time so your funny intentions don’t backfire.

Below, Grupski, O’Brien, and other experts tackle some pressing questions about the role and responsibility of humor during a global crisis.

Is it wrong to have a sense of humor during a pandemic?

It’s actually 100% normal to crave comic relief right now. Laughter may even be beneficial in trying times. A small 2019 study in the journal Current Psychology found that cracking jokes can be a form of “cognitive reappraisal,” the act of reframing initial perceptions of a stressful situation to make the emotional impact more manageable.

“There’s nothing inherently wrong with spreading some humor or laughing at ourselves to help ease a stressful situation,” says Rebecca Puhl, PhD, a professor of psychology specializing in weight bias, and deputy director for the Rudd Center for Food Policy and Obesity at the University of Connecticut. “But it becomes problematic when that humor is at the expense of others, or insensitive, or reinforcing stigmatizing messages.”


So what’s wrong with weight gain memes? I’m laughing at myself, not someone else.

Though it may seem like a funny first-person commentary from your end, that viral meme depicting “my scale before and after quarantine” has potential impact far beyond your feed. At their core, such jokes spread disparaging messages about weight gain and physical appearance, perpetuating harmful notions that bodies are fair grounds for mockery, Puhl says. As a form of weight stigma, this messaging is commonly internalized on the receiving end and can heighten psychological stress, anxiety, and self-blame, according to a 2019 review in The Lancet. Probably not your intent!

Just as important to note, jokes about “quarantine eating” make light of real hardships. Thousands in the U.S. are struggling to access nourishing foods right now, while others are finding it difficult to stay active in the face of illness, confinement, or family caretaking. The last thing anyone needs to see in those situations is a flippant meme about gaining weight, Puhl says.


What if I just enjoy these memes on my own, without sharing them?

You do you, but understand that no one is immune to the negative effects of weight stigma, says Susan Albers, PysD, a clinical psychologist at the Cleveland Clinic who specializes in eating issues. Even if you’re just chuckling at a weight joke without sharing, its messaging can affect you as described above. It can also establish a norm that creates a self-fulfilling prophecy, Albers says. If we saturate ourselves with social media posts telling us that everyone is going to gain weight during the pandemic, she explains, our behavior may lead us unconsciously down that path.


In that case, is *anything* OK to joke about?

Social media offers plenty of funny stuff that isn’t fundamentally harmful or stigmatizing, Grupski says, adding that laughter is most positive and powerful when everyone is in on it. So, before tapping “like” or sharing that stress-eating macro image on your Insta story, ask yourself these questions: Does the humor make light of someone else’s ordeal? Is it poking fun at a real insecurity or vulnerability? Is someone the unknowing butt of this joke? Only when you can confidently answer no to all three should you even think about sharing, Grupski says. Nobody gains pounds to be a punchline.

The truth is, all our lives are upside down right now. Humor is just one tool to consider among many potential coping strategies that can help get you through these difficult times. It’s all about thinking in ways that help you feel confident and in the driver’s seat so you can live as well as possible while working toward your goals. And you can pass that mindset on to others through uplifting, motivating conversations—on social media and everywhere you connect.