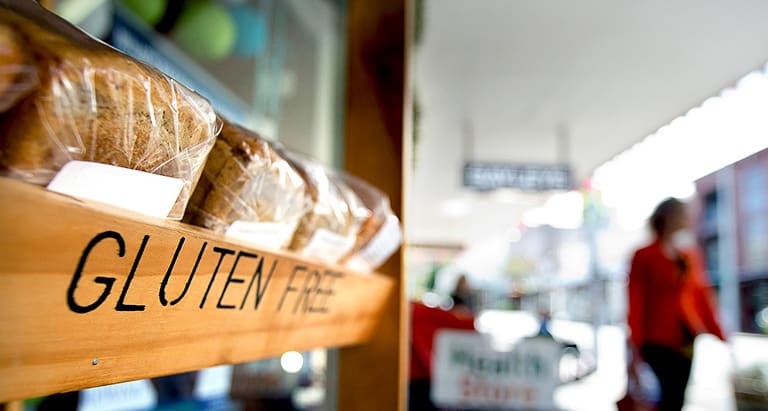 The Truth About Going Gluten Free

We asked the experts to debunk the misconceptions, and help you find what makes sense for you.
By Toni Gerber Hope

Diet fads come and go. (Anyone remember the Cabbage Soup Diet? The Grapefruit Diet? Just as well.) But the gluten-free (GF) movement seems to be in a category all its own. It’s “by far the trendiest diet to date,” says Alessio Fasano, MD, director of the Center for Celiac Research and Treatment at Massachusetts General Hospital. Over the past two decades or so, what began as a medical necessity for sufferers of celiac disease has attracted an ever-increasing number of followers, inspired by celebrity endorsements (Gwyneth Paltrow, Miley Cyrus, Russell Crowe, among others), word-of-mouth, and sometimes outright misinformation.

The result? According to a study published in JAMA Internal Medicine in September 2016, the number of Americans who don’t have celiac but avoid gluten—a protein found in wheat, rye, and barley—tripled between 2009 and 2014. “Market-trend data suggests that individuals who choose to eat a gluten-free diet for nonallergic reasons, do so because they believe it is a healthier diet,” notes Eamon Monaghan, an account manager at Statista, an online market research firm. Unlike a decade ago, grocery shopping now is much easier for these folks, with more than $2.8 billion worth of GF products on shelves in the US in 2014, projected to reach $4.89 billion by 2021.

But before you jump on this bandwagon, look at the facts. Much of the trend has been fueled by half-truths and hype, and there are serious medical and nutritional questions to consider before you decide.


That all depends. If you’re one of the 3 million or so people in the US who have celiac disease (many unknowingly) you will feel better on a GF diet. For the roughly 1 percent of Americans who are celiac sufferers, exposure to even traces of gluten sets off an autoimmune reaction that typically brings on digestive problems (diarrhea, bloating) and other symptoms (skin rash, headaches, fatigue) and over time can damage the small intestine.

If you’re in the group of people (estimated at about 18 million in the US) who may have non-celiac gluten sensitivity, aka gluten sensitivity, you may also feel better if you avoid gluten. While it doesn’t lead to intestinal damage (and there’s some debate about whether it’s actually a true condition), sufferers may get gastrointestinal (GI) symptoms similar to those of celiac (plus cognitive and other problems) and cutting out foods with gluten may help reduce these symptoms.

Finally, even if you don’t have either condition, if your approach to going GF means ditching starchy junk food and adding more vegetables and fruit to your diet, then you may well feel better, and likely have more energy and maybe a calmer digestive system as well. But that’s not necessarily about the gluten.

Misconception 2: If you think gluten might be a problem for you, the best thing to do is just cut it out of your diet


Unfortunately, it’s not that simple. If you have celiac disease or sensitivity,your best bet is getting an actual diagnosis. Determining if you have celiac disease requires a blood test and usually a biopsy. If you’ve flat-out eliminated gluten from your diet, you could delay your diagnosis since your symptoms will help your health-care provider get to the heart of the matter. “The longer you’re on a gluten-free diet, the longer you’ll have to wait for an accurate diagnosis,” Dr. Fasano explains.

Even if you have non-celiac gluten sensitivity, for which there is no definitive blood test, it’s still important to check in with your doctor before tinkering with your diet. You need to make sure the problem isn’t actually caused by celiac or another GI problem, like irritable bowel syndrome (IBS) or lactose intolerance, says Benjamin Lebwohl, MD, MS, of the Celiac Disease Center at Columbia University Medical Center. Again, just eliminating gluten to see if you feel better isn’t a good test. “You don’t always have an immediate reaction to eating gluten,” he notes, so you can’t necessarily find a pattern and conclude you have a gluten problem. If you feel your doctor isn’t familiar with these issues, ask for a referral to a GI specialist.


If your new diet includes more fresh fruit, vegetables, lean protein, and other foods that are naturally free of gluten, and you’re eating fewer calories overall, the readout on your scale may move downward. “But if you simply switch to GF versions of baked goods, pasta, or snack foods, and still eat the same amount of calories you’re not likely to lose weight,” says Alicia Romano, MS, LDN, a clinical registered dietitian at the Frances Stern Nutrition Center at Tufts Medical Center. “In fact, you could be taking in more calories than before.” Gluten is what makes dough elastic and gives baked goods the textures we’re used to. “When they take out gluten, manufacturers may add other ingredients such as extra fat and sugar to make products taste good,” Romano says. And Fasano notes, “I’ve found that some GF cookies have twice as many calories—140 compared with 70.”


Again, this largely depends on your approach. Certainly you can eat natural, healthy foods on a gluten-free diet. But not everyone does. Because manufacturers are trying to make GF foods similar to their gluten-containing counterparts, “A substitute product, like GF bread, can be highly processed,” says Steve Taormina, the Business Unit Manager at NSF International’s Consumer Values Verified Division. NSF International certifies products as GF. “It can be far from what some consider natural because manufacturers might have to do a lot of fiddling to make up for changes in texture and taste.”

Removing gluten from processed foods often also means substituting other starches—tapioca or white rice, for example—that aren’t whole grain. The result is that the GF version may not contain as much fiber as the original. “Research has told us for years that whole grains promote heart health and protect against certain cancers, among other payoffs,” says Angie Murad, RDN, LD, a wellness dietitian at the Mayo Clinic Healthy Living program. That’s why the federal Dietary Guidelines for Americans recommends that half or more of your daily intake of grains come from whole-grain sources. So if you’re staying away from gluten, it’s best to include some non-gluten containing whole grains such as quinoa, millet, or corn, among others.

You may miss out on other nutrients, too, if your pre-GF days’whole-grain intake came mainly from whole wheat bread. By law, flour, baked goods, pasta, and other products made from enriched wheat flour must contain certain vitamins (especially B vitamins) and iron. Other grains may be fortified,but if you go GF, check the labels or you could come up short.


Many GF devotees think that wheat, by causing body-wide inflammation, promotes ills like heart disease and diabetes (a theory popularized in the best-selling Wheat Belly). But new research from Columbia and Harvard suggests that cardiovascular disease is more likely related to a reduced intake of whole grains, not to gluten. In this very large study (which did not directly look at inflammation), people who ate lots of gluten-containing foods were no more likely to develop cardiovascular disease than those who consumed little, unless their gluten was coming from refined grains. Then their odds went up, too. “The issue turned out not to be gluten, but whole grains,” says Dr. Lebwohl, lead researcher on the study. The takeaway? Going GF isn’t a sure strategy for protecting yourself from heart disease. A diet rich in whole grains is a better bet.


You can eliminate gluten from your diet without hurting your health. Work with a dietitian to develop and follow a gluten-free plan that works for you. Here are a few tips they may share:

RELATED: How to Eat Gluten-Free on WW