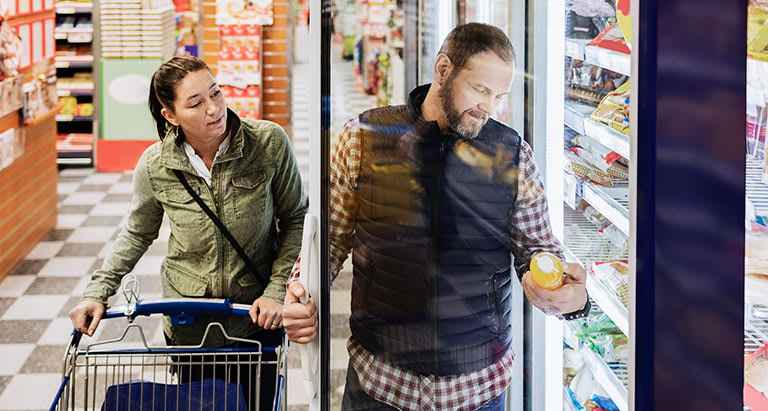 Processed Food Gets a Bad Rap. Should It?

From applesauce to zoodles, here’s what you need to know.
By Karen Ansel, MS, RDN

Close your eyes and picture the perfect grocery cart. Is it filled with foods like whole wheat bread, quinoa, skinless chicken breasts, yogurt, and fresh fruits and veggies? If so, then it’s filled with processed foods.

Technically speaking, any food that’s been altered from its natural form is processed. So if it’s been chopped, blanched, pasteurized, milled, packaged, or even washed, then it’s processed. “Lots of people will say they try to avoid processed foods as if they’re some kind of poison,” says Bonnie Taub-Dix, RDN, author of Read It Before You Eat It: Taking Your From Label To Table. “It’s a well-intentioned goal, but certain processed foods make our lives more convenient, safe, and healthful.” But they’re not all created equally. Here’s how to sort out the more healthful choices from the once-in-a-while treats:


You may not think of fresh foods and whole grains as processed but they still need to get from the farm to the table. That requires washing, trimming, and packaging. Foods like these can be the foundation of a healthy diet.


Think of: Canned tuna, salmon, beans, and frozen and canned fruits and vegetables


Sometimes food needs a little help to stay fresh or maintain its nutrients. That’s not necessarily a bad thing. Take frozen fruits and veggies, for example. “Fresh, local produce can be great, but in the middle of winter your options are limited,” says Atlanta-based nutritionist Marisa Moore, RDN. “That’s when it makes sense to keep frozen fruits and vegetables on hand, especially since they’re picked at the peak of ripeness and quickly frozen for optimal nutrition.” Just bear in mind that some vegetables varieties can be swimming in cheesy or buttery sauces, and some fruit can have added sugar. So be sure to scan the ingredient list, which should be limited to fruits or vegetables and maybe a little salt.

And speaking of salt, what about canned foods? “Canned foods have been misperceived as being unhealthy foods that contribute little nutritionally, but research reveals that’s not the case,” says Yanni Papanikolaou, MPH, a vice president with Nutritional Strategies, Inc. Case in point: A 2015 study found that people who frequently ate canned foods had more healthful diets than those who rarely ate them.

Go ahead and buy canned, water-packed tuna and salmon, beans, veggies, and fruits packed in either juice or water—just remember to keep an eye out for salt. Salt isn’t just added to food to make it taste better, it’s also a preservative that helps foods stay fresh longer. Trouble is, salt contains blood pressure–raising sodium and most of us consume way too much of it. Look for sodium on the nutrition facts label 140 milligrams or less is considered low and again on the ingredient list masquerading as sodium chloride, monosodium glutamate (or MSG), baking soda, sodium bicarbonate, sodium nitrate, or sodium benzoate.


Think of: Pasta sauce in a jar, salad dressing, yogurt, and mixes made with rice, quinoa, couscous, or pasta.


While these foods are usually healthful choices, they can contain all kinds of added ingredients—like preservatives, salt, sugar, and fat—to keep them fresh or make them taste better. That can be a mixed bag. Consider pasta sauce, for example. It may harbor added sugar, but it may also contain olive oil that helps you absorb its vitamin A and lycopene. If you’re not sure what to make of this, the answer—as with sodium—is to become an expert label reader, especially where added sugar is concerned.

“Sugar is the master of disguise, wearing over 20 different names on food labels,” says Taub-Dix. Look for sugar synonyms such as corn syrup, malt syrup, rice syrup, organic cane juice, honey, molasses, and maltodextrin as well as words that end in the letters “–ose.” While you want to be on the lookout for [added] sugar, you don’t have to eliminate every last gram of it. Dietary Guidelines for Americans agree that consuming up to 10 percent or less of your daily calories (that’s 38 grams of sugar, or 9 teaspoons, if you’re on a 1,500-calorie diet) can be part of a balanced diet. So, of course you want to compare labels, but if the convenience of pasta sauce with a few grams of added sugar helps you get a healthy dinner on the table, go for it.


Unless you’re willing to bake your own bread or grind your own peanut butter, there are going to be some highly processed foods on your table. And that’s not all bad—provided you sleuth out the best ready-made picks.

Go for unsweetened cereals, nut butters that are made of only nuts and salt, and milk alternatives. And skip the sugar-heavy granola. What about bread? “There’s a lot of confusion surrounding advice to make half your grains whole, with many people thinking that enriched grains should be entirely avoided,” says Papanikolaou. The truth is: that advice stems from research that finds that many of us wouldn’t meet our targets for folate and iron without some enriched white flour in our diets.

Obviously, no one is suggesting that you ditch your oatmeal or whole wheat bread.


Ultra-processed foods give processed food its unhealthy reputation. And rightfully so. In addition to being loaded with sugar and salt, these tend to contain large amounts of ingredients like emulsifiers, preservatives, and artificial flavors and colors. A recent study from NHANES found that ultra-processed foods deliver nearly 60 percent of our total calories and close to 90 percent of our added sugars. At the same time, people who eat more of these foods also tend to down more saturated fat yet fewer vitamins, minerals, and fiber. So if you’re going to choose a packaged food like this, compare labels and choose the product with the lower amount of saturated fat, added sugar, and sodium.