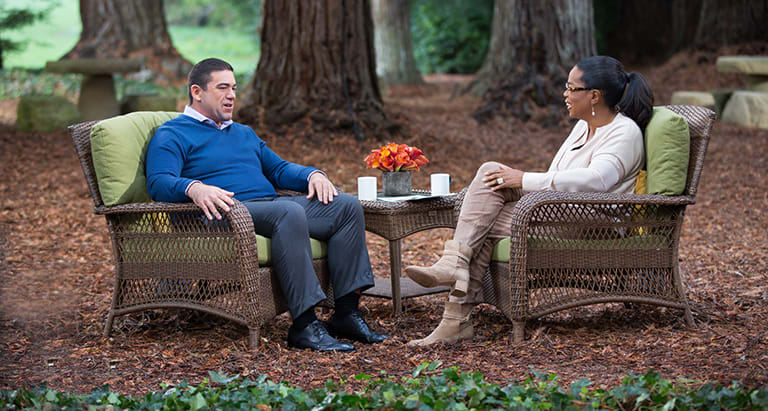 Get to Know Todd

Todd a.k.a. @tbone7591, who you may recognize from Connect, is living a "free" life now. Read on to see what he means.

Todd’s decision to put gastric bypass surgery on hold ended up being the best decision he could’ve made.

Were you considering weight-loss surgery?
My sister and I were always overweight. She underwent bypass surgery a few years ago. Initially, she found success, but she passed away from complications from that procedure. I was getting ready to undergo the same surgery, but I halted my plans.

Did your sister’s passing change your mind about the procedure?
The surgery was still in the back of my mind, but the more that I thought about it, the more I realized that it was never going to be an option for me. In February 2015, I decided to join Weight Watchers.

What was it like stepping on the scale?
I weighed in at 428 pounds. As you can imagine, that was shocking. In the beginning of my journey, I’d have anxiety every week when I got on the scale. But I’ve learned to accept the number, whatever it is. I’ve realized, once you step off the scale, it’s history. You can’t change it, so take whatever it is, and plan the week ahead.

How has the journey been?
Things seemed to have clicked for me, and I’ve found my groove. That doesn’t mean I don’t battle food demons every day — I’ve just discovered my inner strength to help deal with them. I’m a new person, I’m a confident person. I’m a stay-at-home dad to my two kids, and I’m more engaged as a father. I’m living a free life.

A free life? What do you mean by that?
I worry less. When I see a flimsy, plastic folding chair, I’m not worried that it’s going to break when I sit on it. I’m able to use the tray in an airplane seat. I can buy a T-shirt in a gift shop, not just a baseball cap. I can sit in a booth at a restaurant. To finally feel comfortable with myself is an incredible feeling!