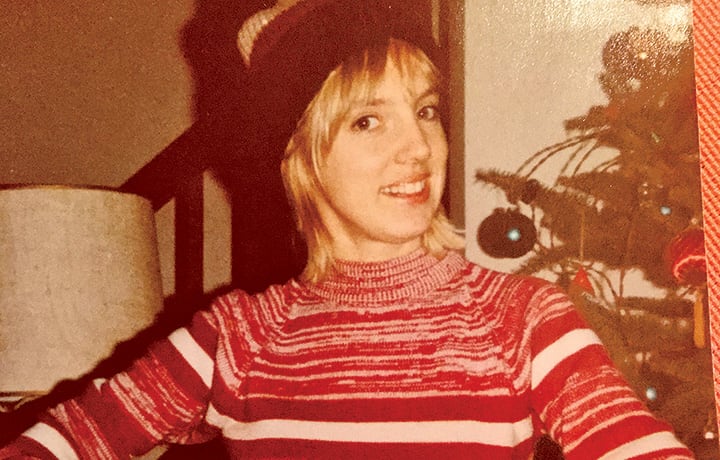 Daredevil on the Slopes

One writer recounts the trip that made her brave.
By Sandi Kahn Shelton

I’ve never been the adventurous type. I was the kid chosen last for teams, the one afraid to hang from her knees on the trapeze (of her own swing set). But many years ago, when I was 20, adventure came knocking—or, to put it more accurately, barged in. “Let’s go to Lake Tahoe!” my boyfriend said. “I have friends there. We’ll go skiing!” So what if I didn’t know how? His friends would teach me. I’d pick it up in no time.

I resolved to be brave, just this once. We drove to the ski place (a mountain, I believe it’s called), and the friends lent me skis and directed me to the lift. I sat in a chair and within seconds hovered above skiers gliding down a large white blanket. The scene resembled what many people would refer to as fun.

The higher we went, the more certain I was that I would not be able to ski off that chair. I hatched a plan to remain seated until the lift brought me back to the bottom, where I’d hop off and say, “I don’t feel like skiing just now, but the ride was so invigorating!” Instead, the ski lift came to a screeching halt at the top. When I didn’t move, the operator came over and told me that everyone had to get out and ski off the lift.

“Um, I don’t really know how to ski,” I whispered. “Sorry.” He lifted me down and pointed me toward the slope, which was really a misplaced Alp. The friends said I should just push off; they’d ski alongside and offer advice.

I swallowed and used the pole to heave myself forward. Within seconds, I was breaking the sound barrier. Heading straight down, I zoomed past other skiers, many of whom seemed to be screaming. Trees appeared and then vanished. Desperate to slow down, I plunged my poles deep into the snow. Wheee! The poles disappeared. I kept flying. My hat went airborne.

By now, other skiers around me were shrieking, “Sit down! Roll off!” Their words finally registered in my brain as instructions. So I squatted down and flew even faster. Finally, when I managed to roll sideways, I tumbled into a snowbank and lay there, amazed at the sudden quiet.

There was not much public glory for my big adventure. People gathered around to yell at me for endangering so many others. What was I, they demanded, some kind of crazy daredevil?

Well…yes. Perhaps. They were right, of course. I’d been ridiculous— and luckier than I deserved. (Nobody got hurt, not even me.) But now that I’d experienced paralyzing fear and lived through it, I felt something growing in me: a desire for a different story to tell myself, and the world, about who I was.

A year later, my boyfriend got his pilot’s license, and we rented a plane and soared through the mountains of Santa Barbara and into California’s Ojai Valley. Soon after, we learned to sail and worked nights so we could explore the Channel Islands by day. We snorkeled in the Caribbean. We bought a motorcycle.

RELATED: How Pushing Beyond Your Comfort Zone Can Make You Stronger

The boyfriend is long gone, and I haven’t been near a motorcycle or small plane in decades. But that girl on the mountain, clutching those poles, lives within me still. She pipes up whenever I’m faced with something scary, whether it’s moving across the country, starting a new job, or speaking in public. She says, “Don’t be a wimp. You’ve got this.”

Fear is a gift when it warns you away from genuine danger. But sometimes what seems like fear is actually exhilaration—and that’s when you should open your arms wide and embrace your real life.