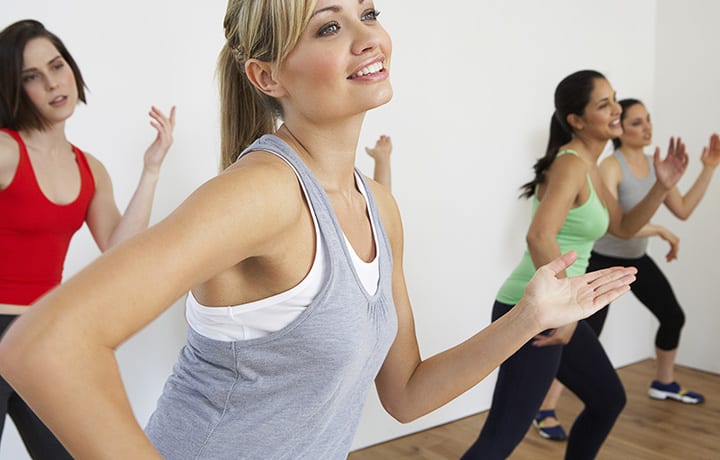 The Body Benefits of Zumba®

Can shaking your booty to high-energy music really be a workout? A new study from the American Council on Exercise says yes! Ready to get moving?

If you haven’t at least heard the word Zumba, we have to ask what planet you flew in from. The incredibly popular Latin-inspired dance-fitness class has attracted millions of exercisers with a fun fusion of dance moves like Salsa, Merengue, Reggaeton and Flamenco, and the sort of choreography you might see in a nightclub. In fact, it’s pretty much an international phenomenon.

1. It's for all fitness levels

The reason for its popularity is clear: "Historically, aerobic dance was always like paint by numbers," says John Porcari, Ph.D., of the University of Wisconsin-La Crosse's Department of Exercise and Sport Science. "But Zumba leaves room for interpretation. And it's nonjudgmental. You don't have to move exactly like the instructor. It's more like dancing in a club, people can just move the way they want."

But popular is one thing; safe and effective is another. The American Council on Exercise (ACE) teamed up with the University of Wisconsin-La Crosse to determine whether Zumba is a workout, a party, or both.

2. You burn tons of calories and improve cardio health

Get your dancing shoes on: After crunching the numbers, researchers found that participating in a single Zumba Fitness class burned an average of 369 calories. In comparison with other exercises tested in the past, Zumba burns more calories than cardio kickboxing, step aerobics, and power yoga.

Researchers determined that Zumba is an effective interval-style, total-body workout with built in variety because every class and every instructor is slightly different. “If we look at the heart-rate monitor strips during the Zumba session, it kind of looks like an interval workout, going back and forth between high intensity and low intensity,” says lead researcher Mary Luettgen, M.S. “Because of that, with Zumba you burn a lot of extra calories compared to a steady-state exercise like jogging.

“The surprising thing is that it doesn’t matter what fitness level you’re at — our research shows that with Zumba everyone is working out at a zone that’s recommended for improving cardio health,” says Luettgen. “Both a fit person or a low-fitness person are going to get an equally good workout.”

And by all accounts, Zumba is entertaining too, which means you’ll burn calories and get fit all while having fun with friends (old or new!). Sounds like our kind of party.

RELATED: Know Before You Go: Zumba