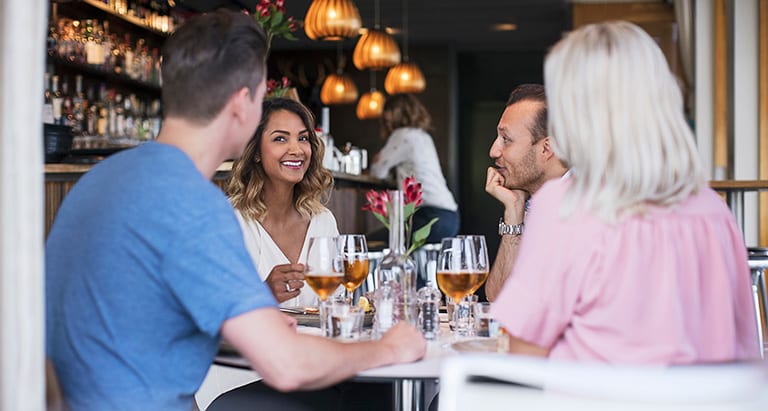 5 Steps to a Drama-Free Wedding Day

Rid your special day of family friction and judgments with these expert tips.
By Lambeth Hochwald

No matter what type of family friction you’re dealing with—maybe your mom’s sister won’t talk to your dad’s brother, or you know you’re going to get complaints about travel costs or hear snippy comments about your hair (or husband-to-be!)—the strategies for dealing with them are similar. Top experts reveal the best ways to stay as Zen as possible. Even when your relatives are pretty nuts:


Accept that they’re not perfect


You can’t stop your relatives from saying certain things, but you can gain a better understanding of where they’re coming from. “Maybe there’s something about their own wedding that didn’t go well or maybe they have their own insecurities about a night out with family and how it will go for them as a guest,” says Andrea Bonior, PhD, a clinical psychologist and adjunct professor in the psychology department at Georgetown University in Washington, D.C., who also hosts a weekly live chat at washingtonpost.com. “Do some perspective taking, and remember that weddings are a ball of stress for everybody.” Recognizing that they’re not being difficult just to antagonize you can help keep your emotions from running away from you.


Choose not to react


If a relative says something that stresses you out, you can decide not to react. “What if you went into the event and said to yourself, ‘I don’t need them to be reasonable,’?” says Robert L. Leahy, PhD, author of The Worry Cure: Seven Steps to Stop Worry From Stopping You (Harmony, October 2006) and the forthcoming book, The Jealousy Cure: Learn to Trust, Overcome Possessiveness, and Save Your Relationship (New Harbinger Publications, March 2018), and clinical professor of psychology in the department of psychiatry at Weill-Cornell Medical College in New York City. When you accept that, you can focus on your own behavior. “Start with the assumption that it’s not reasonable to expect people to be reasonable all the time,” Leahy says. When they start in with their same old stuff, you can just decide it’s not going to affect you. This helps annoying comments just bounce off you as if you’re coated with Teflon.


Practice a thoughtful (but vague) answer


Instead of going into combat on everything, think up a noncommittal response, and use it for whatever your relatives serve up. “For example, if everyone is saying something along the lines of, ‘Wow, you’re getting married really soon after meeting each other’ or ‘Would you consider having the wedding in a place that’s closer to where the family lives,?’ standardize your response,” Bonior says. “It could be something as simple as, ‘I’ll take that into consideration.’ Settle on one phrase that rolls off your tongue and can be applied to a wide variety of people.” The more you can standardize the response, the less brainpower and energy you’ll waste on those aggravating comments or people.


This wedding is yours


And, so is every minute of every other day. Don’t allow someone else’s behavior to determine your thoughts, your feelings, or what you do on and around your wedding day.

“Even if someone says or does something intentionally directed at you, it’s your choice not to take it personally,” says Leahy. “Taking it personally means that you internalize the noise outside you.” Instead, remember that you’re doing things as you do for a reason, according to your values. That way, as Leahy says, “you’re not a yo-yo that’s dangling on a string of hurt feelings.”


Remember what you love about these people


Foibles and all. It’s what you get, so you might as well celebrate (or at least tolerate) it—even the zany stuff. Remember that while your wedding is your top priority and they’re probably stressed about it, too, there’s more to life than that. “Be sure you connect with your family in a real way during the planning process,” Bonior says. “Make time to talk with them about things that have nothing to do with venting about the wedding.” They may not like your choice of flowers, for instance, but sharing other common ground can go a long way toward soothing tensions.