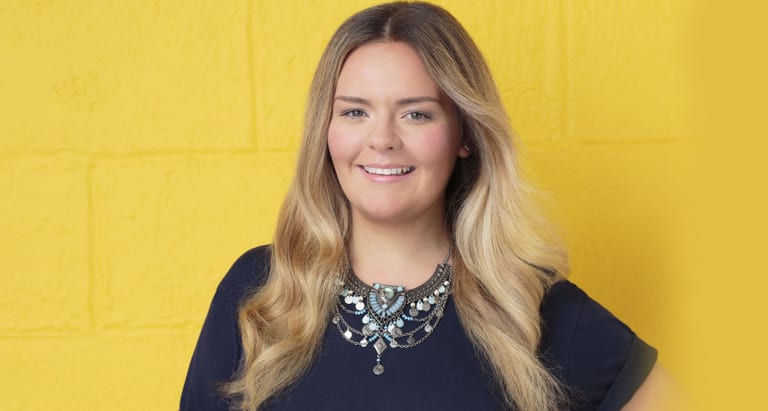 Roxanne: Losing weight has not only improved my life but my relationship too!

"My social life hasn't suffered at all. If anything, I’m going out more - I’m simply making healthier choices."

I absolutely love eating out. If it’s a weekday, I’ll meet up with my husband Steven after work for a meal either at Wagamamas or sometimes we'll go for a Chinese. And on a Saturday I often meet up with some girls from my WW Workshop for a meal - we love Thai curries - a glass of Prosecco and a couple of G&Ts.

Lots of people think you have to cut back on going out when you’re losing weight but I can’t say my social life has suffered at all. If anything, I’m going out more - I’m simply making healthier choices.

Where it all began...

I gained weight after I'd settled down with Stephen when I was 24. We were both working long hours and it was so much more convenient to order a takeaway or grab a ready-meal rather than cooking something from scratch. We ate out a lot too – but would go to places like TGI Fridays and have ribs smothered in sauce. We’re both comfort eaters and if we’d had a bad day, we’d open a bottle of wine and order a pizza. Even if we did cook at home, it was meals made from a jar or pinged in the microwave. Our Sunday roast the portions were always huge because it was just the two of us. It’s not surprising that the pounds crept on.

I can’t say that my weight affected my personality and for years, I simply got on with things. But last year, I did begin to notice. Clothes I was taking into the changing rooms were getting bigger. I no longer felt comfortable in a size 12, nor even a size 14 but suddenly I was in a size 16. I saw myself in pictures and wondered why my face looked swollen and not like me. Other things began to bother me too. I became aware that my friends were so much slimmer than me and that made me self-conscious and uncomfortable - as if I didn’t fit in anymore.

But it was after Christmas when everyone in my office started new healthy eating regimes that I had my light bulb moment. A few people asked me what diet I was starting and when I said I wasn’t, the look of surprise on their faces shocked me. No one was rude, but I could tell they thought I’d be first to do something about my weight.

I went home and got weighed. When I saw the figure, I was shocked. I joined WW straight away. I had tried it in the past and knew it worked. Stephen wanted to lose weight too so he joined Digital.

What I love most about WW is that nothing is off limits. I love that my meeting is on a Saturday morning so I get up and get all the support I need. The weight has dropped off and I’m hoping to be at goal if not by Christmas then by February when Stephen’s sister gets married.

I feel so much more in control over my life – as if I could do anything. Socialising is still important to me, but it’s about making the right choices – having chicken kebabs rather than fatty food and boiled rice rather than fried. When it comes to cooking at home, we’ve got rid of our microwave completely and cook everything from scratch – Stephen is great at cooking homemade pasta sauces.

Losing weight has not only improved my life but my relationship too. Before, we were stuck in a rut, getting home and watching television most nights and staying up until 1am. Now we go to bed much earlier, and wake up feeling energised. We walk nearly every night. We live in a beautiful part of Scotland and take our dogs out regularly by the canal and it’s great to be able to simply chat to each other without the distraction of the TV. We talk much more and don’t really argue or get on each other nerves like we used to. We’re closer as a couple and I’d go so far as saying it’s the happiest we’ve ever been.