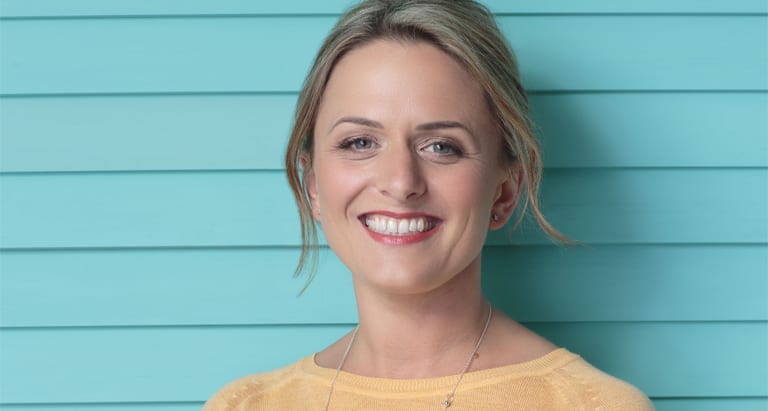 Rachel: Losing weight has allowed me to be the best mum I can be!

"Now I’m a WW Coach I tell my new WW members: ‘You’ve got the most amazing journey ahead of you and the best day of your life is yet to come’ – because that’s what it felt like for me."

The other day, my daughter, Imogen smiled and said: ‘You get paid to make people happy don’t you?’ I beamed. Because since losing four stone and becoming a WW Coach, that’s exactly what I do – and I couldn’t be happier.

I was a skinny child and until the age of 19, I was always a size six to eight. But when I got shift work in an office and started grabbing convenience food instead of eating proper meals, I went up to a size 12. That’s when I joined WW for the first time. In three months I’d lost the weight and was slim again for my wedding to Steve when I was 24. But when I got pregnant on honeymoon with our daughter, I not only ate for two, but for four! I’m quite a vain person and as my body changed shape, I hated the way I looked, my confidence dropped and I ate even more. I put on five stone with that pregnancy and felt like I’d lost my identity. I tried all kinds of diets but nothing worked.

I got pregnant again two years later, but lost the baby in the second trimester. It was devastating and I turned to food for comfort but got pregnant with Noah within two months. Once again, I piled weight on. I hated covering up in smock-like tops and avoided going out with friends.

I suffered with joint problems during that pregnancy and my most embarrassing moment was having to be wheeled around in a wheelchair for my Imogen's birthday just before Noah was born. I knew as soon as he was born, I needed to get the weight off.

After the birth, I got out my WW cookbooks and operation ‘Get ME Back’ was underway. Rather than buying lasagnes and cottage pies as ready-meals, I started cooking them from scratch.

Having a new baby, who didn’t sleep well, made planning difficult. But I always knew that if I had a good day on plan, I felt better about myself so I did the best I could and I joined WW four weeks later.

Stepping on the scales for the first time, I was distraught, I couldn’t believe I had let myself go so much. What was even more upsetting was how much my weight was impacting on the children. At a size 18, I couldn’t run around the park with them and I’d be too embarrassed to go swimming so would sit on the sidelines. That broke my heart because I knew how much Imogen wanted me to get in the pool with her.

But when I saw the figure on the scales I knew that would be the last time I saw that number. I got more active, walking with Noah in his pram every day and as the weight dropped off I even joined a running club. When I got to goal over a year later, I was elated. I still have the text I sent to my mum and my friends which said: ‘I’ve done it, I’m back’. And that’s what it felt like, I was finally me again!

Losing weight has changed my life so much. It gave me the confidence to leave my unhappy marriage – Steve and I are really good friends and it’s very amicable but we’d been unhappy for years. Although I never say never to a new relationship, I don’t feel the need to be dating someone right now as I love my independence. I also took redundancy from my old job and trained to become a WW Coach. It’s the best job in the world.

I’ve done a 10k too and am signed up for a half marathon. More than anything, losing weight has allowed me to be the best mum I can be. We go rock-climbing, swimming, biking and even to Centre Parcs where I’ll whizz down the slide rather than cover up in a towel.

Now I’m a WW Coach I tell my new members: ‘You’ve got the most amazing journey ahead of you and the best day of your life is yet to come’ – because that’s what it felt like for me.