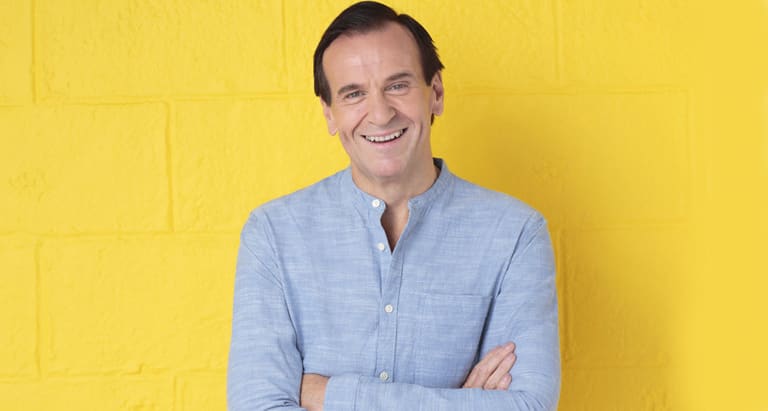 "Through losing more than 15 stone I no longer need knee surgery!"

It’s an adventure that began back in December 2011 when I first joined WW. At my first meeting, the scales read 32st 7lbs…talk about horrified. The reality that I was morbidly obese finally sank in.

Things had got so out of hand because of the breakdown of my first marriage – I comfort ate to stop myself being so unhappy. The word moderation wasn’t in my dictionary, if someone offered me one biscuit, I’d eat the packet. Exercise was an alien concept too.

But my lifestyle was putting me in danger. I was on several tablets a day for high blood pressure and cholesterol, and the cartilage in my knee had torn from the pressure of bearing my bulk. Humiliatingly, I couldn’t even fit in the hospital MRI machine and had to go for scans in a big, open scanner operated by a specialist firm. My hospital consultant couldn’t give me the operation I needed to mend my knee. The risks of putting someone my size under anaesthetic were too great.

So, after being referred by my GP, I followed the WW plan to the letter. Single after a 25-year marriage, the closest I’d ever come to cooking was ordering a pizza. Now I started experimenting in the kitchen and discovered that I could, to my shock, cook. I shared my culinary successes on my WW Coach's Facebook page, where Kelly and I started chatting.

She was a difficult woman to pin down for a date - I had to compete with combat, spin and LBT classes at the gym! Not long after we’d met, I invited her round for dinner and impressed her with my WW paprika chicken recipe. I think that sealed the deal!

I had so much weight to lose, but with Kelly as my inspiration, I was determined. Sticking to the plan, the pounds came off week-by-week, as I planned my meals and tracked on the WW app. After losing a few stone, I started walking everywhere but lacked confidence to set foot inside a gym until Kelly nagged me to join hers. I was soon doing cardio machines three times a week. I could barely believe how far I’d come, and exercising really helped shift the weight.

Me and Kelly gained a bit when we moved in together. We were so focused on each other and being in love that we let bad habits slip in. But luckily, we both acknowledged it and got back on track.

One day, I spotted Kelly’s bike in the shed. I bought one too and we started going on local cycle rides, which have since turned into epic 50-mile journeys. In March, we cycled all the way from our home in Essex into central London.

My happy ever after...

Recently, I went to see my specialist to book in for the cartilage operation in my knee. He examined it – and said I didn’t require surgery anymore. Through losing more than 15 stone and taking a glucosamine supplement, it had healed.

Kelly and I knew early in our relationship that we wanted to get married and, in March 2017, threw a big engagement party. I went in a white James Bond outfit, while Kelly wore a slinky show-stopper dress. We had a ball. Our WW Coach Marsha was the star guest. If it wasn’t for her, and WW, we’d never have met. WW really has changed both our lives.