Kertrina: How I lost 3st 6lb to be a healthy role model 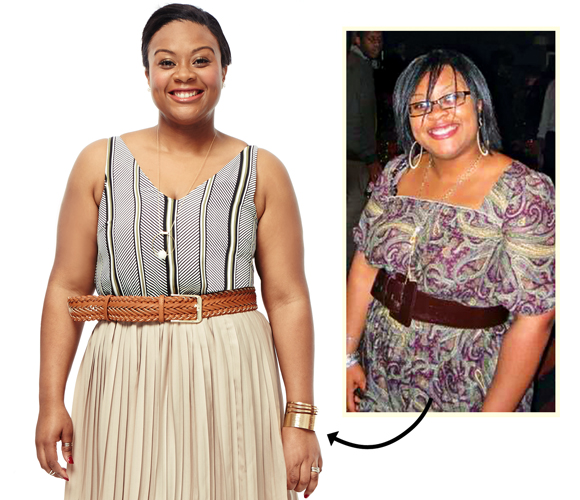 "Changing my mindset has allowed me to be truly happy with myself for the first time in years. "

Don’t be too hard on yourself My size had fluctuated since my early teens, but when my second child, Kacey, now three, was born severely premature – at just 23 weeks – my weight was the least of my worries; I survived on chocolate bars and other unhealthy snacks. Four months later, I weighed more than 14st and it continued to creep up. I was stressed, had no energy and my self-esteem was at rock bottom.

Find your motivation After a scan uncovered a painful ovarian cyst and I was also diagnosed with dystonia (which caused muscle spasms in my hands), I had a light-bulb moment – I couldn't keep on repeating the same patterns and expect things to change. I had to make real changes – not just for myself, but to be a healthy female role model for my children, too.

Focus on you I quit my stressful job and joined WW. Eight months on, I’ve lost more than 3st and dropped three dress sizes. I still have some way to go, but already I feel fabulous, both mentally and physically, and it shows.

Stay positive I feel much more in tune with my body. And developing a positive attitude has made all the difference – instead of assuming I’ll fail, I now give myself a talking-to. ‘Come on, Kertrina,’ I say. ‘You know you can do this.’ The wonderful WW Community is an amazing support, too. I’ve realised there is no shame in asking for help.

Look to the future Changing my mindset has allowed me to be truly happy with myself for the first time in years. I’m even looking forward to wearing a bikini once I reach goal – and those are words I never thought I’d say.