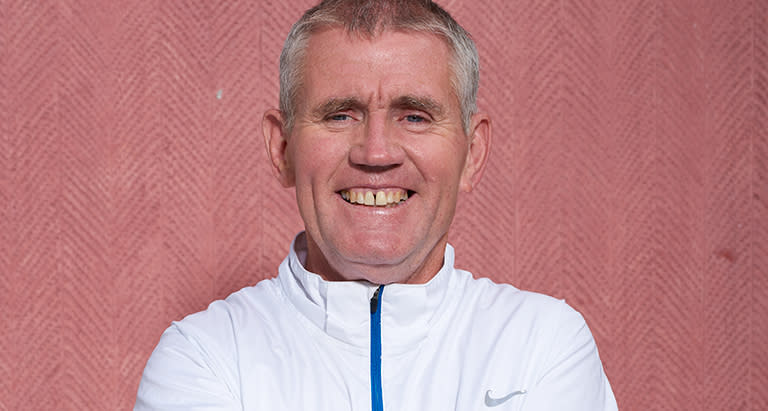 Always active and fit, John was derailed by injury, putting him out of work and off his exercise routine. Now, he’s healthy, fit and able to run around with the grandkids

"I managed to lose 60lb before my 60th birthday, and I’ve stuck to the gym ever since!" 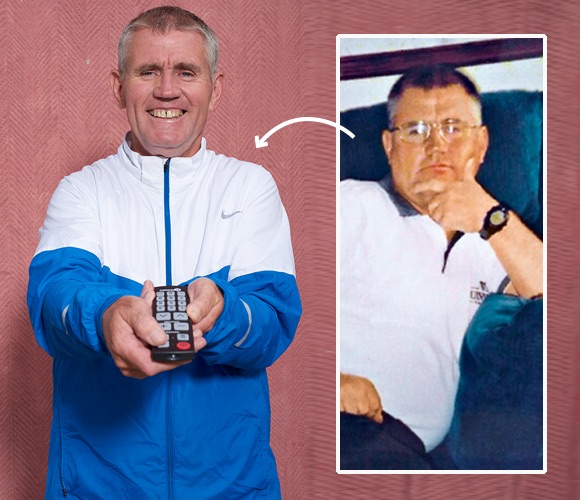 After a minor operation,

I developed an infection and was forced to take two years off work. Stuck at home and unable to even walk, I put on weight – my clothing was XXXL and my wife, Pauline, became worried. Being inactive was made all the more difficult because I’d previously refereed local football games and had even run marathons. I wanted a knee replacement, but my surgeon was worried – I was obese and had high blood pressure. I persisted, and after recovering from the operation, I gradually started to move more.

and I declared I was going to lose 60lb by the time I turned 60. Pauline was already a WW member, so I joined her at her WW Workshop. I wanted to be fit enough to teach my grandchildren football, and this goal kept me going through hard times. Together, Pauline and I changed our eating habits at home and used WW recipes for inspiration at dinnertime.

Soon, I was fit enough

to join a gym. An instructor taught me exercises that wouldn’t put pressure on my knee, and I slowly built up my strength and fitness level while steadily losing weight. I managed to lose that 60lb before my 60th birthday, and I’ve stuck to the gym ever since. It’s not only helped me become the active grandfather I always hoped to be, it’s also my me-time, and I’m feeling so much happier for it.