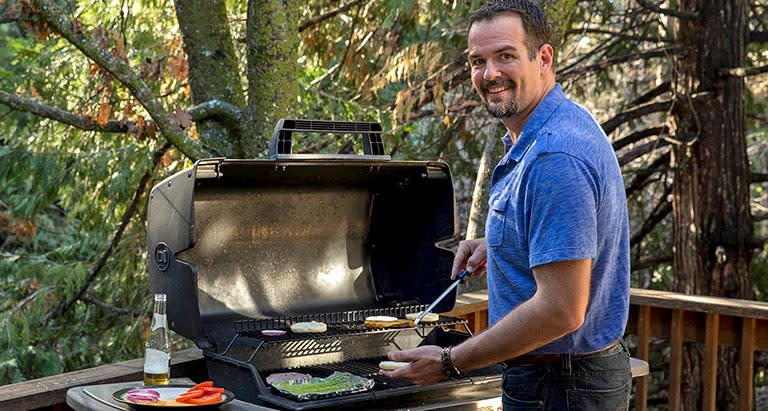 Geoffrey: I lost 4st and feel more alive than ever!

When Geoffrey didn't have the energy to play with his kids, he knew it was time to make a change.

In Geoffrey’s words:
I travel a lot for work so fast food and takeaways were my go-to options: burritos, Chinese food, pizza, barbecue spare ribs. And burgers — I love burgers. But I didn’t love how I felt. I was tired of living with excuses and letting my weight dictate who I was. I had lost pride in myself and I had forgotten my own ability. And when I started getting out of breath while playing with my kids, I realised that life was becoming far too much.

TRY: These 7 burgers you can enjoy on WW Freestyle™


A shocking revelation
At a blood drive in 2013, I was told I had “baby blood”; my blood was rare and I was a universal donor for adults and infants. The coordinators of this blood drive had orders from hospitals for "baby blood" for intensive care units. They were so excited when I walked in, but then became frustrated when I was denied because my blood pressure was too high. The fact that I couldn’t help out those in need because of my own poor health was a tough fact to face. But with my eating habits, I wasn’t surprised.

Time to change
My wife had attended WW Workshops, so when my health declined, she suggested we do something together and she knew WW was the answer. Consistency is not my forte — sticking with anything beyond career and family is difficult for me. But after I went to my first Workshop, I realised that the most important thing I had to do was not give up. What really sold me was when I noticed that I could still feel like a human — not a dieter — on the programme. 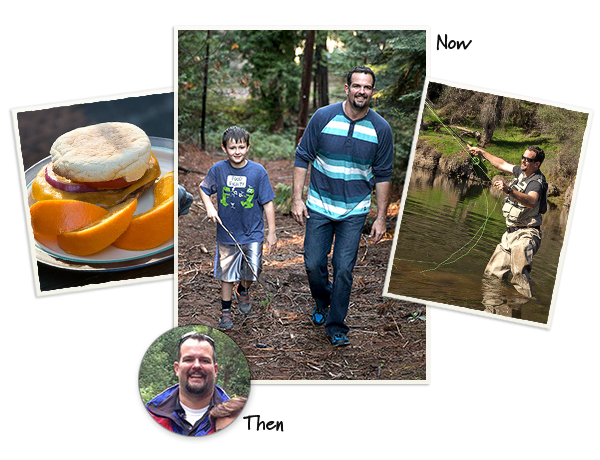 A new normal
After that first Workshop, I made myself a promise. If there’s an indulgence I want, I’m going to have it and track it. I started looking up the SmartPoints® values of all the foods at the fast food restaurants that I’d always visit. I knew there would be a time that I’d be on the road and I’d need to stop for something to eat. So instead of getting my usual double cheeseburger, I’ll opt for a grilled chicken snack wrap. With these healthy changes, I started appreciating the taste of food more.

How Geoffrey’s success with WW improved his life


Going to the grill
I started to cook meat, fish and vegetables on the grill more often. Now, instead of a hamburger, I’ll grill a turkey burger with a slice of cheese melted on top. I also love grilling courgettes, onions, and my favourite, asparagus. First, I stick the stalks in a bag with a little olive oil and garlic salt to coat. Then, I put tin foil on the grill and fold up the sides and add olive oil spray. I place the asparagus on the foil and heat it for a few minutes — it’s the perfect, crunchy side.

Making smart swaps
I used to eat a whole bag of crisps while watching TV. Now, I’ll cut up a few vegetables and sauté them in a pan and add hot sauce for a quick, spicy stir-fry. Or, at the beginning of the week, I’ll make a fresh fruit salad with a mango, banana, apple, orange and a plum!

Ready for anything
It’s funny, as I started to lose weight, some people would be concerned and ask me, “Are you sick?”. They think that if a person loves food so much, there could be no other reason for them to stop eating. But it’s quite the opposite — I feel more alive than ever. 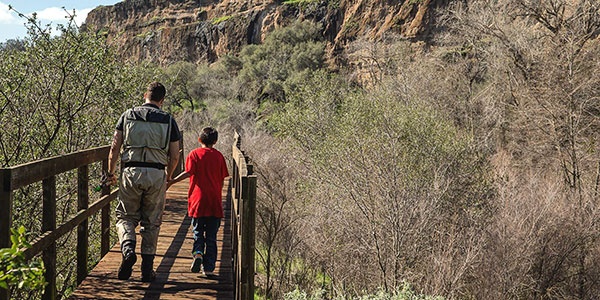 *People following the WW programme can expect to lose 1-2 lbs per week. Geoffrey lost weight on a prior programme and is continuing on WW Freestyle™.