Nicola: ‘I regained control of my health’

After Nicola’s life had been turned upside down by breast cancer, she got a handle on her health. Now she’s in remission and fighting fit, thanks to better food choices and the invaluable support of her family and fellow WW members. 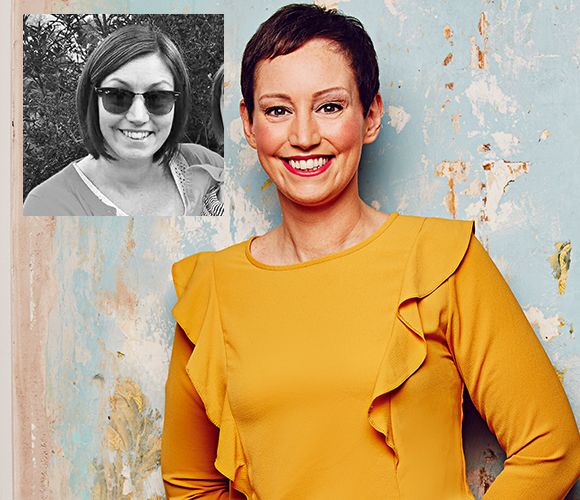 "Cancer treatment left me feeling like a different person"

You know those moments you read about that always seem to happen to other people? Finding a lump in my breast was one of those moments. I was mum to an energetic two-year-old, Ava, wife to Brian, and had a busy job as a physiotherapist; I convinced myself I’d be okay. But a biopsy revealed I had triple negative breast. I was totally floored.

Friends and family rallied around me as I started treatment. My life became a series of hospital visits, but it wasn’t until I was nearing my last chemo session that I began to realise how much the experience was affecting my mind and body. Cancer treatment had left me looking and feeling like a different person. It was such a stressful time that my regular meals and routines had gone out the window. Plus, the medication had made me gain 2st.

Feeling desperate to regain control of my health, I joined WW, and signed up for the marathon-length Shine Night Walk London, in aid of Cancer Research UK.

So just a few weeks after my final session of chemotherapy, I went to my first WW meeting. I’d been in bed for 11 days prior, knocked out by the chemo, and arrived feeling self-conscious and emotional. But my Coach Christine and the other members were all so supportive. They became a source of strength and laughter.

Back home, I ditched the ready meals I’d become reliant on during treatment and stocked up on fresh, healthy food. Every Tuesday night, even when I felt tired or low, I went to my meeting. I even went the night before my lumpectomy – an operation to remove what was left of the tumour – before going home to make a packed lunch to take to hospital with me the next day. Nothing was going to derail me – not even surgery!

Luckily, the chemo had worked, and my doctors referred me for radiotherapy. I was still in the process of having radiation when I started training for the Shine Night Walk. At first, I walked round the four-mile track at a local park, then each fortnight I tried to add another four miles to my route. Brian, was my biggest supporter, encouraging me to keep going. Gradually I felt my energy returning.

I reached goal in August 2016, shedding the 2st I’d hoped for, just as my radiotherapy ended. Eleven days later, I completed the walk with my mum and sister. It gave me an incredible sense of achievement, knowing we’d raised £5,000 for charity.

I’m now in remission and feel like my old self again. I know that losing weight and getting fitter played a huge part in that. No one can predict the future, but I know I’m on the best path to a healthy life, by eating well and staying active. I’m focusing on the positive and only looking forward.