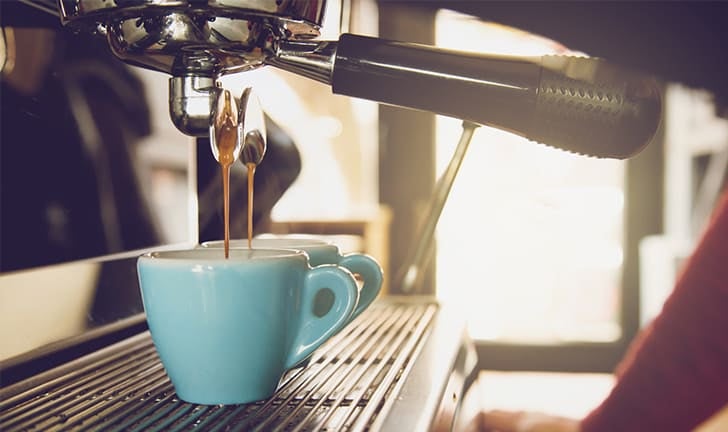 5 myths about coffee you should forget

Whether you’re Team Hot or Iced, there’s nothing quite like your morning cup of joe. A registered dietitian gives us the lowdown on all things coffee.
Nicole Saporita

Can’t start your morning without coffee? You’re not alone: Coffee is among the most widely consumed beverages around the world and one of WW members’ top-tracked foods. However, there are also a number of myths out there around coffee: Does it really wake you up? Should we all be switching to tea? And can you have too much of a good thing? We talked to Jaclyn London, MS, RD, CDN, head of nutrition and wellness at WW, to set the record straight. Here’s what you need to know about coffee:

Myth 1: Coffee is just for waking you up.

Sure, coffee is best known for its ability to jump-start your morning or at least signal the start of the day, but its benefits go well beyond the symbolic. Research has linked coffee consumption to a slew of short- and long-term health benefits. In the short-term, it’s been found to help boost alertness, cognition, and mood. And over time, regular consumption (in the context of other healthy behaviours) may help reduce the risk of chronic disease, including heart disease, type 2 diabetes, and cognitive decline. Plus, the caffeine in a pre-workout coffee can help optimize performance!

That said, if you don’t enjoy the taste of coffee, you shouldn’t feel pressured to start drinking it in the interest of health. There are plenty of other ways to support overall health and wellness.

Here’s where people often get tripped up, says London: Caffeine can have a mild diuretic effect, but it doesn’t mean it’s dehydrating. In fact, unsweetened coffee drinks can actually contribute to your daily hydration goals. “And since caffeinated versions also help you feel more alert and energized, drinking a cup can be an all-around great start to your morning,” she adds.

Bonus: Hot and iced lattes can be great on-the-go breakfast drinks—especially when you’re pinched for time, but don’t want to skip out on the first meal of the day.

If you’re feeling like you need to overhaul your entire morning routine because you heard coffee may be “bad” for you, think again. No single food in isolation of everything else you’re eating, drinking, and doing can make or break your health, London says. Not to mention, many of the health benefits linked to coffee are based on regular coffee consumption over time.

Where coffee can sometimes get a bad reputation: The added sugar found in certain pre-made bottled options or coffee shop drinks. While these can absolutely be a part of a healthful pattern of eating—along with all other foods and drinks!—diets high in added sugar have been linked to increased risk of heart disease and chronic disease. And according to the USDA, the average person consumes about 17 teaspoons of added sugar each day, primarily from sweetened drinks.

Instead of forgoing your favourite flavoured latte for good, aim to reach for unsweetened cups most of the time. Not a fan of black coffee? London recommends turning to your spice rack. “I love adding cinnamon, nutmeg, ginger, or pumpkin pie spice to my hot and iced coffees and lattes,” she says. You’ll get a boost of flavour—without extra sugar!

Myth 4: Limit yourself to one cup of coffee per day.

It’s not unusual to hear people talking about reducing their caffeine intake or cutting back on their third (or fourth!) pour of the day. In this case, it’s all about what you consider one cup. The most recent Dietary Guidelines for Americans suggests 300 to 400 mg of caffeine per day can be incorporated into a healthy eating pattern.

To put that into perspective, one 8-oz cup of coffee has around 100 mg of caffeine (the exact amount can fluctuate based on the coffee bean you’re using and how you brew it). That means 300 to 400 mg of caffeine translates to about 3 cups of coffee; if you’re grabbing a cup to-go, a “Grande” size hot coffee from Starbucks provides 310 mg of caffeine.

“Your personal tolerance and sensitivity is hyper-individual, so keep that in mind as you consider what works best for you,” London says. There are also certain situations where you may want to curb your caffeine. If you’re concerned about your intake, talk to your health care provider.

Myth 5: Tea is better for you than coffee.

Remember, nutrition is not a contest. Coffee and tea are both great choices to help you stay hydrated—and more. “There are a slew of studies that link the antioxidant-and-caffeine combo found in unsweetened tea and coffee to health benefits,” London says. But if you’re looking for a boost, caffeinated coffee typically contains more caffeine than caffeinated teas. The bottom line: Drink whichever you prefer!

There are so many delicious ways to enjoy coffee that go far beyond your classic cup. If you’re looking for some inspiration, check out these delicious recipes or act as your own barista.