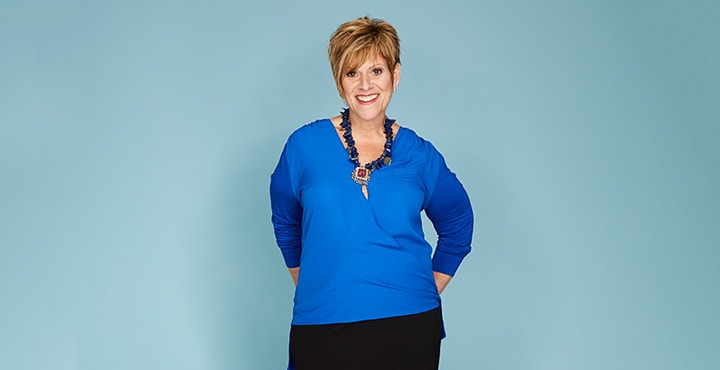 Phyllis Made A Daring Choice

This member couldn’t change the genes she was born with, but she could use her knowledge to her advantage and fight breast cancer on her own terms.

*People following the WW program can expect to lose 1-2 pounds/week. Phyllis lost weight on a prior program and is continuing on PersonalPoints™.

In Phyllis’ words:
Five years ago, my cousin, Paula, tested positive for the BRCA gene shortly after she was diagnosed with ovarian cancer. My mom, who had breast cancer, tested negative for the gene, so I figured I was safe. I kept putting off getting tested, but after losing my brother from a tragic car accident in 2014 and my mom four months later, I decided I had to do it. When my OB/GYN called and gave me the news that I was a carrier, I didn’t hear anything but, “oncologist” and “bilateral mastectomy.” I was devastated.

Facing new obstacles
While my genetics counselor suggested “high surveillance” — checking for a tumor every six months — doctor after doctor insisted on an immediate bilateral mastectomy and hysterectomy. I felt like I had no choice. I certainly didn’t want to live a life of uncertainty, worrying every six months that I would be diagnosed with cancer. The hysterectomy I was OK with; I already had two children and was post-menopause, so having my ovaries removed was the first step. The next step — finding a breast surgeon and a plastic surgeon — became a long process that I even tried to avoid doing altogether. But eventually, I realized I needed to make the decision to move forward, to face my fears.

Taking back control
Every day, I struggled with my diagnosis. Why did I get this gene? Why did my cousin have to suffer? But I began to recognize that if it weren’t for Paula’s heroic battles (and my aunt, who pushed me to get tested), I never would’ve known I had the gene. I also began to realize that deciding to get the surgeries was a way to get back in control. I didn’t have to wake up one morning to find a tumor and then act. I had a choice right now. I couldn’t help that I was born with this gene, but I had the chance to be in control of what I could do before the gene could take over my body. 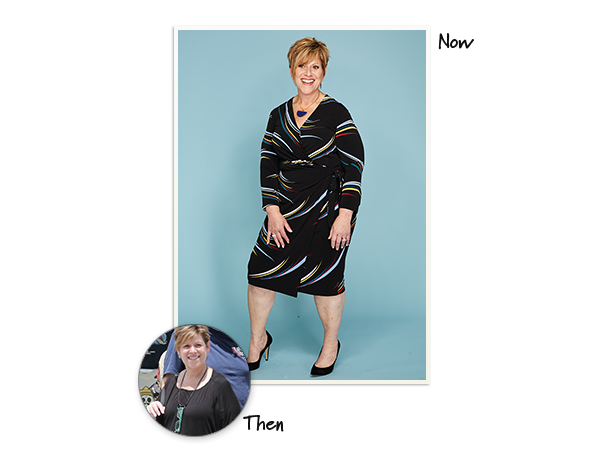 Second chances
And that led me to WW. I knew these surgeries were giving me a new lease on life. I have no control over my genes, but I can control what I eat. Over the years, I had gained weight; it’s something I’ve always struggled with. I was appalled when I looked at photos of myself from family events, and I knew I wanted to be healthier, especially as I was getting older. So last September, I decided to join the program since my friend, Sharon, had success. Now, I love my Wellness Workshops and the program. I collect and am proud of my charms, and I even bought my co-workers WW salad bowls as holiday gifts! Whether they were WW members or not, that’s what they got from me because I’m so into it.

How Phyllis’ success with WW has improved her life

Unexpected help
The support that the members gave me as I went through my surgeries was absolutely amazing. I don’t know where I’d be without them. I remember being very afraid that, after my surgery, I wouldn’t have the strength or ability to keep my weight off — the members in my Workshop helped me figure out ways to stay on track at the hospital, like telling the nurses exactly what I wanted to eat. I went into my surgery with a positive attitude because of them. If I mentioned that I didn’t think I could come to a Workshop, they would offer to pick me up. If I didn’t show, they would text me, concerned. And I’m so grateful for their concern, the feeling of being missed. Because without that, I might not be where I am now.

Embracing the benefits
At some point, my daughters will have to get tested for the BRCA gene: another big obstacle. But I always tell them to think about this as a positive. I say, ”Everyone has something. Everyone has a story. We’re lucky we’ll be able to have control over ours.” And it’s true — they’ll be able to make decisions and determine the best course of action based on the outcome of those tests, just like I did. I am so thankful for the power this knowledge gave me.

A change of pace
After losing my brother and my mom in one year, I wondered, “What else could go wrong?” Finding out I had the BRCA gene was the ultimate rock bottom. Today, I feel more positive than ever. I just celebrated by 30th wedding anniversary, I have two wonderful daughters, I’m healthy. I wish my mother were here to see me now, but I know she’s watching. I know she’s proud of me.