"I was caught in a hurricane"

Bobby D. Sawyer first joined WW 14 years ago in a country known for its rain—England. So maybe it was fate that in August of last year, just as he was coming back strong after a period of regaining weight, Bobby was living in Houston when Hurricane Harvey hit, dumping more than 50 inches of rain on the area in six days. Fortunately, Bobby didn’t lose his home or belongings—but his daily life was upended by the disaster. Still, he refused to give in to the rain. He likes to quote his Wellness Coach back in England: “My skin is waterproof.”

It’s that determination that helped this country singer navigate what could have been an implosion of stress eating and inactivity as he sat in his apartment waiting for the flood waters to recede. “There was this ferocious urge to eat, and my biggest challenge was not letting that monster win,” Bobby says, recalling the aftermath of the hurricane. Here are his tips for weathering the storm.


“I generally walk about seven to eight miles a day,” Bobby says. But during the flooding that followed the hurricane, he couldn’t get to his favorite Houston walking spots, like White Oak Bayou. The rising waters had actually encircled his apartment complex, but Bobby discovered that there was a ⅞-mile perimeter that was walkable. So, he walked it—10 times a day—no matter how hard the rain fell. “It was a peculiar sort of defiance,” he says. “It rained every day for a week or more— it was like the sky dropped out. I couldn’t see, I was soaking wet, my shoes were squishing. But this rain was not going
to stop me from doing what I wanted to do.” He kept to his walking routine throughout the storm’s duration. 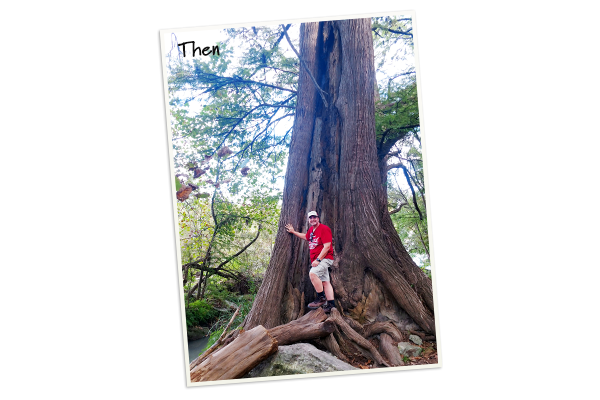 
As a professional entertainer, Bobby’s used to being on the run all day and at night as he performs at area community centers and clubs. “I have to be ready to roll,” he says. Bobby needs healthy meals that he can eat on the go, so he generally keeps his kitchen well-stocked. In addition to the zero SmartPoints value fruits and veggies in his fridge, he had a few frozen containers of his favorite homemade zero Points carrot soup (see recipe below).

Connect Any Way You Can


When Bobby’s usual WW Wellness Workshop was canceled due to the weather, he came close to losing accountability. “At first it was like, Woo-hoo! Maybe I can have a cheat day,” he says. “But I didn’t. I thought, No, Harvey, buddy. You’re not forcing me to undo all the hard work that I’ve done.” While stranded in his apartment, Bobby made phone calls, answered texts, and got online with Connect. “I commented on posts, I checked in with local friends,” he says. “Some had eight feet of water in their house—making sure they were OK helped me stay sane.”

To make: Roughly peel and chop all vegetables. Add vegetables and the broth to a large stockpot. Bring it a boil, then lower to a fast simmer and add seasoning. Cook for about an hour. “If you can mush up a carrot against the side of the pot with the back of a spoon, it’s ready,” Bobby says. Blend until “it’s the consistency of tomato soup.” Before eating, Bobby likes to stir in about 1 Tbsp of plain fat-free yogurt, or to taste. Freeze leftovers in batches and add yogurt to single servings after reheating.