Serotonin: Everything You Need to Know

Wondering if you might have low serotonin levels? Read on for a science-backed understanding of how serotonin functions in the body.
By Katherine Schreiber

It’s popularly known as the “happy chemical”—a neurotransmitter believed to brighten mood. But serotonin definitely isn't that simple. This powerful signaling molecule, which acts as a hormone in addition to transmitting nerve impulses within your noggin, plays a role in a variety of brain functions while influencing processes throughout the body, including appetite and immunity.

Serotonin’s effects depend on how much the body produces and how certain cells respond to it, experts say. Below, take a closer look at serotonin’s complexities—and what they might mean for your wellness and weight-loss goals.

In a nutshell, serotonin is a multipurpose molecule in the body. It also goes by the names 5-hydroxytryptamine and 5-HT—you’ll see those terms if you click through to some of the published studies cited in this article. However you refer to it, serotonin is classified as a neurotransmitter and hormone, says Dr. Troy Russell, MD, MPH, a researcher and clinical instructor at Tufts University School of Medicine in Boston.  This means it pings among nerve cells while also serving as a regulatory agent in blood.

Despite its storied reputation as a “brain chemical,” only a small amount of serotonin is actually produced in our gray matter. The majority comes from the gut, mostly via enterochromaffin (EC) cells in the stomach and intestine. Serotonin is produced in the body from the dietary amino acid tryptophan.

Serotonin’s physiological role is multifaceted. What it does, exactly, depends in part on the type of serotonin receptor it occupies—to date, scientists have identified 15 such receptors on neurons (nerve cells), all associated with different effects. Certain enzymes influence serotonin function, as well, with some synthesizing and some inhibiting the neurotransmitter. Serotonin function is also affected by a protein involved in its transport into and out of neurons.

Given all those variables, serotonin can have contradictory effects—for example, by increasing pain sensitivity in some instances while dialing down the ouch factor in others. Here are some processes in which serotonin plays a role. 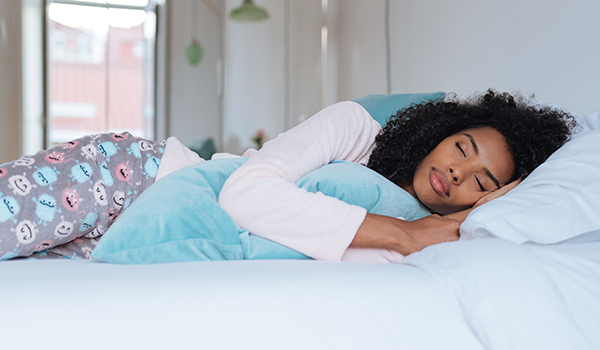 Serotonin may help prime the body for sleep and support good-quality slumber once we drift off, according to a 2018 review paper published in the journal Sleep Medicine, in part by spurring synthesis of other neurochemicals in the brain that make us tired. What's more, brain serotonin plays a role in maintaining normal breathing during sleep; disruptions in brain serotonin function may contribute to problems like sleep apnea.

Animal studies suggest that serotonin influences how the brain learns and uses feedback from the environment to adapt behavior—possibly, researchers believe, by enhancing the ability to form new connections between neurons. Low levels of serotonin may coincide with attention difficulties and symptoms of attention deficit hyperactivity disorder (ADHD).

In small studies of human volunteers, dysfunction within the serotonin system has been linked with dementia and mild cognitive impairment.

Serotonin can both inhibit pain signals and perpetuate them, animal research suggests, depending on which serotonin receptors are occupied. Many prescription headache medicines, such as the migraine drug zolmitriptan, work in part by stimulating specific serotonin receptors in the brain.

The jury's still out how closely this applies to humans, but research on rodents suggests that brain serotonin may influence sexual behaviors. In males, occupation of one type of serotonin receptor may facilitate erections and ejaculation. Occupation of another forestalls both. Similar complexity has been seen in female rodents: Dampening of sexual urges seems to occur when serotonin binds to one type of receptor, while sexual urges increase when serotonin binds to another type. In humans, sexual dysfunction is a commonly reported side effect of drugs that increase serotonin activity in the brain.

Serotonin exerts complex influence on metabolism and appetite, as well, a 2019 research analysis published in Endocrine Reviews suggests. In brain research conducted on animals, for example, serotonin has been found to trigger the production of other neurotransmitters that suppress appetite. On the other hand, elevated serotonin in the gut is associated with higher body mass.

Almost all immune cells contain serotonin receptors or transporters (enzymes designed to metabolize or synthesize serotonin), according to a 2017 research review. Serotonin may influence conditions such as gut inflammation, allergic asthma, and rheumatoid arthritis, the paper concluded.

Elevated blood concentrations of serotonin consistently have been linked with chronic diarrhea, while reduced blood levels of serotonin could explain some cases of constipation. Intestinal serotonin may also work closely with specific gut bacteria to coordinate fat metabolism.

The phrase “low serotonin” could describe one of several scenarios, says Dr. Diana Samuel, MD, an assistant professor of clinical psychiatry at Columbia University Medical Center in New York City. One scenario is that the body isn’t producing enough serotonin to meet its needs; other possibilities are that some neurons don’t have enough serotonin receptors, or that receptors aren’t adequately grabbing onto serotonin. Low serotonin can also mean that the chemical is breaking down too quickly to do its job.

Can I increase my serotonin levels?

Before exploring ways to increase your serotonin levels, it’s important to speak with your doctor about whether you’d benefit from a boost to begin with. Even among people who are experiencing signs of low serotonin, a different condition or an additional underlying cause could be involved—and amping up serotonin isn’t always better or safe.

Excess serotonin in the body can lead to a potentially life-threatening condition known as serotonin syndrome (or serotonin toxicity), marked by seizures, delusions, and spikes in heart rate. Later in this article you’ll find more information about serotonin syndrome, including causes and treatment approaches.

Given serotonin’s importance in the body and the risks of elevated serotonin, medical guidance is key to ensure you’re taking steps that support—and not undermine—your health. 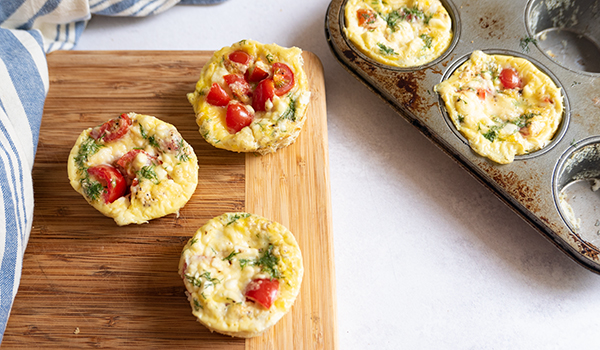 Tryptophan, an important amino acid that humans can only obtain through diet, is the body’s precursor to serotonin. The World Health Organization recommends a daily tryptophan intake of 4 mg/kg of body weight—for a person weighing 150 pounds, that’s about 272 mg of tryptophan a day.

Foods containing high concentrations of tryptophan, according to the U.S. Department of Agriculture’s National Nutrient Database, include:

Lifestyle measures that may increase serotonin

Research suggests that certain behaviors can affect levels of serotonin. These include:

Nutritional supplements that may increase serotonin

Some over-the-counter nutritional supplements are marketed with claims that they support mood balance and/or healthy serotonin levels. In most cases, the jury is still out on whether such supplements are safe or effective. Speak with your doctor before trying these or any other supplements, as some may cause side effects or interfere with your other medications.

Up to 25% of women and 12% of men experience symptoms of depression at some point in their lives. Feelings associated with depression include loss of motivation, loss of pleasure in things once enjoyed, insomnia or hypersomnia (sleeping too much), persistent fatigue, restlessness, feelings of unworthiness, difficulty concentrating, and/or recurring thoughts of death.

For generations, researchers have suspected serotonin dysfunction as a factor in depression. Indeed, a 2016 meta-analysis of 10 molecular-imaging studies in humans pinpointed a correlation between depression and low rates of serotonin-receptor binding in certain regions of the brain.

That said, depression is a complex illness likely shaped by genetic, psychological, environmental, and other factors, public health experts say. If you are experiencing signs of depression, speak with your doctor to develop a comprehensive care plan. Depression is a treatable condition.

Selective serotonin reuptake inhibitors (SSRIs) are a class of drugs most commonly prescribed to treat depression; they can also alleviate some forms of anxiety and chronic pain, Dr. Samuel explains. SSRIs work by slowing the removal of serotonin from between neurons, thereby increasing the availability of serotonin in the brain.

SSRIs are available in a number of FDA-approved formulas:

Because these drugs can have profound impacts on day-to-day functioning, anyone taking an SSRI should work closely with their physician or psychiatrist to ensure the medication and dose are working as hoped.

What is serotonin syndrome?

Serotonin syndrome is a rare but potentially life-threatening side effect of excessive serotonin in the body. Most cases occur when two or more serotonin-elevating medicines or drugs are taken at the same time, Dr. Samuel explains. In addition to SSRIs, such drugs include the prescription pain medications tramadol and fentanyl, a class of migraine medications known as triptans, the over-the-counter cough suppressant dextromethorphan, and illicit drugs such as cocaine, LSD, and ecstasy (also known as MDMA and molly).

Serotonin syndrome is marked by major changes in mental status, neuromuscular functioning, and autonomic functioning, Dr. Samuel says. Symptoms can present themselves in minutes to hours and may include:

Serotonin syndrome generally warrants an overnight hospital stay. Many patients receive oxygen, IV fluids, and other medications to regulate their blood pressure and heart rate, Dr. Samuel says. Severe cases of serotonin syndrome may require a course of treatment with benzodiazepines, which help reduce overactivity in the nervous system, or drugs that block serotonin production. Going forward, patients are usually advised to stop or reduce the medication that caused the syndrome’s onset, Dr. Samuel says. (Note: Do not stop taking a medication without close medical supervision.)

The upshot: Could you have low serotonin?

It’s important to consult with a qualified medical professional if you suspect your serotonin levels are less than optimal. The research community is still working to define “healthy” levels of serotonin, and currently there’s no easy way to measure a person’s specific serotonin function. While changes to diet and lifestyle may influence your serotonin levels, your moods, appetite, ability to manage weight, and sleep quality depend on many factors—not just your “chemical balance.”

Katherine Schreiber, MFA, LMSW, is a social worker and freelance journalist in New York City. She is the author of The Truth About Exercise Addiction: Understanding the Dark Side of Thinspiration. Follow her on Twitter @ktschreib.

This article was reviewed for accuracy in August 2021 by the WW Science Team.