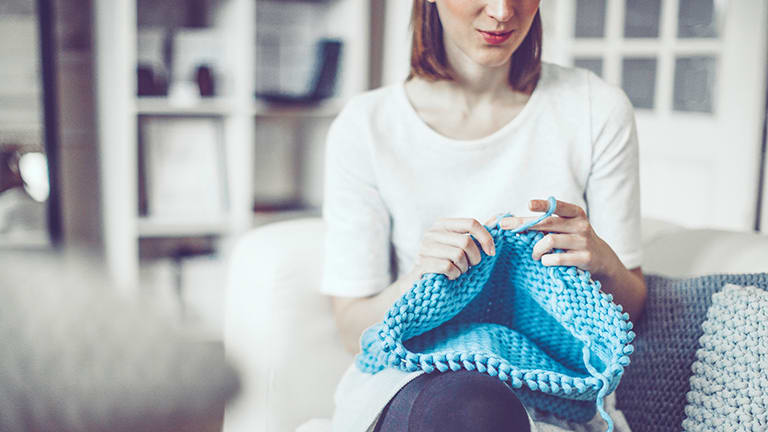 How to stop touching your face, according to behavior change science

Breaking this habit can help keep you healthy—and it's easier than you might think.
By Jessica DiGiacinto

In these days of social distancing, reducing contact is the name of the game. That goes for large gatherings—and our faces, too.

You’ve probably heard a whole lot lately about the potential risks of face touching, and for good reason: Hand-to-face contact—whether nose scratching, eye rubbing, or hangnail biting—can raise a person’s risk of developing a viral respiratory infection. And most of us touch our faces about 23 times an hour, suggests a small 2015 study (of medical students, no less) in The American Journal of Infection Control. Is it possible to break the face-touching habit in the name of good health? Sure, and the right know-how can help you do it.

Why habits can be hard to break

An unwanted habit like face touching can be tough to stamp out for a few reasons. For starters, most of us don’t even notice it’s happening—and that unconscious nature makes the habitual behavior tricky to anticipate. “Even if we really want to stop doing something, we don’t always think about our desire in the moment the habit is getting enacted,” says behavioral scientist Julie O'Brien, PhD, director of behavior change at WW.

What’s more, she says, unwanted habits often run on autopilot, thanks to the implicit association between cues and actions. With repetition, the brain learns to link certain prompts (for example, a feeling of nervousness) with certain behaviors (such as fingernail biting). Once tied, those two halves of a habit can be challenging to untangle, O'Brien says.

Reward and reinforcement are other aspects of how habits become fixed, O’Brien says. Going back to the example above, if you allow yourself to bite your fingernails at the onset of nervousness, your brain registers that as the reward, which completes the cycle and reinforces the desire to repeat it.


How to stop a face-touching habit

First things first: It probably won’t happen overnight. Forming a new habit can take about 66 days—give or take—before feeling like second nature, according to a 2012 research article in the British Journal of General Practice. But take heart: You can enjoy plenty of incremental progress along the way, and even a gradual reduction in face touching is a good thing. Read on for expert advice that will set you up for success.

Simply becoming more aware of an unwanted habit—and taking note of slip-ups—can help break the cycle, according to a 2016 review in the Annual Review of Psychology. To keep face touching top of mind, clinical health psychologist Robyn Pashby, PhD, founder of DC Health Psychology, recommends drawing attention to hands. A bold statement bracelet, brightly colored nail polish, even a scented lotion can keep you conscious of what hands are up to, Pashby says. Keeping both hands busy—whether with knitting, cooking, or woodworking—helps, too.

It’s easier to break an unwanted habit when a new behavior is there to fill the void, O'Brien says. She calls this an “if/then” approach, which creates a new association between a cue and a desired outcome. So try planning ahead for face-touching triggers and think about what you might do instead. For example: “If I feel my eye itching, then I will reach for a tissue to use as a barrier.” Next time the urge hits, you’ll be more ready.


Third: Be patient with yourself

Once you’ve set the stage to cut down on face touching, you may notice that you’re more tempted than ever to do it (was your nose always so itchy?). This is normal, Pashby says—and as long as you’re also committing to washing hands regularly, it’s OK to mess up while you’re breaking the face-touching habit. With practice, you will get there. Just take it one day (or one hour!) at a time.

Rewarding positive behaviors can help new habits take root, according to the Behavioral Science & Policy Association. And that doesn’t have to mean dropping a quarter in a jar every time you remember not to rub your eyes; any act of recognition can be beneficial, O’Brien says. One simple suggestion: Try jotting yourself a daily note of commendation to celebrate how your efforts are helping keep you and your community healthy. Then stick that note in a place where you’ll see it often (like your bedroom mirror or the corner of your computer screen). Small rewards can inspire meaningful change.

Jessica DiGiacinto is an associate editor at WW. A health and wellness writer and editor based in New York City, she’s contributed to Popsugar, Bulletproof 360, and Galvanized Media, among other outlets.